There’s a changing of the guard in Sydney’s apprentice ranks in the new season and Brock Ryan sees it as an opportunity to gather some momentum in what will likely be his final year as a junior rider. 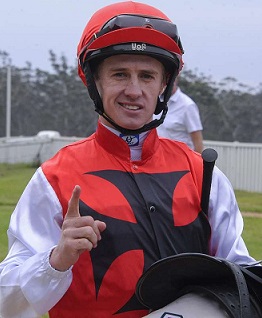 The 26-year-old still claims 3kg and he said it’s been a source of frustration that he hasn’t been able to capitalise on it but at Randwick on Saturday he sees a big opportunity to hit the ground running in 2020-21.

Dual champion apprentice Robbie Dolan is out of the picture and Ryan faces plenty of competition from the likes of Tom Sherry and Louise Day, who also claim 3kg, just to name a couple, for the claiming rides.

“Robbie has been too good the last year that’s for sure. I’ve been stuck on three for a long time but I’ve never got that roll on,’’ Ryan said.

“I’d ride one or two winners here and there then go for a month without one. Hopefully this season I can get some good rides and good opportunities.’’

Ryan’s apprenticeship is currently slated to end in May next year but with the coronavirus restrictions meaning he couldn’t ride in town for three months he’s hoping to see out the season, especially if he’s in contention for the vacant title.

The trio are horses Ryan has won on previously and he’s particularly keen to reunite with Monegal, last start third behind Edison at Rosehill three weeks ago, replacing Andrew Adkins who has been on board in all three runs this preparation.

“Andrew won on her first-up and it was a very good win and she’s held her form,’’ he said.

“You can have her wherever you want, I just need that bit of luck in the first half of the race then she should show a good finish in the end.’’

Ryan is wary of the five-year-old’s outside alley but is hopeful that if it’s not an advantage to be out wide come the second last race it’s at least neutral.

“I just need that bit of luck to get her to settle and get a nice run in transit and she’ll be right in the finish,’’ he said.

Inanup drops 100m on his impressive second-up win under Nash Rawiller back on July 11 but Ryan said he is a jockey’s dream who can adapt to distance and tempo changes and can only be excited about his prospects.

“He can be positioned anywhere in a race and has that nice turn of foot at the end, the 3kg off the 59kg is a huge help.

“They always mark him as the forgotten horse but he’s just so consistent and so honest.

“When I won on him at Rosehill (in January) he was behind the speed from a good barrier and he travelled strongly, we went to Randwick (February 1) with him and I drew bad and he didn’t jump that well. He was back last and second last and made a big swooping tun and only just got beaten on the line.

Inanup wins at Rosehill on July 11

“He can be wherever he’s comfortable and travelling. I’ve drawn a bit sticky so I wouldn’t be pushing forward on him but hopefully I can be midfield with cover and give him his chance in the straight.”

Brock Ryan’s comments on some of his other rides:

Fling (Race 1, $7): Matt (Dale) rang me and asked if I can claim my full 3kg so I’m going to ride her at 49kg. I’ve watched her last couple of replays and she’s won quite convincingly. She’s done it tough on the speed and had the audacity to pull away on them on the line. With that 49kg up on speed I reckon she will be real hard to beat.’’

Look Only (Race 4, $17): “She’s a nice filly and in that Highway she won quite easily and felt like she had more to learn. She had a bit of filling out to do, she’s a lightly framed filly and as soon as I got off her I said to Fabian (Azzopardi) she’s better than Highway form.
“Because she is a light framed horse I think she should get through a wet track, she feels like a horse that would glide across a wet track so hopefully I’m on the mark there.”