We start on a rain-affected track with the three-year-old boys at set weights. Improving colt 2. Beachhaven ($3.60 favourite on TAB) has had four weeks since working home fairly first-up in a similar maiden here. Improves over a bit more ground.

Dangers: Improving 4. Deliberation ($7) is down in weight four weeks after a fair country debut as an odds-on favourite.

How to play it: Beachhaven to win
Odds and Evens: Evens

Now the fillies edition and it's a much trickier, albeit potentially strong affair. Looking forward to the debut of 1. Adulting ($3.20) off a couple of eye-catching trials, ridden out in the second to make up plenty of late ground on a Soft 7. By dual Group 1 winner Contributer out of a Street Cry mare so should get through this ground.

Dangers: Progressive Godolphin filly 7. Flexible ($2.50 fav) defied her big price powering home to miss by a head second-up here a fortnight ago on a Soft 7. Drawn to get similar cover and being by Group 1 winner and unbeaten heavy track specialist Hallowed Crown, you would feel the wetter the better. Big watch on Hinchinbrook filly 2. All That Sass ($5) second-up, with blinkers on and down in weight off a handy debut at Newcastle. Expect a different 4. Big Angel ($7) resuming off a smart trial win in soft ground. Blew the start on debut back in August when backed from $6 into $4.20, and by another top-notch wet track sire in Zoustar. Watch the betting on Sou Think filly 8. Good Omens ($7.50) on debut for top stable after emerging from the pack to win that trial holding off Adulting.

How to play it: Adulting to win and quinella 1 and 7
Odds and Evens: Odds

The stayers get their turn and typically there are many chances. Love the value about tough 7YO 6. Shadow Flight ($8) who is screaming for this longer journey after making up plenty of late ground in his last couple. Drops back to mid-week class and won his only previous start on a heavy surface.

Dangers: Lightly raced mare 8. La Grisa ($3.60) is a threat third-up with winkers applied. Produced an enormous first-up run in a similar race here coming from a mile back before afforded little or no chance well back in a tougher Sat race. Yet to win, though, in six starts on soft or heavy ground. Inconsistent six-year-old 2. Kaapfever ($3.40 fav) failed to run home in a deeper Saturday race but returns to his home track where he finished hard to miss narrowly in a similar race to this. Blinkers go back on as does a 2kg-claiming jockey. Muswellbrook 6YO 3. Yuralla Boy ($8) was a dominant provincial BM 64 winner before chasing home a tougher stayer in a similar race at Newcastle. Gets in well at the weights after a 3kg claim, but query in this company on a heavy track. Good four-year-old 1. Secretly Awesome ($6) has plenty of ability but query the sharp step up in distance on a likely heavy track. Scored convincingly two runs back at provincial BM 64 level before flat late this grade on the Kensington Track.

How to play it: Shadow Fight each way
Odds and Evens: Evens

Now for the three-year-old and up sprinters. Smart Godolphin four-year-old 3. Deference ($2.60 fav) should have won here second-up when he had trouble getting clear before savaging the line to miss by under a half-length. Peaks now in the ground he likes and drawn to get plenty of cover.

Dangers: Provincial mare 6. Night Flyer ($6.50) resumes off a tidy trial and both career wins from 11 starts have come in heavy ground. Honest 7YO 1. Accelerato ($7.50) hit the line hard resuming in that same race as the top selection, normally holds his form into the next run and relishes wet ground, while improving 3YO 8. Dance ($4.60) won first-up for the new stable and down in weight for this harder test.

The girls three-year-old and up lock horns in what will be a tricky and wide betting race. Going out in the market with Hawkesbury four-year-old 7. Vulpine ($6 - pictured below) who is fifth-up and dropping back in class. Has been finishing off her races well enough and last prep finished strongly into a place on heavy ground behind a couple of smart sprinters. 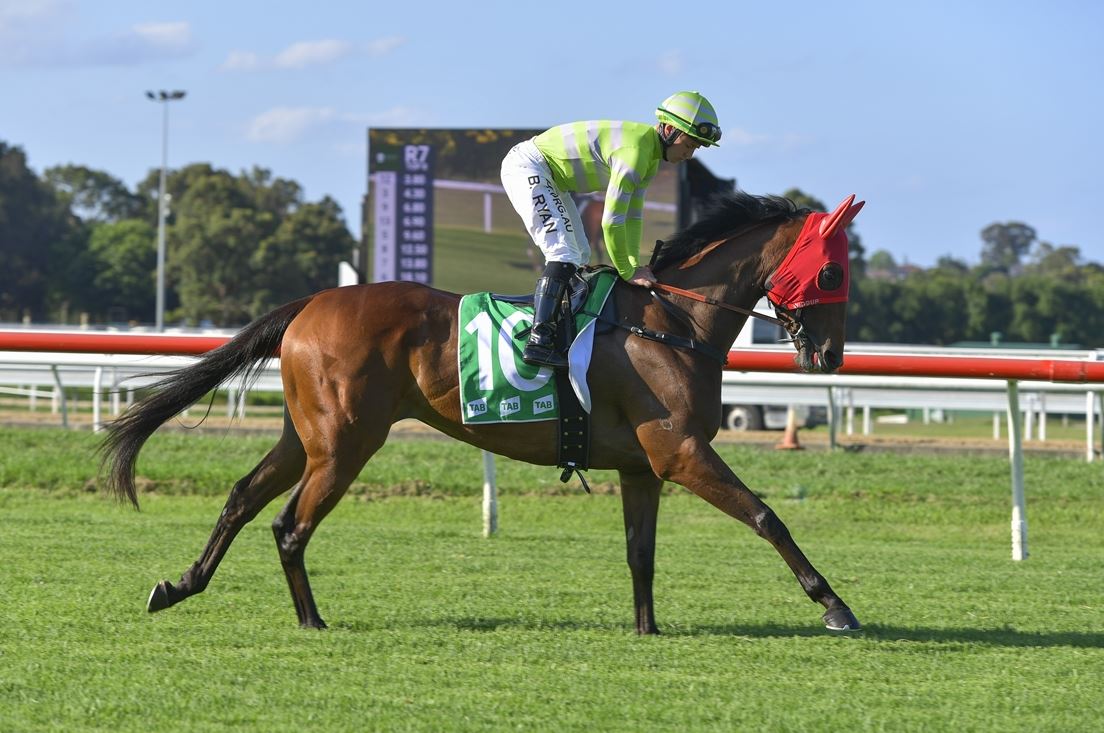 Dangers: Progressive four-year-old 3. Brazen Gem ($3.50) was caught wide in a stronger race at Randwick but kept finding the line. Drawn much better here and back to a more suitable race, but shoots up 4kg.

Lightly raced Hawkesbury four-year-old 9. Grace Bay ($8) steps into tougher metro grade at the right time after consecutive wins this prep, the latest at Nowra in the Belle Of the South.

Over the mile we go for the four-year-olds and up. Longer-priced Wyong five-year-old 9. Commander Bell ($6) finished hard at drifting double-figure odds in a provincial BM 68 and the third horse then won a BM 72 here late last month. Drops 2kg coming to town and handles rain-affected going.

Dangers: Improving six-year-old 1. Night Of Power ($2.50 fav) just missed resuming as a gelding at Kembla before becoming unsettled in the run at Canterbury. Drops back to a thinner race from a better draw and will be hard to beat if he handles the conditions. Expect sharp improvement third-up from five-year-old 6. Mubariz ($5.50) who struck trouble resuming and then got well back next start, yet found the line okay both times and will relish this longer trip. They took the blinkers off four-year-old 2. Get The Idea ($4.20) last start here and he went close. Should find a similar position from the good gate and while he has won in heavy going, can be hard to catch.

How to play it: Commander Bell each way and box trifecta 1,2,6,9
Odds and Evens: Split

We close with the three-year-olds and up and it doesn't get much easier. Talented three-year-old 16. Blondeau ($4.40 equal fav) hit the line to miss by a nose in a deeper race in his first run here since switching back from a Victorian campaign, and his only win so far was second-up.

Dangers: Progressive four-year-old 2. Escaped ($4.40 eq fav) will be hard run down on a surface he likes after sticking on well resuming on the Kensington Track, while four-year-old 12. Snitzify ($7.50) missed by a whisker resuming in a BM 64 at Newcastle and has solid enough wet track form.

How to play it: Blondeau to win
Odds and Evens: Evens