Kris Lees is keeping a close watch on Sydney’s weather before deciding if he will run either or both of his Missile Stakes acceptors at Rosehill Gardens on Saturday.

Triple Group 1 winner Le Romain (Jason Collett; $15 on TAB) and Group 3 Newcastle Newmarket winner Special Reward (Brenton Avdulla; $9.50) are both scheduled to begin new campaigns in the Group 2 Iron Jack Missile Stakes (1200m), which will be run at set weights and penalties after previously been a weight-for-age contest.

Rosehill was rated a Soft 7 this morning with a penetrometer reading of 5.77, but constant rain is now falling over Sydney. 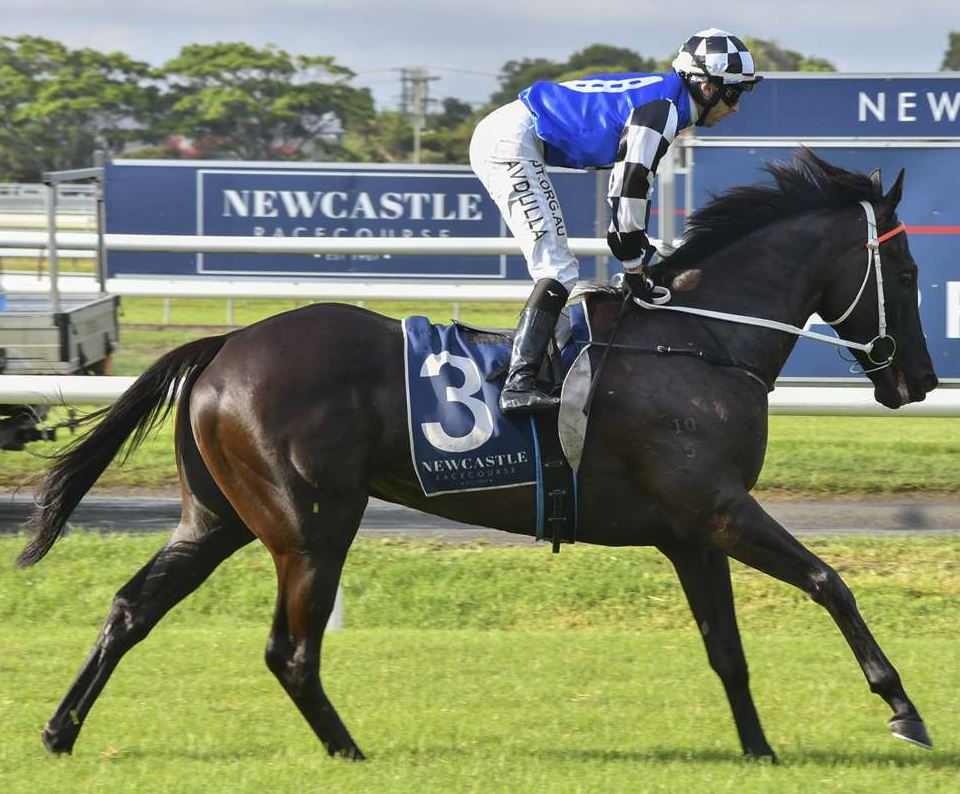 Special Reward with Brenton Avdulla aboard. Image by Bradley Photographers

“At this stage, I’m waiting to see what happens with the weather,” Lees said this morning. “If the track becomes really heavy I’m doubtful about running both horses.

“I would be reluctant to start Special Reward first-up on testing ground especially from the outside barrier, and though Le Romain likes wet ground, he bled in The Hunter last November and I wouldn’t risk him on a very heavy track.”

Lees is delighted with eight-year-old Le Romain’s progress this time in work, and considers him the better chance of his two acceptors if both start.

He trialled both at Gosford last Monday; a similar formula which he used with Mugatoo at home leading up to his brilliant first-up victory at Rosehill on July 25.

Lees raced Le Romain only once in the autumn, cancelling plans to head to Brisbane when the winter carnival was disrupted as a result of the COVID-19 pandemic. Le Romain ran third (stablemate Invincible Gem was second) to Alizee when only five horses contested last year’s Missile.

Former West Australian Special Reward has raced only four times for his new trainer, winning his last two at Group 3 level (the Southern Cross Stakes, 1200m at Royal Randwick on February 15 and Newcastle Newmarket, 1400m on March 6). Though he is unbeaten from three starts on soft tracks, he is untried on heavy ground.

Le Romain and Special Reward are likely candidates for the $160,000 Group 3 Australian Bloodstock Cameron Handicap (1500m) at Newcastle on September 18, with the latter getting the chance to clinch this year’s Newcastle sprint double.

Lees also is unsure about running Cristal Breeze (James McDonald; $5) in the Benchmark 78 Handicap (1200m) tomorrow: “He won first-up on a heavy track at Canterbury, but I’m trying to avoid really heavy ground with him,” Lees said.

“Again, depending on what the conditions are tomorrow, I might keep him for a similar race over 1400m at Randwick (the meeting has been switched from the Kensington track) next Saturday.”

Regardless of what Lees decides with the above trio, one thing is certain. He will start Wandabaa ($4.60) in the Benchmark 88 Handicap (1200m) against her own sex. Apprentice Louise Day’s 3kg claim lessens her weight to 56kg, and she has the inside barrier against only six rivals at present.

Wandabaa has an excellent record of six wins from 12 starts, including two recent Sydney victories and a second to Starla in a Doomben 3YO Handicap (1350m) on June 27.

“She had a little freshen after the Brisbane race, and a nice tick over trial at Gosford last Monday,” Lees said. “Whilst she hasn’t raced on heavy ground, I think she will handle it okay. Wandabaa is in good order, and I expect her to run really well.”