Kris Lees says Mugatoo will be strong late at Rosehill Gardens on Saturday, but warns his 1500m resumption is “well short of his best distance”.

The exciting Australian Bloodstock import returns in the Listed Winter Challenge, and Hugh Bowman links with him for the first time as he also resumes after a mid-winter break.

Mugatoo created a big impression at his first Australian campaign, winning three of his five starts including a first-up 1600m victory in a Benchmark 88 Handicap at Royal Randwick in January, and connections are looking to him making further progress as feature spring racing nears. 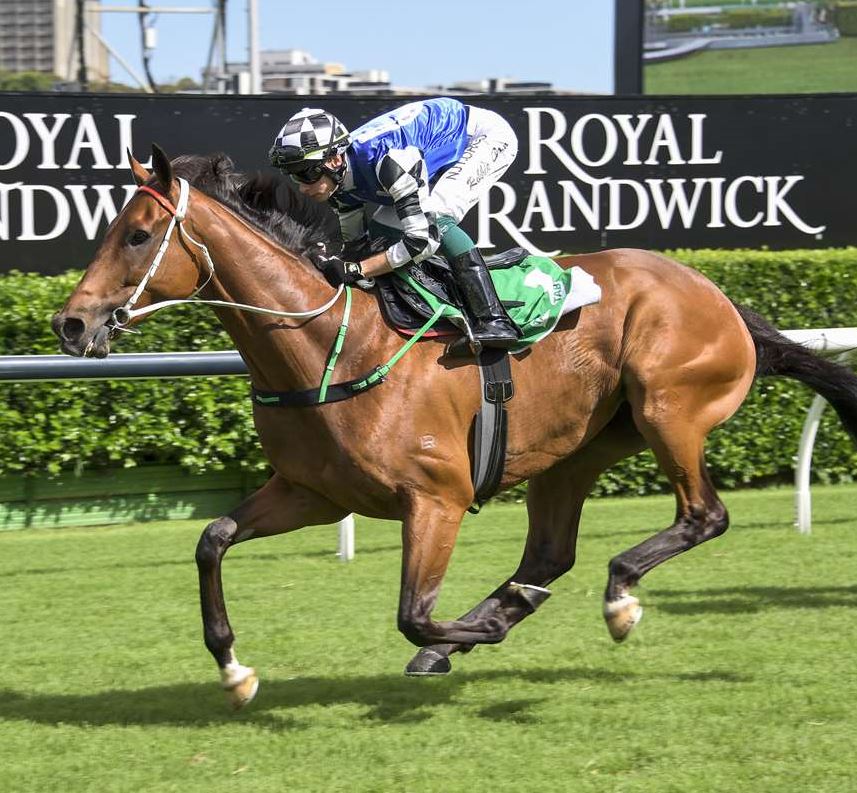 Mugatoo wins on the Kensington Track with Robbie Dolan aboard. Image by Bradley Photographers

That Randwick success was achieved on the back of one trial, and Lees opted to follow a similar pattern with the five-year-old, who ran home stylishly when fifth to stablemate Kedah in a 1000m trial on the Beaumont track last Monday.

“Saturday’s race looks the right one to kick him off in,” Lees said. “It will help get him ready for longer races later in his campaign.”

Lees has decided to put a cross over nose band on Mugatoo at Rosehill, explaining it will help him relax better instead of being a little aggressive. The gelding wore the gear in his Beaumont trial.

“I’m happy with how Mugatoo is progressing, but the 1500m is well short of his best distances,” Lees said. “He will be giving away a tidy start, but will be strong late.”

Lees is eyeing the Group 3 Premier’s Cup (1900m) at Rosehill on August 29 as Mugatoo’s first feature assignment, with races such as the Group 3 Newcastle Gold Cup (2300m) on September 18 and Group 1 The Metropolitan (2400m) at Randwick on October 3 likely later targets.

Lees also confirmed two-State acceptor Korcho won’t be going to Brisbane for a Benchmark 78 Handicap (2000m) at Doomben on Saturday, but is also not a certain starter in a similar race over 2400m at Rosehill.

Nash Rawiller has been booked for Korcho, whilst stablemate Continuation (Robbie Dolan) will definitely line up in the same race: “He has been thereabouts lately, and is some hope if he can get a decent run from a good draw,” Lees said.

Newcastle Newmarket winner Special Reward is scheduled to resume in the July Sprint (1100m), and Lees has booked his 3kg claiming apprentice Louise Day to offset his 62kg topweight.

However, Lees is also delaying a decision on a start. “I’m undecided about running him because he is awkwardly drawn with a big weight,” he said.

Day also rides Zaniah in the Benchmark 78 Handicap (1100m), and Lees will instruct her to be positive from a soft draw: “Zaniah looks well placed after Louise’s claim with only 52kg,” he said. “She can certainly bounce back at the weekend.”