Lees Applies Shades To Give Lily Some Spark (Randwick, Sat)

Kris Lees has resorted to blinkers in the hope it will stimulate Itz Lily ($19 on TAB) to return to winning form at Royal Randwick on Saturday.

Stable apprentice Louise Day, fresh off a breakthrough city treble at Warwick Farm on Wednesday and another winner at Hawkesbury on Thursday, partners the four-year-old in the Benchmark 78 Handicap (1800m).

Day’s valuable 3kg claim lessens Itz Lily’s weight to 54kg, and the mare has come up with the rails barrier on a track which improved to a Heavy 9 rating. 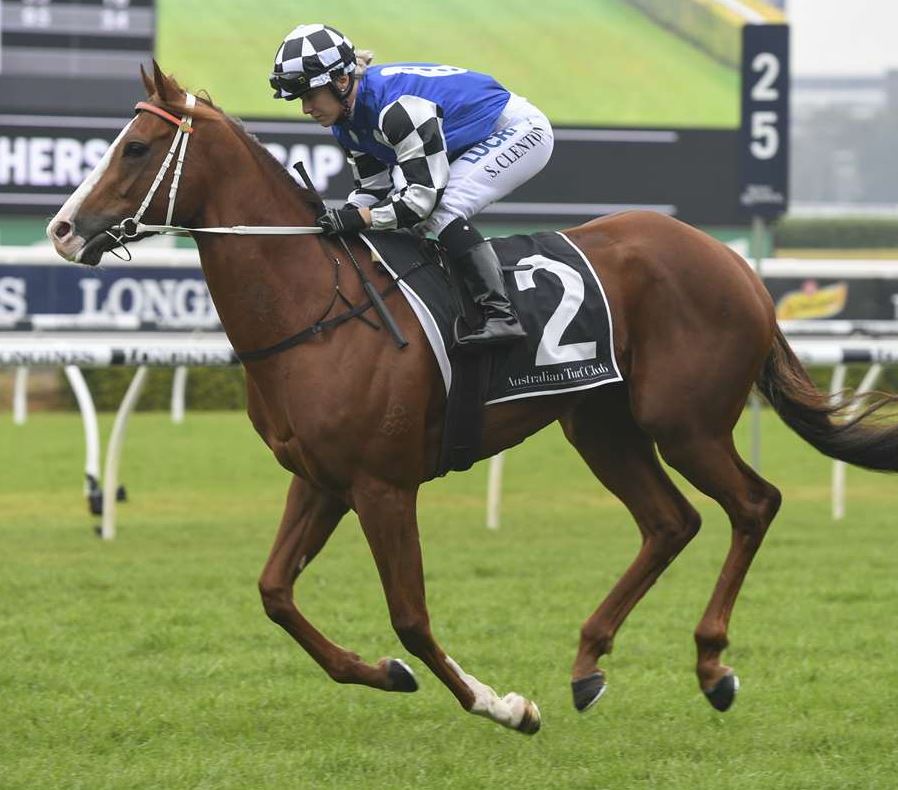 Itz Lily with Samantha Clenton aboard. Image by Bradley Photographers

Itz Lily has raced five times this preparation without regaining her good three-year-old form of last winter when she finished fourth in the Group 2 The Roses (2000m) at Doomben and then scored over 1800m on heavy ground at Randwick.

However, she has been plagued by wide draws in four of those five runs, and managed a minor placing second up over 1550m on the Kensington Track in May.

At her last start, Itz Lily finished sixth (beaten seven lengths) to Le Lude on the Kensington circuit in a similar race to what she contests on Saturday.

“I’m trying something different with Itz Lily,” Lees said. “Hopefully the blinkers will switch her on.”

Lees has three other Randwick acceptors, but Chalmers will be an absentee from the Benchmark 78 Handicap (1800m).

Syncline is unbeaten at both starts this time in work since being gelded – at Taree and Hawkesbury – and his trainer is confident he can make the jump to city grade. He withdrew him from a Warwick Farm assignment on Wednesday and doesn’t consider Saturday’s race is any stronger.

“Syncline struck a heavy track when he led throughout in a Class 1 Handicap (1300m) on heavy ground at Hawkesbury on July 12, and has trained on well,” Lees said.

“Stella Sea Sun likes Randwick and wet ground, and Louise’s claim will be very helpful. She just needs a bit of luck to be right in the finish.”

It has been another successful season for Lees, who goes into today’s season finale at Wyong with 206 overall winners, 193 of them which will provide him with the title of the State’s premiership-winning trainer.

He considers Blazing Sunrise, narrowly beaten under 60.5kg when resuming at Newcastle on July 7, as his best prospect.