Jean Embraces The Everest Ride Of His Life

Jean Van Overmeire is no stranger to making the most of an unexpected opportunity and he’s been handed a huge one with a ride in the TAB Everest, Australia’s richest race.

He doesn’t care that Embracer is considered the outsider of the field, a horse just making up the numbers after being a surprise inclusion in the field late on Monday, and there’s no way he’s taking that approach into Saturday’s 1200m sprint classic at Royal Randwick.

The 27-year-old knows acutely that if Hall Of Famer Gai Waterhouse, who co-trains with Adrian Bott, even thought for a second that he had such an attitude he wouldn’t have even been considered.

"I spoke to Adrian (Tuesday) morning and I almost fell off my chair when he told me,’’ he said. 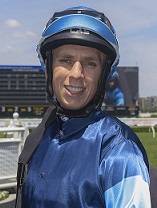 “It’s massive. I can’t thank Gai and Adrian, the whole team, (slot holder) James Kennedy, for giving me the opportunity.

“Especially for someone just coming out of their apprenticeship, I’m not even a full month out and here I am with an Everest ride. It’s unbelievable.”

Van Overmeire has made a habit of getting up again after being knocked down with injury and his Everest call up is the greatest reward.

The past three seasons haven’t been kind to him, with a series of injuries costing him time in the saddle and potentially a champion apprentice title. When your name appears in a headline with the words ‘injured again’ it can get frustrating.

He’s broken a shoulder, an ankle, a wrist to name a few but it’s only made him more determined and that resolve has been vindicated.

“I’m fortunate that I’m able to come back every time,’’ he said.

“You get setbacks, who cares. You get up and move forward again. I think coming back every time is important.

“It’s a feather in my cap that my name was being thrown around. I’m thankful that it’s me, they could have picked anyone.”

So how did Van Overmeire secure the ride on Embracer?

The six-year-old isn’t foreign to him as he spent quite a bit of time working with the Waterhouse/Bott yard prior to the lockdown and rode him to a barrier trial win on August 6.

Since then Embracer, $51 with TAB after drawing barrier three on Tuesday, has mixed it with the likes of Epsom winner Private Eye and was beaten just over a length by Masked Crusader in the Group 2 Premiere Stakes two weeks ago at his weight-for-age debut.

“I don’t see him and the outsider of the field at all. He is a horse that is very capable,’’ he said.

“Many people have said it is an open Everest. I can’t say there’s no pressure because it’s a massive race but it takes that little bit off compared to if you were riding Classique Legend.

“You’re going to have butterflies in the stomach, it’s going to be a huge adrenaline rush and there’s going to be crowds there which we haven’t had for so long.”

Van Overmeire has had 11 Group 1 rides, including the last two Golden Slippers, his biggest win was on Glistening in the Group 2 Reisling Stakes earlier this year and he played super substitute when with just minutes preparation he rode Fituese to win the Group 3 Toy Show in August.

Most people would say doesn’t need to worry about thinking what it might be like to win the TAB Everest. But of course he has. Wouldn’t you?

“It’d just be a massive rush. I know one thing I’d definitely be lost for words,’’ he said.

“You don’t know what to feel. I’ve not been in that position (to win a Group 1) but it’s just a matter of time.”

All the fields, form and replays for Saturday's TAB Everest at Randwick