Garden Ready To Step Out Of Big Sister Winx's Shadow

Imagine having Dawn Fraser as your older sister, or Cathy Freeman, or Ash Barty, and following them into the sport that made them a household name! 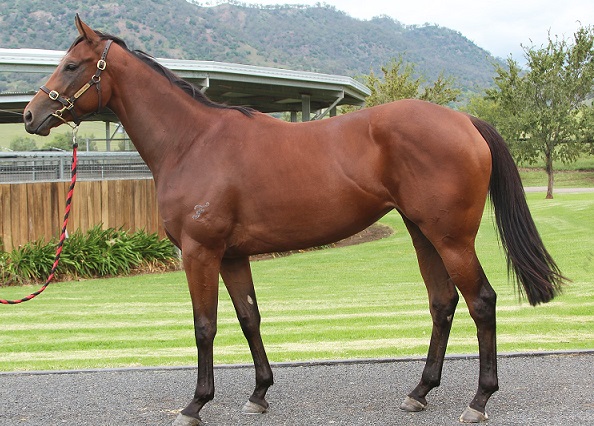 In racing there’s Winx, a mare who smashed all the records as she dominated the sport with her unbeaten run stretching 33 races across four years. We know her story.

Enter Covent Garden, who will be the first sibling of the great mare to race in almost three years when she steps out this week, likely at Canterbury on Wednesday after her scratching from Monday's Warwick Farm engagement.

Like Winx, and all the progeny of Vegas Showgirl, two-year-old Covent Garden was bred by John Camilleri, whose Fairway Thoroughbreds also owns the filly by Exceed And Excel, and he hopes she’s inherited at least some of her older sister’s talent.

“She’s a glamorous filly, she’s as good looking sort as you get,’’ Camilleri said of Covent Garden.

“She’s beautiful bodied and there’s a lot of quality about her, she has a lovely temperament.’’

Covent Garden likely doesn't know she has a Hall Of Famer as an older sister but has a head start with the privilege of the same captain and coach as Winx with Hugh Bowman set to ride for trainer Chris Waller.

Her first trial was back in March but Waller elected to give the filly a bit more time and she resurfaced for two more trials in May, winning the latest at Canterbury a bit over a week ago.

If she debuts at Canterbury in the Harry Angel @ Darley Handicap (1100m) her first start will be just a few days beyond exactly six years since Winx kicked off her career at Warwick Farm, winning as a $5 chance on June 4 in 2014.

“Chris Waller looks after all his horses and he is very mindful of who this filly is and he has taken his time with her,’’ Camilleri said.

“I think the Waller stable thinks she has quite a bit of ability too but we will know that soon.”

Whether it’s because she boasts Winx as an older sister, or what she’s shown in her couple of recent barrier trials, Covent Garden could well start shorter than Winx did at her debut.

Camilleri said it’s not his style to go to the races confident of a win but you sense he’ll be disappointed if she doesn’t at least run well.

“All I want to see is her to show some of the ability she has shown in her trials,’’ he said.

“It is better to go to the races and expect nothing and be pleasantly surprised otherwise it’s a long drive home.

“You can’t expect any horse to live up to Winx. But you can dream about it, it costs nothing.

“Even if she’s quarter as good as Winx she is a very valuable filly.’’

Covent Garden wins a trial at Canterbury on May 29

Obviously Winx is the headliner among them, her Snitzel son El Divino dead heated with Astern to win a Group 3 Kindergarten Stakes, El Divino’s full brother Boulder City retired to stud unraced as did their full sister Courchevel.

Last September she foaled a Deep Impact filly and was served last spring by I Am Invincible.

Winx is currently in foal to I Am Invincible and due to give birth in three to four months.

Camilleri was never in the spotlight when it came to Winx’s career and that’s how he liked it, plus he says all he did was send Vegas Showgirl to Street Cry back in 2010.

“I’m proud of her and proud of the people who trained and cared for her,’’ he said.

“My job was easy, the rest was done by Chris Waller and his team.”

All the fields, form and replays for Wednesday's Canterbury meeting