If there’s one trainer who doesn’t mind the prospect of a wet track at Randwick on Saturday it’s John Sargent as his in-form gallopers Foxborough and Come Along chase back-to-back wins. 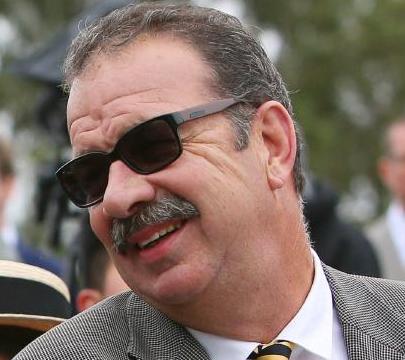 Wagga Guineas winner Foxborough ploughed through a heavy track to win the Murrumbidgee Turf Club feature earlier this month by over five lengths and Sargent is feeling good about stepping her up in distance in the Sporting Chance Cancer Foundation Handicap (2000m).

The filly was set on a Victorian Oaks campaign in the spring and Sargent believes in hindsight she wasn’t quite ready for it but says she’s a different horse now and certainly hopes the rain has arrived come Saturday.

“On that last run, she showed she went through the line in the wet, the 2000m shouldn’t be a problem now,’’ Sargent said.

“She ran a good race (last time at 2000m), she ran fifth in the Wakeful and didn’t stay in the Oaks, and she’s stronger now.

“Wagga was the wettest track she’s been on and she handled it, we’re going to get a bit of rain and that will suit her.’’

Randwick was rated a soft 6 on Wednesday with some rain forecast through to race day.

Sargent said an impressive win might encourage him to send Foxborough to Brisbane for the Group 2 Roses (1800m) at Eagle Farm on June 13 but is wary that it’s an ordeal to send a horse north at the moment.

Jockey Brenton Avdulla ventured to Randwick on Tuesday to put the filly, $6.50 with TAB on Wednesday, through her paces and Sargent said there’ll be no excuses.

“Brenton has ridden her before, he was unlucky at Warwick Farm on her, and it looks a nice race for her,’’ he said.

“While she is in form she will race. The fields are so big at the moment, I think that’s because of (the virus), you can’t get to Queensland easily so everyone is carrying on racing them.

“There’s no rush to put her out because she is in form but hopefully the older she gets the better she gets.’’

Consistent gelding Come Along certainly doesn’t mind getting his toe in the ground and he returns to Saturday racing in the Calyx @ Coolmore Australia Handicap (1500m) on the back of a confidence boosting Canterbury win.

It was a deserved win too as he’d been narrowly beaten by Gone Bye, on a heavy track and with Foxborough in third, and The Cartoonist in successive starts and Sargent said his honesty will take him a long way.

Foxborough wins the Wagga Guineas on May 1

“He’s got a soft gate and it worked out last start having him up there and we’ll probably be a bit handy again.’’

Adam Hyeronimus replaces the injured Josh Parr and ‘Hippo’ took the opportunity to get acquainted with Come Along at trackwork on Tuesday.

He’s $10 with TAB and Sargent said it was important that Hyeronimus had a reconnaissance ride.

“He’s quite a quirky horse, he needs a lot of pace on then he relaxes,’’ he said.

“If it’s a bit slow he can pull, he’s growing up now and he’s a lot more relaxed on race day. He’s turned the corner, he’s been in a long time but seems to be thriving.”