When Nature Strip wins, he gives nothing else a chance. That blistering sustained speed was again on display on autumn’s biggest sprint stage, the Group One TAB TJ Smith Stakes (1200m) on Day 1 of The Championships at Royal Randwick.

When the Chris Waller-trained five-year-old produces his best, no sprinter in the world, let alone the country, is currently capable of giving him a start and running him down. 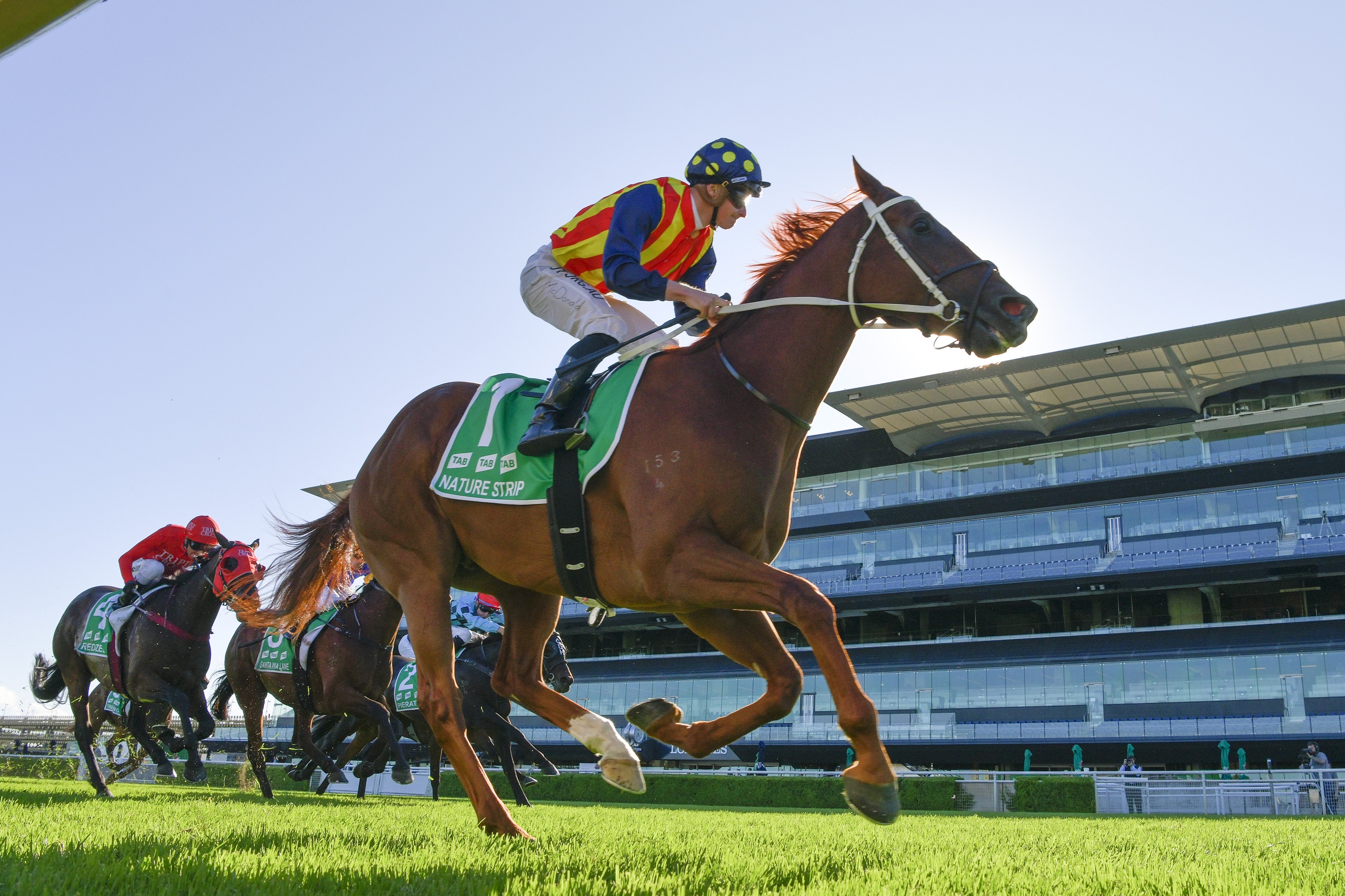 Nature Strip was untouchable in the TJ (Pic: Steve Hart)

Nature Strip’s regular jockey James McDonald conceded that even he isn’t immune to sharing a love hate relationship with the son of Nicconi but said the sprinter is fast becoming one of his favourite ever horses.

“He is definitely well up there and it is a privilege to be a part of him,” beamed McDonald.

“He is just a gem. You can see how quiet he is. I think he just likes a bit of racing. Once he gets a bit deeper into his prep he loves stable life with the Waller camp. He is doing a marvellous job.”

“As everyone knows, the first furlong is key to either winning or not. He is getting to the stage now where even if he is getting pressured, he is coming back that length until I signal for him to go. He is just getting better and better and he is a gem to be a part of.”

“I could see them coming across. Nature Strip was waiting for me to click him up, he went through his gears really well. From about the 800m I felt like he was airborne from there and he was high steaming from the top of the straight.”

“I knew he was going to be vulnerable late but it was just a matter of getting enough out of him towards the end. He is just going so well.”

It was Nature Strips fourth Group One, with Waller suggesting that it’s now all roads to The TAB Everest in the spring.

“I’d say there’d be plenty of people chasing him in The Everest and that’s a big race,” said Waller.
“After today’s dominant win I doubt we’d need to go to the All Aged, we don’t need to be greedy.

“What he does to his rivals is he makes it so hard for them to stay with him and gee from the 600m mark to the 300m mark you can see they’re all just struggling to stay with him. And he can still maintain it for 1200m,” said Waller.

“So wow, what a great horse and we’ve got a lot to look forward to.”

All of the results and replays for The Championships Day 1 at Randwick.