Farm Assignment A Fork In The Trail For Vella's Blaze

Trainer Matthew Vella has no doubt handy three-year-old Blaze A Trail can develop into a serious racehorse but whether that’s as a colt or a gelding could depend on his performance at Warwick Farm on Wednesday. 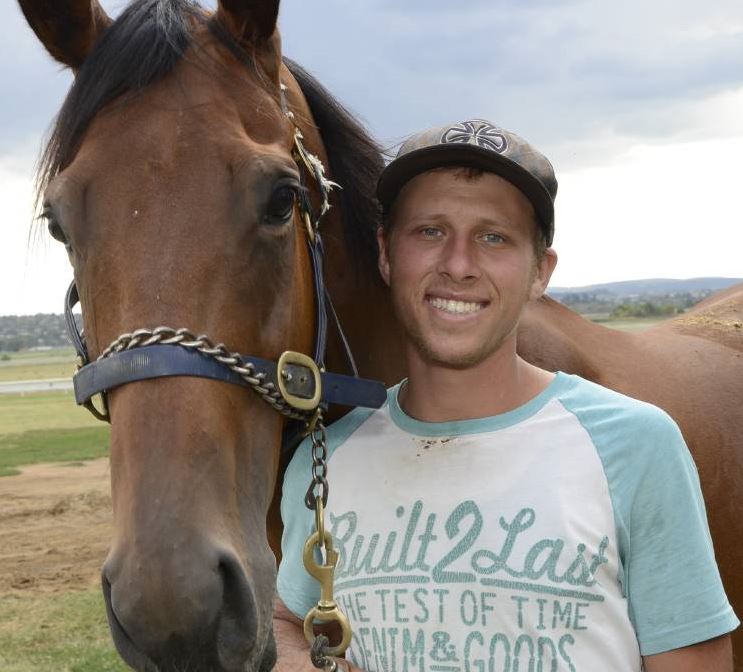 A northern campaign has been high among Vella’s plans for Blaze A Trail over winter but he said there’s little point in pursuing Brisbane if he doesn’t fire in the Vinery Stud Handicap (1600m).

Blaze A Trail has won two of his five starts for Vella, he started his career with Peter and Paul Snowden and ran third in the $1m Golden Gift, and came off a setback with a fifth placing over 1300m at Hawkesbury on April 14.

“I was happy enough with his first-up run coming off a bit of a let up on a leader biased track,’’ Vella said.

“But he will have to shape up or I won’t be pursuing any Brisbane path.

“He definitely has a future, it’s just whether it is as a colt or as a gelding and racing on for the next few years. I’d love to see him show it this week.”

Vella says Blaze A Trail is a talented horse but he does have his quirks, one of those is he prefers a dry track, and has been a little hard to manage.

He showed in the late summer he has the potential to develop into an above average horse, particularly when he was unlucky as favourite behind the subsequent Group 1 placed Sky Lab.

“He was flying until he had that little set back,’’ he said.

“His two runs were enormous. Whether he should have beaten Sky Lab I’m not sure, if he had have seen daylight we don’t know what he would have done.”

As for his Hawkesbury effort, where he was beaten three lengths by Luvoir, Vella was initially disappointed but when Blaze A Trail returned to the yard shoeless on one hoof and feeling very sore he concluded there was more merit in his run than there looked.

“Generally I wouldn’t use it as an excuse, but with him he’s just a big softy,’’ he said.

“He lost a shoe in the run and he was sore in that foot when he came back in. I’m going to give him a bit of credit for that.

“The sort of things he was doing wrong are ironed out but he’s a big horse and gets injured so easily.”

Blaze A Trail runs fifth at Hawkesbury on April 14

Vella has a clear picture of where he’d like the colt to be positioned at Warwick Farm and hopes Rachel King can take advantage of drawing favourably.

“I’m sure he can get there from barrier three, he’s easy to put anywhere and he’s not lazy, so (Rachel) will just have to sit there and steer most of the way.

“Hopefully then he can use that good turn of foot. He definitely will run well but he has to either win or be finishing off strong or be unlucky not to win for me to think about other races.”