Campbell Rawiller has been patiently bubbling under the surface since he made a high profile move to Sydney about five weeks ago and now the autumn carnival is over he’s put the onus on himself to start delivering winners. 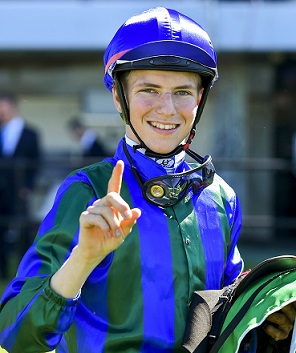 The son of champion jockey Nash Rawiller had build a reputation as a talented apprentice in Victoria with over 100 winners prior to linking with Gai Waterhouse and Adrian Bott last month.

In the past month he’s had just 26 rides, posting his first winner on Cuban Joe at Kembla at the start of April, but said it’s time he started to make an impact in the apprentice ranks.

“Part of finding my feet up here was always going to be a patient wait for the carnival to finish,’’ Rawiller said.

“I’ve got a good bit of my claim left and I’d like to start chipping away at that.

“I feel like I’ve got to start getting the job done now and putting wins on the board. The support has come a bit easy at the moment and I feel if I don’t produce I’ll start losing that support.”

He's already attracted rides from Godolphin, Chris Waller, of course Gai and Adrian, and a host of other city stables since he landed in Sydney and it’s for Waller he says he has his best chance of recording his first Sydney winner at Warwick Farm on Wednesday.

Willowheart is the horse in question and she was beaten in the last stride first-up by Grande Rumore at Canterbury back on April 7 with Rawiller, who turns 20 later this week, in the saddle.

With that experience, and extra fitness on the mare's part, he's quietly confident the pair can go one better in the XXXX Handicap (1200m). Willowheart was $4.40 with TAB on Tuesday.

“I thought I was home until the last 100m, she just started to feel it and I was wary of something swooping,’’ he said.

“It was a shame I couldn’t get that win on the board.

"I think the horse will take good improvement off that run and hopefully we can get a good run in transit and I think she will take a bit of beating.

“Hopefully there are no late swoopers and we can get the job done. I’m thankful for the support (Chris Waller) has given me since I’ve been up here and he’s helped me get a roll on with my name in the book.”

He also rides Miss Maz, owned by John Singleton, and Zell for Gerald Ryan and Sterling Alexiou, as well as Tudor Music for Greg Hickman at Warwick Farm and he’s set to make his Saturday metro debut this weekend at Hawkesbury.

With leading apprentice Tom Sherry out injured there’s a space for a 3kg claiming young rider to get some momentum in town post The Star Championships and Rawiller is wary that, especially among apprentices in the ‘off-season’, success attracts the good rides.

“I felt it was the right sort of move to make with the way Melbourne is, six new apprentices get taken in every year and it’s hard to keep that momentum when you have a large variety of riders,’’ he said.

“I have a good connection with both Adrian and Gai, the lessons they’ve taught me I’ve found very helpful, and Dad’s been fantastic. Sydney is a different lifestyle and different type of racing.

“I thought there was a good opportunity up here to take the punt I can make it but I’ve got to keep working hard on building the connections and riding winners.”