James McDonald only needed one feel of Through The Cracks to declare that the five-year-old would win the $400,000 Polytrack Provincial Championships Final (1400m) at Randwick on Day 2 of The Championships. 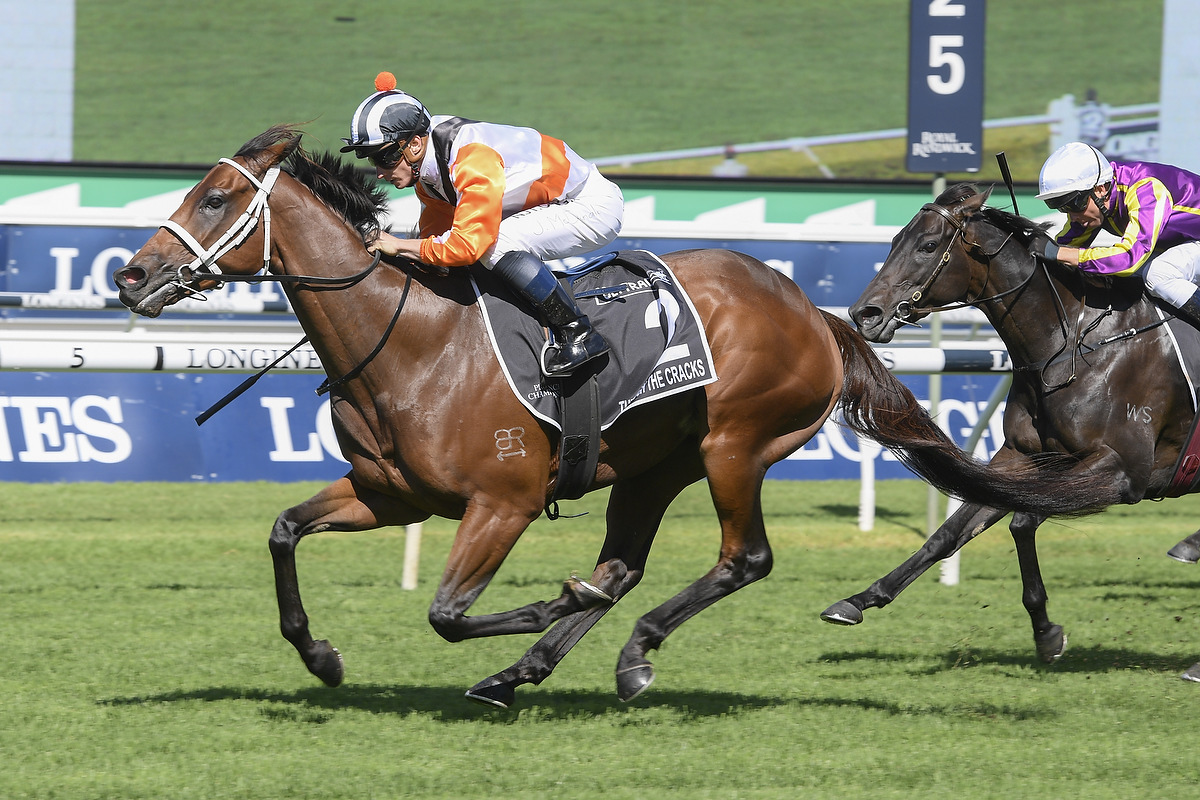 Through The Cracks and James McDonald (Pic: Steve Hart)

The champion jockey sat on the Angela Davies-trained backmarker in a recent barrier trial where he split Group One winners Happy Clapper and Olmedo.

“With a preparation like that he was never going to get beaten today,” said McDonald after Through The Cracks swept down the middle of the track to beat Moana Jewel and Oxford Tycoon.

“He put in a fantastic trial the other day. I said to Angela that they won’t beat him after that trial. He had so much improvement in him. He was turned out in fantastic order and he was well. It was a good performance.”

“I was looking forward to this race as much as most of them all day. I thought he was a great chance and to have a ride in such a prestigious event, for the provincial trainers it’s huge.

“Obviously I picked up the ride due to Jenny (Duggan) not being able to come here, which is unfortunate for her, but I’m rapt for the connections.”

Punters Intelligence revealed that Through The Cracks broke 33 seconds for this last 600m in his qualifier behind Asharani before again posting a dominant final split at Randwick. His last 600m of 35.72s was a length faster than anything else in the race.

“James said he would like to be midfield, but I told him not to get him out of his comfort zone, he’s got the best finish ever, you’ve just got to leave him alone and he’ll do the best thing for you at the end,” said an ecstatic Davies.

“It got to about the 200m and I just started yelling, it was great, what a thrill.

“He just keeps improving, we had a bit of a slow start because he was immature, but as he is maturing he’s just getting better and better.”

Check out the results and replays for Day 2 of The Championships at Randwick.