Regan Bayliss had to go to Plan B to win the inaugural $500,000 The Coast (1600m) but he got the result he hopes will propel both him and Brandenburg to bigger and better things. 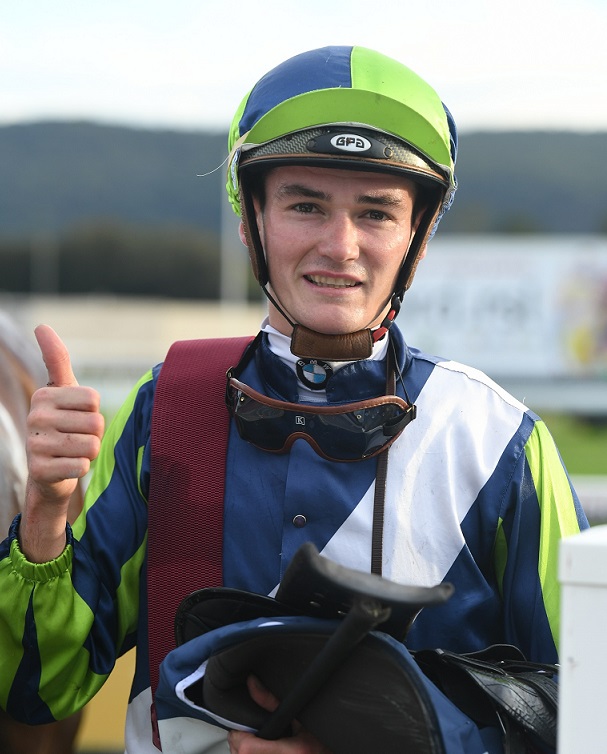 The 24-year-old jockey only had the one ride at Gosford on Saturday, because Brandenburg was initially heading to the Gold Coast, so he knew it was important he rode the four-year-old to perfection from the outside alley.

He intended to lead, or sit outside the leader, but Bayliss read the play early and settled the John Sargent-trained Brandenburg midfield behind a solid tempo before bringing him with a winning burst to break a run of outs for the horse stretching back to February last year.

“The plan was to go forward from the widest barrier but there was just a little too much good speed for my liking going into the first bend,’’ Bayliss said.

“I decided to come back and slot in midfield, I had a lovely run following Nimalee. We got a good cart up and he let down nicely.”

Bayliss announced his arrival in Sydney back in the spring when he drove Libertini to victory in the Premiere Stakes and rode that mare in the TAB Everest but his autumn has been a little on the quiet side.

He’s keen as ever to make an impact and said winning rich races like The Coast are vital to keeping his name in lights in a competitive jockey market.

“I’m here in Sydney for the long run, I’m not going anywhere and I’m just going to keep working hard. John Sargent, Anthony Cummings, Joe Pride, John O’Shea have been my best supporters since I’ve been here and they keep providing me with great opportunities.”

Sargent wasn’t on course at Gosford, he had intended to send Brandenburg to the Gold Coast so booked himself in for a weekend there, but was rapt to see the gelding back in the winner’s stall.

He made the decision to geld Brandenburg at the end of his spring campaign and was vindicated on Saturday as he beat Nudge by half a length with Brutality a nose away in third.

“It gives me a lot of satisfaction to see him back winning again,’’ Sargent said.

“I don’t think he was trying in his races. I know he has the ability but he showed today that he wants to be a racehorse.

“If he had gone to stud he might not made good money anyway. The owners want to race on with him so they have a nice horse and he’s still only lightly raced.”

It was Brandenburg’s third win from 20 starts and took his prizemoney to over $1.1 million. Sargent intends to continue his preparation in Queensland with the Group 1 Doomben Cup his next start later this month.

Brandeburg wins The Coast at Gosford

Bayliss said Sargent’s decision to miss the bulk of the autumn and focus on this time of the year with Brandenburg was a masterstroke as he was the horse in The Coast with the fresh legs.

“He was well placed by Sarge, he was going to go up to Queensland but he didn’t get a run so we stuck to our guns here from a wide barrier and it has paid off,’’ he said.

“A few horses in this race probably had their grand final during the autumn, he was a horse that is still peaking, and it was a great win.”

All the results and replays from Gosford on Saturday