Trainer Brad Widdup could never have envisaged an unraced filly he was asked to train earlier this year after being bought online for only $10,000 could win her first three starts.

But that’s exactly what has happened with the now four-year-old mare Adelong; her hat-trick culminating brilliantly with an impressive metropolitan debut at Royal Randwick on Thursday. 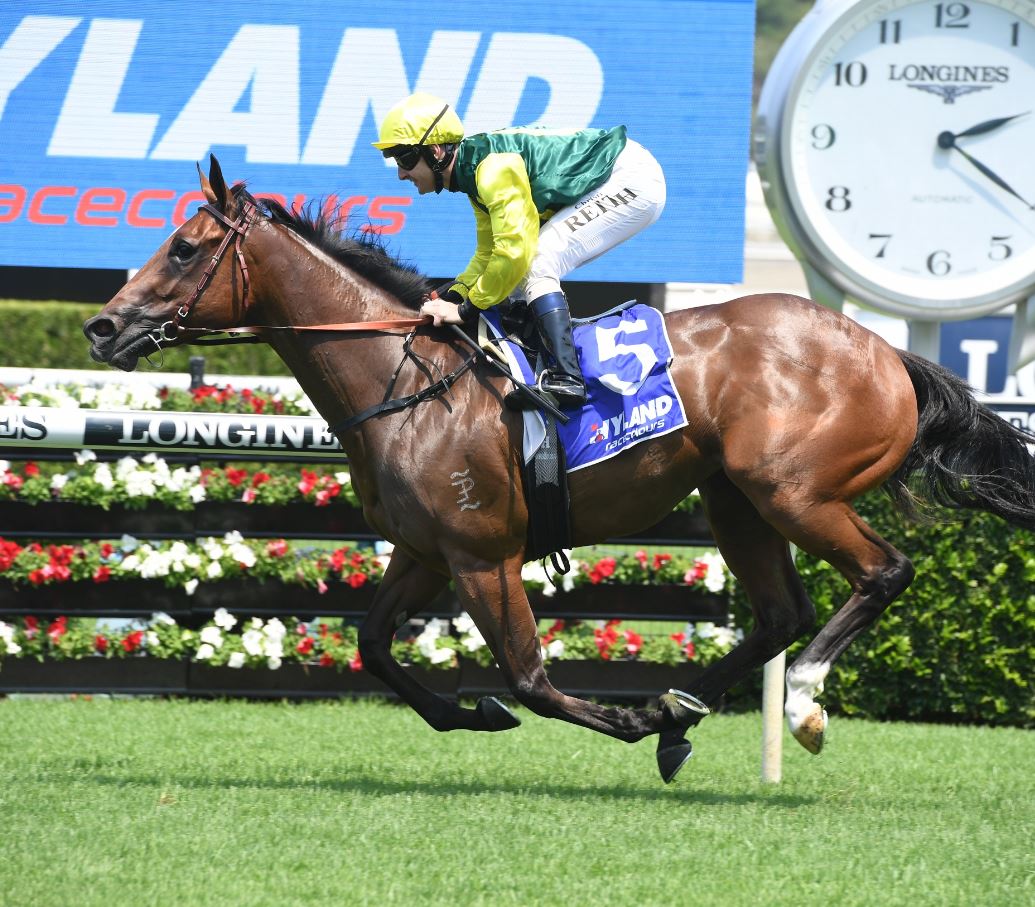 The daughter of Medaglia D’oro flew the gates and never gave her rivals a chance.

She had four lengths to spare at the finish from Unguarded ($9.50) and Moore Euros ($8.50) – and Reith was easing her down over the closing stages.

Adelong is the third foal of the now-deceased Redoute’s Choice mare Snowgums, who won a 1200m Maiden Handicap at Kembla Grange in May, 2012 at her fifth and final start before being retired.

Owner Michael Coleman picked up a bargain when his was the last of 47 bids to purchase Adelong for $10,175 online through Bloodstockauction.com in April this year.

“I galloped her one morning with a mate and she went great,” Widdup said.

“I was scratching my head because it’s rare to get one who didn’t cost a lot of money and could gallop.

“I even put a barrier blanket on her when she went to the trials in case she had a problem at the barriers, but she was fine.

“She is good in the gates, flies out of the stalls and is a good doer in the stable at home, so there’s a lot to like about her.”

Adelong’s Randwick victory of top of earlier wins at Wyong (November 29) and Kembla Grange (December 14) has presented her trainer with a nice problem.

“I’m not sure what I’ll do with her in the near future,” he said. “I will have a look at the programs but don’t want to go to the well too fast now, especially this being her first racing preparation.”

Adelong was Hawkesbury’s leading trainer’s 16th winner of the season, and he is hoping to add to that over the next couple of days.

Widdup was keen to run lightly-raced All Too Hard three-year-old Switched against her own age in today’s Listed $150,000 Gosford Guineas (1200m), but a wide barrier torpedoed that plan.

Instead, she will be kept for Saturday’s Randwick meeting ($6.50 on TAB fixed odds), where Reith will partner her in a Benchmark 78 Handicap (1200m) against her own sex.

Blaike McDougall rides Showcasing filly Showtime Lady, who was withdrawn from a Randwick engagement yesterday to make her debut at Canberra, and Shaun Guymer is booked for Uprise, who is resuming.

Widdup’s impressive Hawkesbury debut winner Deepfield’s Raine (December 15) has remained in work and is likely to start again at Wyong on January 4 in a Class 1 Handicap (1100m).

However, Widdup has aborted an earlier plan to run Sandbar at the Magic Millions meeting at the Gold Coast on January 11 after his below-par performance when ninth to Isaurian in the Falvelon Quality (1200m) at Eagle Farm last Saturday.

“He is spelling in Queensland, and definitely won’t run at the Gold Coast,” he said.