The confidence and form surrounding Japanese-bred former Freedman galloper Deadly Impact ($7.50 on TAB), with a new Irish influence, couldn’t be more compelling into a TAB $75,000 Highway at Rosehill Gardens on Saturday.

Waratah Thoroughbreds at Moss Vale researched for a new trainer and they couldn’t get more convincing recommendations than for Irishman Stephen O’Halloran.

The educated journeyman has a high opinion of Deadly Impact, recovered from suspensory injury and narrowly beaten by city class opposition at Kembla Grange recently. 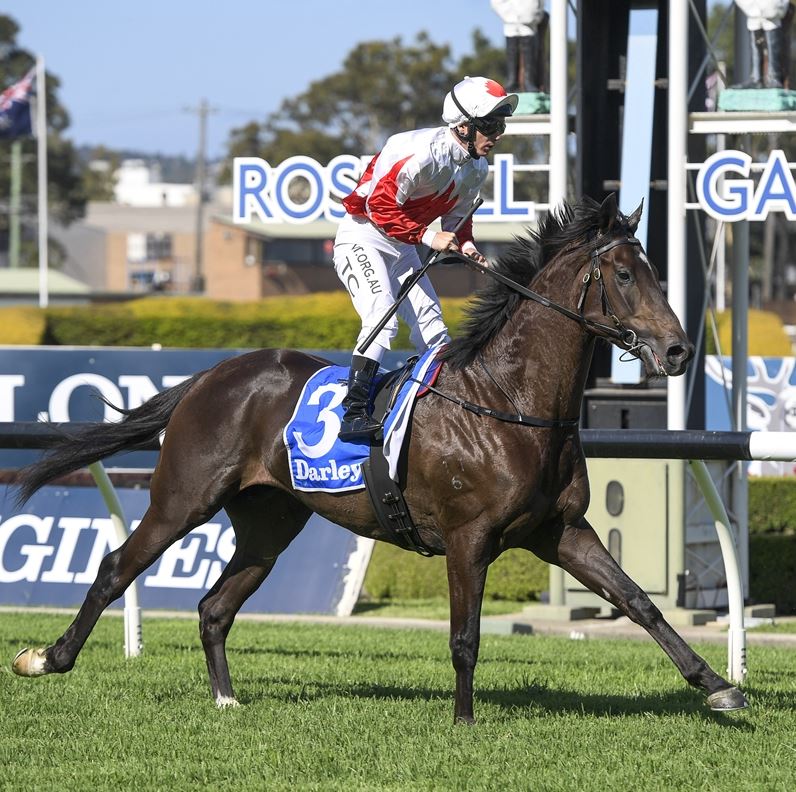 The background of Waratah’s first season trainer has drawn early career comparisons with Mark Newnham who has risen spectacularly in status.

Newnham and O’Halloran worked in unison as training assistants and trackwork riders for Gai Waterhouse.

O’Halloran had 17 seasons with Gai after departing Dublin and then The Curragh racing in 2003 and forged a thorough enough education.  And qualifications have to be faultless to get a start with racing’s “First Lady.”

Newham, of course, emerged brilliantly with multiple Group successes and is established in the top echelon of Sydney trainers. O’Halloran was similarly praised by Gai.

Deadly Impact is up in grade into a Class 3 on Saturday with 58.5 kg for Keagan Latham.

The four-year-old Deep Impact (Jpn) gelding went amiss after winning a Rosehill 3YO maiden impressively on debut for the Freedman’s last November.

He was spelled for near nine months and when transferred to O’Halloran, he was placed twice in photos in Kembla Class Ones.

A particularly strong push for a country episode is his photo second with 61kg over 1600m last month, conceding weight to Chris Waller’s Nyami.

That galloper subsequently won a Benchmark 72 at Rosehill impressively after an earlier Royal Randwick placing. Into the bargain at Kembla, Deadly Impact recorded the best closing section.

“After that suspensory injury we had to be patient, he’s come back in top order and his form has been exceptional,” O’Halloran enthused. “He’s bred to get 2000m or further.

"He's lightly raced and there’s upside as a stayer. The 1800m is suitable at this stage of his preparation off those Kembla runs.

“He went close with 61kg to a subsequent city winner and gave it weight, so we decided not to claim. He’s a big strong type and can carry weight.

“Keagan has ridden him in trials and races, so he knows him well enough. He can race on-pace and he’ll be fitter.

“It was a month between Kembla and Canterbury and he needed the run. Kembla form usually holds up in Highways.” You bet it does - Nyami is Saturday city grade.

The Highway opposition for the import hasn’t had the misfortune to strike Waller at Kembla with a city BM winner, going places. O’Halloran considers Deadly Impact will be strong when it matters.

“There’s usually solid tempo in Highways, that will suit him and he can race on-pace.”

Meanwhile, Waratah’s boutique establishment in the picturesque southern highlands and their resources captivated O’Halloran. It wasn’t a difficult decision to depart the security of a Hall Of Famer for the opportunity to train in his own right.

“When I saw what it all offered down there it was a brilliant opportunity, too good to refuse. It’s up to me now to make the most of it but we’ve got some nice types coming through.”

The import is each-way odds as the Nyami form line is a “flashing light” for price assessors.