Punters Step In To Support Wagga Galloper In TAB Highway

A massive offer from Hong Kong for exciting Riverina sprinter Another One didn’t tempt the new syndicate of farmers, friends and family from tiny Tullibigeal, living their dream into a TAB $75,000 Highway at Rosehill Gardens on Saturday. 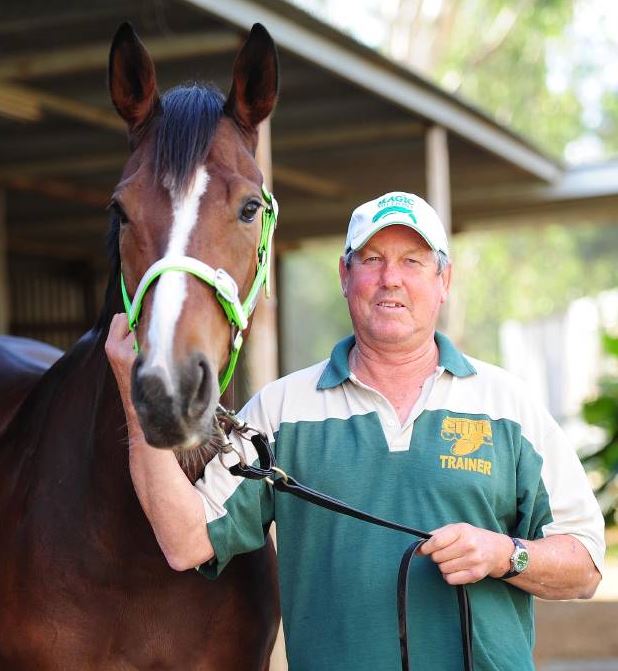 And the spectacular form of an early three-year-old conjures up a compelling form line along with challenges for betting markets and punters (already the horse is $6 into $3.20 TAB favourite) as Another One contests a 1200m, Class 2 episode with a demanding 58kg for astute Wagga Wagga veteran Gary Colvin and form rider Jason Collett.

Colvin, a part-owner, dissuaded the syndicate from the rural town of around 300 population of accepting a reputed $400,000 offer after Another One put together an explosive home track double recently with big weights and in fast time.

But the overwhelming form line is Another One’s unlucky second on debut at home in April to Lion’s Roar.

The O’Shea talent progressed spectacularly to be beaten narrowly in the Group 1-Spring Championship Stakes at headquarters by high-class filly Montefilia. She also won the Group 1-Flight Stakes.

However, if the relevance of an educating April maiden in the Riverina and modest opposition of late is in question, the form around Another One has been franked big time ever since.

He’s blitzed rivals with big weights and in fast time. Lion’s Roar, before the huge run in the Group One classic, won at Kembla and Newcastle in decent grade.

Another One resumed to win a 1200m Class 1 at home by a widening three lengths at $1.50 following a 1300m maiden win. The circumstances promoted the huge offer.

“The offer made it difficult but they’re in this as friends and family. I just said you can wait a lifetime to get a good horse, let’s enjoy it, who knows how good he might be,” Colvin offered.

“He’s been outstanding, I know he hasn’t beaten much but he’s improved lengths every start, so we’re having a crack. “Who knows his limits?

"We’re well in front already. Saturday is still a country class 2 where a lot of them have had plenty of chances.

“He’s carried weight, run time, he’s so genuine and tough so I’m quietly confident. The weights (58kg) are against us and the visitor’s drawn (13) - I thought we’d get around 56kg.

“Anyway, we’ll go forward now and I’m confident he’s up to it. I’m not sure what that Lion’s Roar race way back in April means for Saturday but we should be unbeaten.”

After his debut, Another One was spelled on precaution after soreness from a Wodonga barrier mishap. Another One is among the first protégé of new sire Super One, a former Freedman Group 3 winner.

The way the form has evolved, his potential against country Class 2 restricted gallopers is convincing. Certainly, the astute Hong Kong agents thought so.

Colvin remains Highway committed and could be in town a lot more often. Colvin has enjoyed occasional success on rare trips to town and details the future.

“We’re eligible for two Highways and that level of prizemoney compared to staying at the regionals for a lot less where we’d get 60kg plus."

Another One is contesting $75,000 TAB Highway races compared to the regionals for $22,000 options.