Blinkers go back on Special Reward as The TAB Everest second emergency chases a 'consolation' victory in Saturday’s Group 3 Sydney Stakes (1200m) at Royal Randwick, where he is a $7.50 chance with TAB.

Brenton Avdulla reunites with the former Western Australian sprinter in the $500,000 feature. 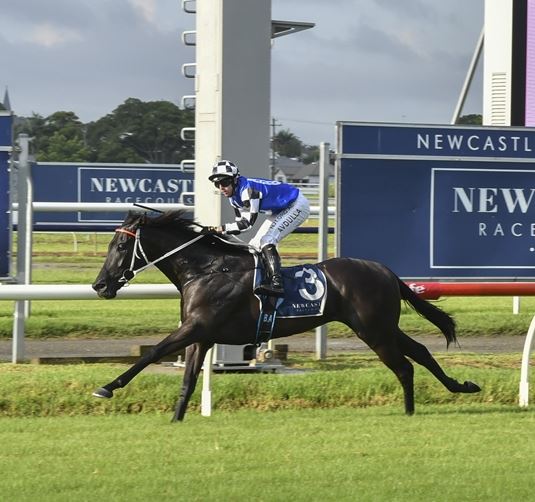 Avdulla has a near unblemished record on the lightly-raced five-year-old, who has won eight of his 17 starts.

He has ridden him three times for two Group 3 victories (Southern Cross Stakes, 1200m at Randwick in February and Newcastle Newmarket, 1400m in March) and a first-up third to Roheryn (recent Epsom Handicap winner Probabeel was second) in the Group 3 Show County Quality (1200m) at Randwick on August 22.

Special Reward hasn’t raced since starting a $3 favourite when fifth to Rock in the Group 3 Cameron Handicap (1500m) on his home track on September 18.

“He has won previously in blinkers, and I decided to put them back on him seeing as though he is coming back to 1200m,” trainer Kris Lees said on Thursday afternoon.

“Special Reward has freshened up nicely since the Cameron and I expect him to run well.”

Stablemate Tactical Advantage (Jason Collett) is fourth emergency for the $15m The TAB Everest, and also has a gear change for the Sydney Stakes, where he is an $18 chance.

Lees has decided to put ear muffs on the gelding, but they will be removed at the barrier.

“Tactical Advantage has raced twice since resuming and both have been nice efforts,” Lees said. “The 1000m was too short for him at Warwick Farm the other day when he ran fifth to Villami with 60kg.

“Whilst 1100m is his ideal distance, he has won at 1200m and is by no means the worst chance on Saturday from an inside draw.”

Meanwhile, Lees has five acceptors at his home track meeting on Saturday, but has listed Always On Show a doubtful runner from an awkward draw (with the rail 8m out) in the 3YO Maiden Handicap (1200m).

Winkers come off Triple Ace, and his trainer is expecting a good performance from him. He was placed at both starts at his first campaign and resumes on the back of a Beaumont 1000m trial success on October 2.

Snitzel filly Perfect Radiance also resumes after a debut Newcastle 1200m win in May and subsequent fourth to Peltzer over 1300m on heavy ground at Randwick later that month.

“She is a nice filly and looks suitably placed, also from an inside draw,” Lees said. “Star Raider will have blinkers to hopefully switch him on. He seemed to just go through the motions at his last run when unplaced at Scone.

“Never Talk is another nice filly who won both her starts as a two-year-old at Tamworth and Muswellbrook at her first preparation during winter. This is a step up to provincial company, but she has drawn well.”