Lifelong Kiwi horsewoman Melissa Dennett tells it like it is and in a rare return to Sydney, remains as hard a marker as her famous former boss producing outsider Another Arli ($13 on TAB) into a Rosehill Gardens TAB Highway on a superb program of Group racing on Saturday.

When Dennett, now training at Tamworth, and her New Zealand jockey parents relocated to Australia over two decades ago, they all worked long term as trackwork riders for Gai Waterhouse at headquarters. 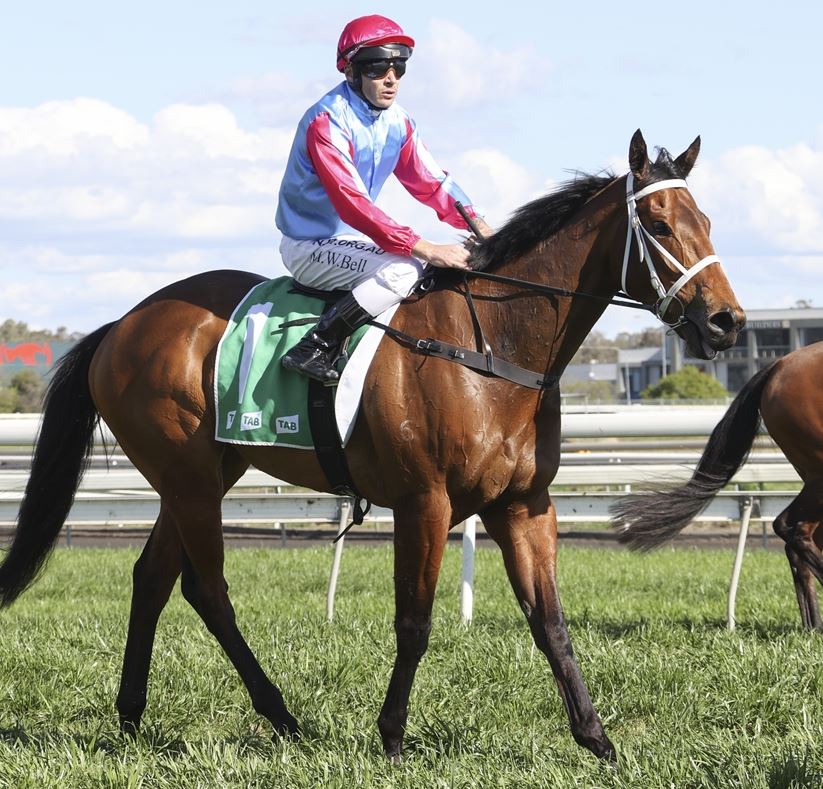 Another Arli (Mitchell Bell) after winning at Tamworth. Image by Bradley Photographers

Melissa was riding work as a schoolgirl. So Melissa, who maintains a small stable, pre-trains and rides her own work, has been educated thoroughly on what makes or breaks a racehorse.

“He [Another Arli] was originally on the market, but we didn’t even get a bid, didn’t beat anything winning his maiden but we accepted because this isn’t a strong form race at all,” Melissa offered.

“We didn’t anticipate off a maiden we’d get the 57kg, so we intended to claim. But the capable apprentices were all booked.

“So we went with a senior rider, at least you know what you’re getting there.”

Another Arli, a four-year-old Arlington gelding carries the 57kg for Josh Parr jumping grades from a Tamworth maiden win into a class 2, 1500m episode.  However, Melissa gleans confidence from a wide winning margin at 1600m with 59kg.

“Look, he just had to beat ordinary opposition then - he’s dour, hasn’t got a turn of foot but we know he’ll be strong at 1600m.

“He’ll be a better horse next prep out to 2000m or further. But this was a viable option for the prizemoney because he’d be right up in the weights if we stayed home.”

“I worked for Gai for a lot of years. Early days I rode work before I went to school and often back to the stables after,” explained Melissa.

“But I loved it, been my life, never wanted to do anything else. It was certainly different when we moved up here, riding bush horses when I’ve been on some of Gai’s Group horses. Gai didn’t keep slow ones."

Melissa is also keen form student: “At the top of the weights there’s a few who have been beaten in Highways before - so it’s not a deep race at all.

“Coming off a maiden win might hold up; I think Paul Messara’s (Tempel One; $6.50 equal favourite) is the one to beat with a form apprentice aboard.”

Melissa could be on the money there as the notable precedent is It’s Me who progressed out of a maiden to win successive Highways and be among the favourites for The Kosciuszko in a few weeks [17 October] worth $1.3 million.

“This is only my second Highway runner - we had one when the series started without any luck.”

From a good draw, Melissa anticipates Another Arli can race on-pace: “He led winning the maiden and he’s been on-pace at 1200m and as he’s matured, he’s become a bit more dour, but he’s genuine and he’ll keep giving.”

However, whatever her fortunes the accomplished horsewoman will relish being trackside for Group 1 and 2 racing, showcased by the $1 million Golden Rose.

Meanwhile, Melissa eventually moved on from the Waterhouse stable for the country environment where she became a decade long stable foreperson for Tamworth’s respected trainer Leon Davis.

When Davis retired from training several seasons ago, Melissa acquired her own training licence in 2017 and took over most of Davies stable, including performed sprinter Crooked Blaze a Canterbury Park winner.

Another Arli is a long way from that grade yet but as Melissa points out, so is his opposition.