From The Bush Is 'Poetry In Motion' (Rosehill, Saturday)

The naming of giant four-year-old From the Bush was inspired by Banjo Paterson classics and while the Poet’s Voice protégé hasn’t fired up any major racing yarns just yet, he’s certainly lit the match.

The imposing powerhouse comes to Rosehill Gardens on Saturday on the strength of three successive wins for accomplished Bathurst trainer Gayna Williams into a TAB $75,000, 1400m Highway. 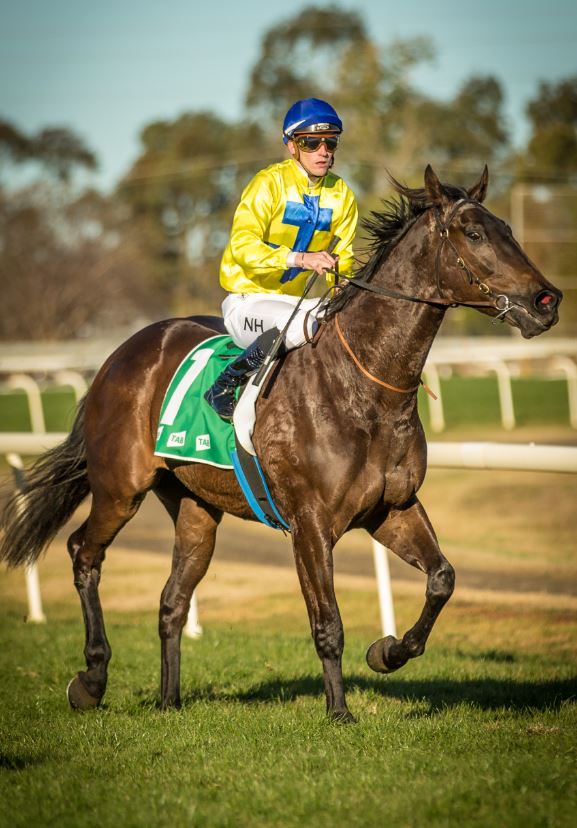 From the Bush (Nick Heywood) returns after winning at Dubbo. Image by Janian McMillan (Racing Photography)

Gayna’s stable is taking shape for bigger occasions and From the Bush is her latest emerging prospect as Gayna invariably contends the Highway series and the Country Championships.

From the Bush ($8.50 on TAB) has been dominant with big weights, winning a double at Dubbo and earlier at Bathurst.

Meanwhile, the legendary Banjo, a passionate racegoer, was born at neighbouring Orange. His legacy and works, some created in Bathurst on racing folklore and characters, are enduring from his classic 'Riders in the Stand'.

“The rule holds good in everything in life’s uncertain fight; the winner can’t go wrong, the loser can’t go right. Ride a slashing race and lose, by one and all you’re banned-ride like a bag of flour and win and they’ll cheer you in the stand.”

From the Bush, with three wins from just five starts, wouldn’t be among the more comical racing subjects Banjo has illuminated. This big boy is one serious galloper with a motor to match.

He has unleashed from off the pace for wins carrying 59kg and 60kg and he drops appealingly to 56.5kg into a Class 3 episode to be ridden by Adam Hyeronimus. Another episode with depth is a prelude to another tremendous day of Group racing.

“He’s huge, lightly raced but physically and mentally he’s got what it takes,” Gayna enthused. “Banjo’s bush poems are behind his naming.

“We’ll know more on Saturday but the progression he’s made in a short time has given us every reason to think about the Country Championships.

“He just keeps stepping up, and when they go through the grades as quickly as he has, you don’t know how far they can take it.

“As big and strong and he is, he’s lovely natured, easy to handle and playful. With his size, weights don’t worry him.

“He closes so strongly in his races, drops in weight and 1400m is ideal at this stage of his prep. We think he’s up to better grade again.

"My thought is to give him a break after this and set him for our leg of the Country Championships.”

Vitally all wins are on soft and heavy going and Saturday’s rating at present is accommodating with a soft 6 in sunny conditions.