Enduring -8 Degrees To Get Highway Charge In Shape

Print your own ticket about a small bush stable improving a sacked conveyance from Chris Waller and Brisbane ace Tony Gollan, but Guyra’s Ian Cook is already showing a profit with bargain buy Rexx, a value $14 outsider into a TAB $75,000 Highway (1500m) at Rosehill Gardens on Saturday.

To trust your judgment off the breeding, identify the level remaining for the regionals and then land a betting plunge is some achievement.

So the former Guyra publican, “Cookie” to his many pub mates and owners, isn’t just an expert at pouring a good beer and spinning a yarn. 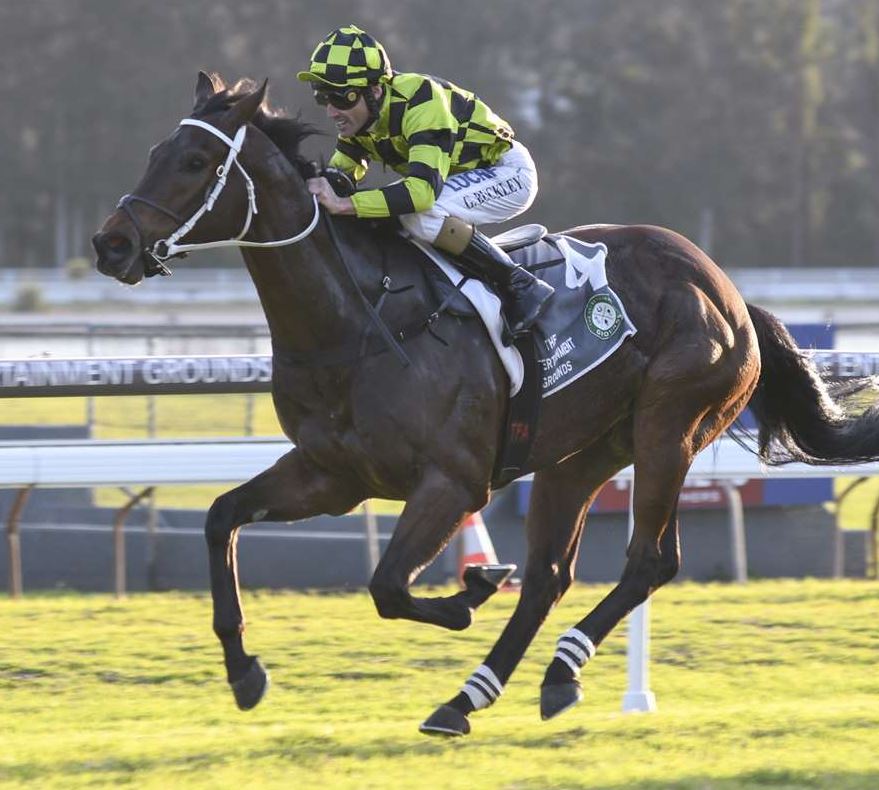 Rexx, a profile I Am Invincible protégé, has repaid his price already and then some.

Aside from the fifteen grand winning prizemoney at Grafton three weeks ago, Rexx landed a concentrated betting plunge - $8 into $4.60 leading all the way at 1600m with Shane Arnold riding. It was just Rexx’s third run for the new stable and owners.

It emphasises that when Waller, Godolphin or any of the high-profile stables offload numbers, it’s not necessarily near career-ending.

It’s just business and conviction that they’re incapable of winning in city grade. And there are too many expensive prospects emerging to have mediocrity taking up stable space.

Meanwhile, it’s been as low as -8 degrees lately when knockabout “Cookie” endures the regular 180km three-hour round trip from Guyra to Inverell for dawn trackwork with a small team, and Rexx doesn’t make it any more tolerable.

“He’s an ignorant bullish big thing, wants it’s his way or no way but he’s well-bred and only four - we got him at the right price and he’s paid his way,” Ian offered following extensive homework before purchasing.

“I bought him off the internet - around ten grand and syndicated him out to a group of local mates.”

Especially when Rexx, after a run of city failures, finally proved he wasn’t past it winning third-up a 1600m Grafton Class 2 with 58.5 kg and backed for a truckload.

And the money trail that day is further reinforcement Rexx is capable of holding his form for a rise in grade on Saturday with equal topweight of 59kg.

However, a vital part of the winning combination has more important matters and will be absent on Saturday: “Shane (Arnold) knows how to handle him, but he’s getting married on Saturday.”

They were hoping to secure Ceejay Graham’s claim but Jay Ford will ride from a precarious outside barrier (14). “He can race on-pace, we’re hoping for a drying track, we don’t want it heavy.”

Cook’s concern is understandable. Rexx has failed twice on heavy tracks and on soft ratings has a solitary win but six unplaced runs.

While the Danny Williams and Hugh Bowman combination with Vibrant Knight head early markers at $5 in a wide betting race, the Brett Cavanough stable has a strong hand with Eiger ($7) and first emergency (now assured of a run with Maid Marilyn scratched) Boom Gate ($23) who has the compelling credentials of a TAB Highway placing behind Two Big Fari.

Two Big Fari has emerged as a leading contender for $1.3 million The Kosciuszko as a $7 chance with TAB, with the $5 sweepstakes tickets on sale at all TAB outlets - CLICK HERE

Presently 'The Gardens' has been upgraded to a soft 7 in fine weather.