“We'll Know Our Fate In The First 100m" - Witherspoon (Kensington)

The first 100m will be crucial to speedball Witherspoon’s hat-trick prospects on the Kensington Track this Saturday.

The four-year-old mare’s brilliant pace has reaped victories at her past two starts on the Randwick course proper over 1000m in Benchmark 78 Handicaps on May 23 and June 20.

Witherspoon ($4.40 on TAB) takes on another Benchmark 78 over the same short course, but this time has to contend with fellow speed merchant and also hat-trick seeker Spaceboy ($2.70 favourite). 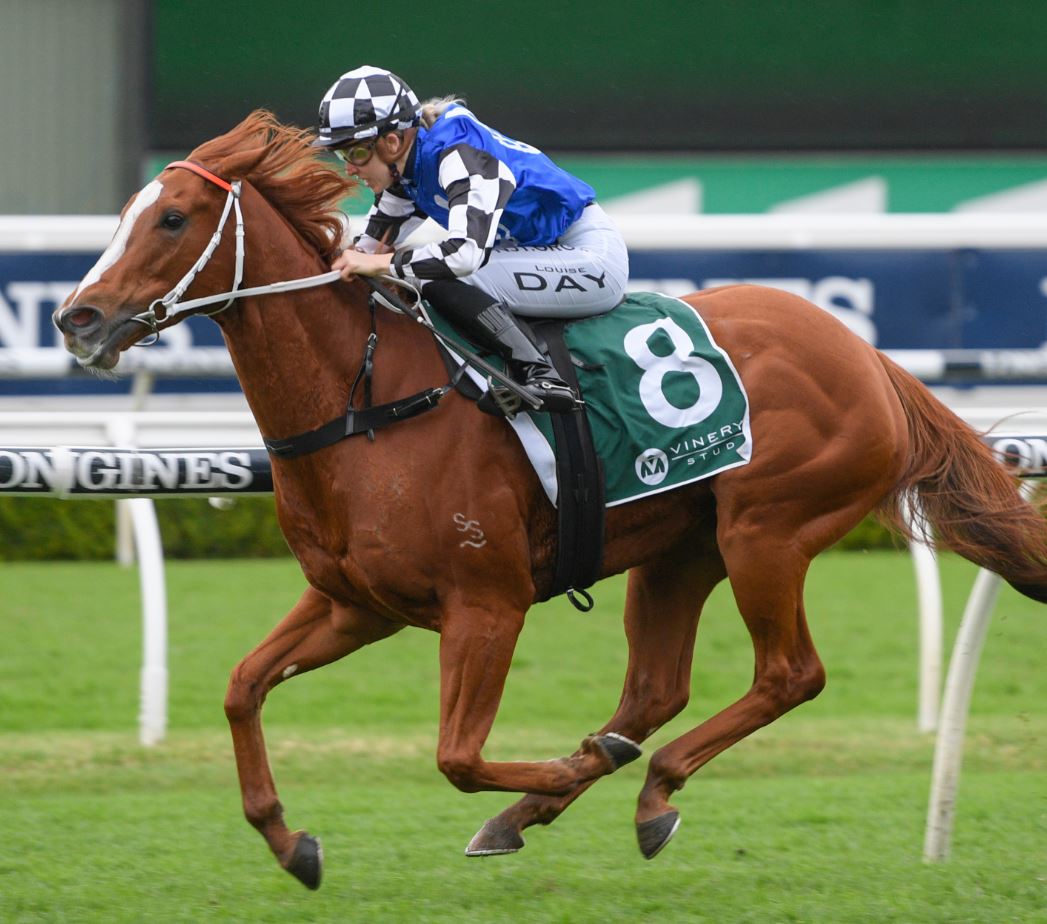 Witherspoon has drawn the outside in a field of nine, and Lees Racing spokesman Lucas Miller is adamant she needs to fly the gates and lead Spaceboy if she is to be a chance of nailing three city wins on the bounce.

“Witherspoon has led in all her four wins,” Miller said today. “We'll know our fate in the first 100m.

“She handles the wet ground well, but is a one-trick pony. If she can find the lead she is going to be hard to beat again, otherwise it is going to be a tough assignment. Kris likes to space her runs and is pleased with her progress.”

Lees’ decision to book his 3kg city claimer Louise Day means Witherspoon comes in with the same weight (59.5kg) as she carried to her latest victory at headquarters.

Lees opted not to run Frankely Awesome in last Thursday’s Listed Grafton Cup (2350m), which he won with Sixties Groove, when she drew poorly.

“Frankely Awesome has trained on really well since winning the McKell Cup at Rosehill on June 27,” Miller said. “She was very strong through the line when she worked impressively on Tuesday morning and is well placed coming back from a stakes race and with Louise’s claim.

“High Opinion is an old favorite who relishes wet ground, and you can’t fault his latest form. He is going to get a good run from the inside draw.

“Mawaany Machine (with blinkers on) is back from a successful Queensland campaign and is first-up since late May. He has had one trial (at Wyong on July 1) and will definitely take improvement from this race.”

The stable considers another Day mount, Chalmers ($26), is a sneaky chance at odds in the Benchmark 78 Handicap (1550m). Chalmers ran fourth to Orcein in a similar event over 1500m at Rosehill on June 27, and drops 3.5kg.

“He wasn’t far away last time, and gets his chance to claim a Saturday win in town,” Miller said.

“Itz Lily is going well, but has been plagued by poor draws at three of her four starts this time in work,” Miller said. “Again she hasn’t fared well (outside in a field of 12) but is sure to be competitive if she can get some luck in the run.

“Azarmin was runner-up two starts back to a subsequent Saturday city winner (Lewis), and has a soft gate to get her chance.”

Lees’s other Kensington acceptors Killin (Tim Clark in the 3YO Benchmark 74 Handicap, 1100m, $14) and Cristal Breeze (Collett in the Benchmark 88 Handicap, 1400m, $4.40) are not yet certain to contest their respective races.

“Kris wants to see what happens with the weather over the next day or so before confirming starts,” Miller explained. “Killin is always very competitive, and had his first start after being gelded when an easy winner at Gosford on June 30.

“Kris may wait for a softer option with him, but he will run well if he lines up on Saturday. Cristal Breeze isn’t really comfortable on the heavy ground even though he is racing well.

“Kris is 50/50 about running him and is hoping there is no further rain and the track dries out more. No doubt he is in great form, and would be a real “Top 2” chance again if he does start.”

Cristal Breeze drops 4kg to 54kg going from a Benchmark 78 last time to a Benchmark 88, and will meet his last start conqueror Handspun ($2.80 fav) 1.5kg better should he run.