Moruya’s young training newcomer Jamie Stewart might have come up empty from previous TAB Highway trips but this time the tip from insiders guarantee he’s travelling up with a lot more substance in the tank.

Educated opinion, impressive wins and wet track credentials indicate the imposing Mr Magical ($6 into $5 fav on TAB) has a racing motor to match his massive frame into a $75,000, 1100m Class 2 flyer at the Kensington Track on Saturday. 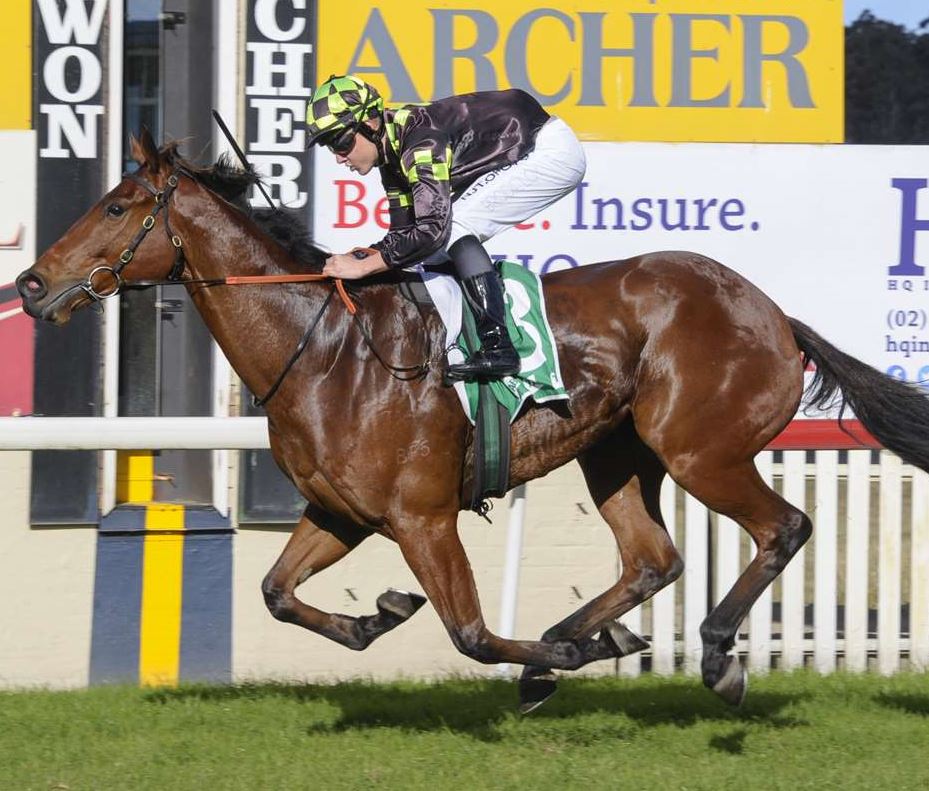 “Oh yes, super impressive, really big strong unit, no surprise they’ve taken him straight to town on what he’s shown,” Brian enthused of Mr Magical, who carries 56.5kg for Brodie Loy from a middle draw who has been aboard in both wins.

“Jamie’s a horseman from a racing family, he worked for years in Victoria with the Freedmans before he took out a licence - knows his trade and he’s back here training with Matty Dale,” Brian added.

The Dale influence is a huge factor around Mr Magical as the highly regarded young trainer is a prolific TAB Highway winner.

The Magic Albert three-year-old gelding was backed 'off the map' when he won on debut at the Sapphire Coast track back in February off a soft Moruya open trial win.

Same story when he resumed with Brodie and bolted in to win by a widening two lengths in stronger grade at Nowra four weeks ago.

Regional SKY Racing expert John Scorse agreed: "This horse is the real deal -  my son Patrick rode him in that Moruya trial and in most of his work because he's too big a handful for the girls.

"I was going to Sapphire Coast that day it won and Patrick said: 'Dad make sure you tip this your best for the day, it goes enormous'."

Mr Magical has a tidy weight drop for the Kensington Track short course zip from 58kg and 57.5kg for the dominant double.

While young Jamie has held a licence only since 2017, he’s been educated by as good as there is.

“Around five years with Lee and Anthony Freedman at Mornington then John Sadler at Caulfield; invaluable for training my own and I’m working in with Matty’s Moruya set-up,” Jamie explained.

Dale maintains a substantial team in the ACT and a satellite stable at Moruya.  Jamie rides trackwork on his own and for Dale, including Mr Magical.

“He’s raw and untapped but he’s shown us he’s up for the challenge of better grade,” Jamie offered.

“I’ve had a few Highway runners without much luck - he’s easily the best chance I’ve had. He’s had a freshen, trained on so couldn’t be happier.

“He’ll get 1400m eventually but at this early stage, he’s showing a 1000m turn of foot. On pace both wins, that’s our plan Saturday and Brodie knows how to ride him.

“Look, if the track is playing extremely heavy it can be an unknown when they’re so lightly raced.

“But he was comfortable and strong on a soft seven at Nowra so there’s no evidence he won’t handle it, and the breed gets through it.”

Jamie’s stats are productive enough and the confidence is rising with every revised betting market around the unbeaten talent.

Meanwhile, Jamie is a product of generations of far south coast racing family. His father Bruce and numerous related owner-trainer syndicates preceded and then gave Jamie his start.

His ambitions took him to Victorian racing heartland and eventually a return to Moruya to start his own enterprise. And there’s every indication that Mr Magical is the talent to put Jamie in focus on the bigger stage.

At present after continuing showers, the Kensington Track is rated a Heavy 9.