Originally from Port Macquarie, 18-year-old Jacob, indentured to Sinclair, is a rider to follow according to Peter.

Peter is in the unique situation of having five starters in the final race and Nathan a sole runner. 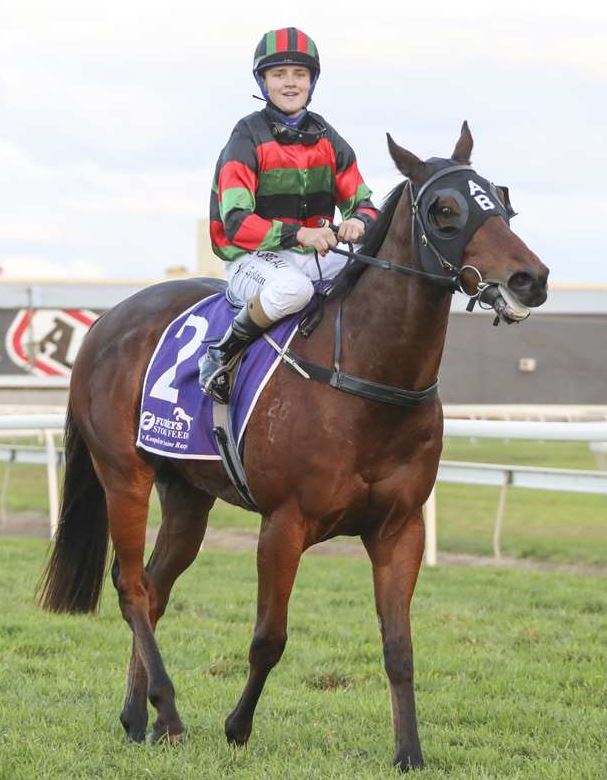 Jacob Golden returns after winning on Malahat at Tamworth. Image by Bradley Photographers

“Jacob’s a natural, winners are starting to come so his confidence is up and when that happens with kids, that maximum claim gets them the right rides and that experience,” Peter said.

“Not necessarily this meeting - Brooke (26yo) is on most of mine with the best form. Beacon (race 6) and Easier Said (race 3) would have been hard to beat but drawn so wide on this track is a huge task.

“But Jacob will make it sooner rather than later. You wouldn’t meet a nicer kid, he works hard, loves what he does around horses.”

Jacob won’t get a more caring master: “I don’t let my apprentices drive alone long distances to race meetings out here when they’ve been up at dawn riding work and around the stables.

“That’s asking for trouble, I’ll send them the previous day, Jacob does that and stays with his parents in Wauchope.”

Meanwhile, Peter sorts out the last race, a National Jockey’s Trust BM 58, the best he can.

“Pinning me down, probably Crystal Billy with Brooke, a solid last start win, he’s landed the better draw, won two from four and loves it here.

“I’ve never had a harder trier than Master Cramsie but he’s drawn real wide for Jacob. Offsetting that to a degree is that he has the pace to cross and maybe slot into a nice position.

“He’s led his past couple and Jacob’s claim will help.” At present Moree is rated a good 4 track in fine weather.