Plenty Of History Behind Jerilderie Visitor In Randwick Highway

The TAB Highway series leading into the tantalizing $1.3 million The Kosciuszko has enriched country racing and revived history - none more fascinating around Jerilderie’s Happy Lad where racing began in 1861, Ned Kelly robbed the bank and penned his infamous letter.

The stables on the Jerilderie track of Riverina training great Phil Sweeney is a staying distance from where the Kelly gang in 1879 audaciously locked local police in their own cells, masqueraded in their uniforms to bail up the bank and take hostages.

Ned also tried to capture the editor of the local paper in an attempt to have the famed 'Jerilderie Letter' published, accusing police of corruption. It amazingly emerged 100 years after his hanging. 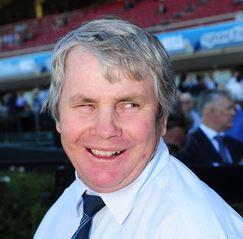 Expert horsemen and rustlers, the gang rode incognito at Riverina race meetings for prizemoney and Jerilderie was a favourite.

Travelling by float from Jerilderie, Happy Lad hasn’t galloped past 1400m and his connections couldn’t be more respected or law-abiding.

Sweeney is monitoring ongoing heavy conditions (track rated a Heavy 9 on Thursday morning). Happy Lad, untried in the heavy, significantly is also nominated for Wagga Wagga on Sunday weighted on a daunting 61kg.

Sweeney also accepted in another Randwick event with five-race winner Pleasant ($17), proven on heavy and paid up for Jason Collett. Pleasant was also nominated for Flemington on Saturday.

“It's been a long while since we've been in Sydney; way back we used to winter up there for a couple of months,” recalled Sweeney weighing up his options.

The current restrictions, while easing significantly, have impacted his operations as much as any regional trainer.

“I can’t bring my apprentice, he’s been riding extra well and through the virus restrictions, my girls have been victims, losing opportunities,” offered Sweeney whose team regularly races in Victoria.

Accomplished Brooke has ridden a Flemington winner. Schiller can only be a spectator from afar on Saturday and his day on the bigger stages has to wait.

Happy Lad is up in grade off decisive wins at Wagga Wagga and Leeton and the well-bred Epaulette three-year-old drops in weight at headquarters. Happy Lad’s NZ dam Montreal Gold was an Ellerslie Guineas Prelude winner.