Williams To Wait With Prized Quartet In TAB Highway (Rosehill)

In gauging Highway traffic, exciting galloper Leg Work couldn’t have alerted punters any more than if he had won carrying a flashing blue and red lights with a siren.

The precocious Shamus Award three-year-old, a tremendous Wagga Wagga winner and weighted for a repeat, is one of four acceptances and three last-start winners for an airborne Danny Williams into Saturday’s TAB Class 3, 1500m Highway at Rosehill Gardens.

Williams, with 18.5 series wins, has accepted with Leg Work, the opening favourite on TAB ($4.60) as well as Shelbysixtysix ($8), Laughing or Crying ($14) and Rent A Rock ($12). Williams offered a vital insight, as it’s yet to be determined if they’ll all clash. 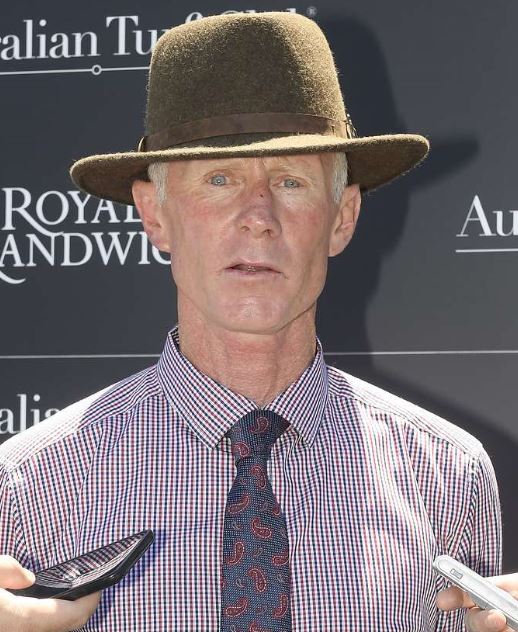 “We’ll make a final decision depending on the track rating and weather,” Williams explained. “Leg Work and Shelbysixtysix both went nicely in a jump-out, there's nothing between them.

“Likely both will run provided there’s cut in the ground (rain forecast in Sydney on Thursday), but we’ll wait until Saturday morning.

Leg Work was impressive off a set-back, drops five kilos and it’s his preferred distance range.”

The booking of Kerrin McEvoy on 54.5kg is the strongest possible push following Leg’s Work’s exceptional win with 59.5 kg on a heavy nine (1300m) despite a set-back.

“He caught a viral infection and lost weight so we were concerned running him first-up with that big weight in that going.”

Leg Work may have been underdone yet kicked up a storm winning with a leg in the air.

Form students and respected analysts have been sweating on his Highway debut, including SKY Racing’s former multiple Group One-winning jockey John Scorse. If he has seen a more impressive win by a youngster he couldn’t remember when.

“Massive for a three-year-old, interrupted prep, big weight on the heavy, looked no hope on straightening but what turn of foot!" Scorse declared.

“He ducked in, raced like he wanted further and he’s untapped. Not just a wet tracker one-off either. He has good track form - I was there for his maiden win, it was dominant.”

Significantly, Leg Work and Shelby Sixtysix were both nominated for the recent Highway won by Laughing or Crying. But Williams alternately placed them perfectly to win at the Wagga Wagga Cup carnival.

Then Danny added the cream on the strawberries a day later in the Royal Randwick Highway when Laughing or Crying scored.

The danger to Williams at value on Saturday is Norm Gardner’s Cyborg ($18) off stronger form and graded as a three-race winner.

Cyborg won the MTC Guineas Prelude at Wagga Wagga and was runner-up in the big one to talented Foxborough. Significantly, Cyborg was nominated for the recent Kensington Highway, but instead raced super in the Riverina and wily Norm has a knack in Highway races.