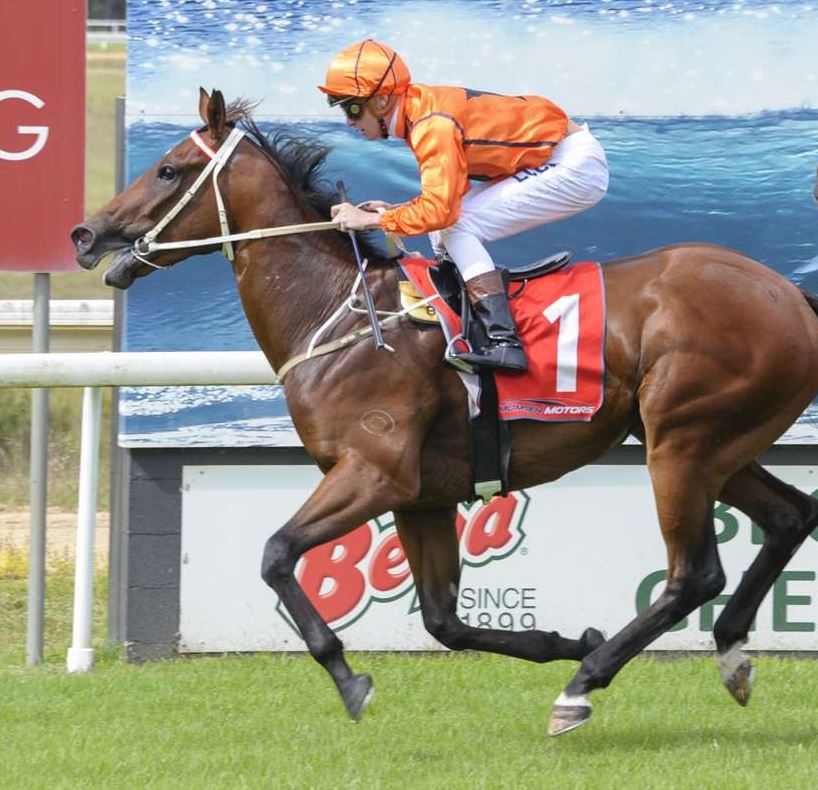 But an inspiring comeback by Scott, reaches it’s highest level at Royal Randwick on Saturday where Scott is buoyed attempting his first individual TAB Highway with “airborne” Bombdiggity ($9 on TAB fixed odds).

This is allied with the massive influence and punting push engaging Hugh Bowman. The high profile riders, their agents and form assessors don’t get involved with slow ones.

The lightly raced four-year-old Zoustar-Exciting to Win gelding carries equal topweight of 59kg in a $75,000, Class 3, 1000m flyer after spectacularly resuming from a lengthy spell and clocking 56.95secs spacing rivals in a Wagga Wagga 1000m from restricted grade three weeks ago.

The track record listing remains at 56.10secs. A big incentive for Bowman, a regular Highway winner.

“Yep, big bonus Hugh, there’s been talk if it was a record but he went enormous, gave us something to look forward to on the big stage - exciting,” Scott enthused.

“For a time it was a real struggle, starting on my own again, just a few horses and then that bad fall put so much responsibility on my wife Debbie.

“It took time to rebuilt and get my health right and I’m back riding work again. Finally it’s starting to come our way.

“From our last dozen or so runners, we’ve had three nice winners, this gelding and some placings. We’ve gradually increased up to 14 in work, some promising types and this gelding our big hope.

“He’d worked like a winner going to Wagga. He’s jump and run, natural speed and when they can run time it’s exciting.”

As Scott, after a long time out of focus, revealed Highway plans to Scorse and local media, the scene resembled the premiership seasons when Scott was regular spokesman for Dryden as their winner flowed.

Still, questions remain as Bombdiggitty only beat a modest five-horse BM 58 rivals and there’s a Highway failure on his resume.

There’s a stable load of superior form, talent and speed in Saturday’s capacity field. But that doesn’t erode Scott’s enthusiasm especially with Bowman aboard.

“We’ve drawn a gate, so it’ll take something really smart to lead him. But he isn’t just a rip and tear horse, he relaxes and travels.

“We’d prefer to lead but without knowing all the form right now, Hugh can alternately take a sit.”

All vital in high pressure 1000m races in town and that big straight. Last prep Bombdiggity was almost as unfortunate as Scott.

“He stranded a hind leg badly in the barriers, we had to turn him out, we weren’t sure at the time the extent of the injuries or effect on him mentally.

“We probably brought him back too soon, because of our opinion of him. But he just didn’t race anything like his ability, still feeling the effects so we turned him out again. Different horse this prep, bigger, mature and confident. “

Last season, Bombdiggity ran near last in a May TAB Highway at headquarters and when he struggled also in modest ACT and Sapphire company, he was spelled for five long months. He resumed brilliantly.

Scott’s explanation of his failures and his subsequent win that should have form students largely forgiving his previous TAB Highway attempt. And Bombdiggity has won three races despite problems.

“His breeding suggests he could eventually get out to 1400m which gets you thinking he could develop in a Country Championships horse as he’s only had seven starts.”

Scott, a career horseman who trains, pre-educates and rides his own work, reckons he’s blessed to be back in the saddle after fracturing three ribs and breaking a shoulder and arm when a wayward youngster crashed onto him at barrier trials in March.

Scott was hospitalised and then incapacitated long-term where Debbie was a saviour and rock of support.

Compounding the pressures and stress, Scott’s veteran partner veteran Dryden decided to base at Canberra and end the Goulburn satellite for economic reasons.  Collings couldn’t accommodate a move to Canberra.

“Our home and stables are at Goulburn close to the track, and our son Hayden had just started high school - his mates and his footy are here.”

But no hard feelings whatsoever as Scott still pre-trains for Keith and they remain mates.

The cheer squad might not be as numbered and loud for Scott as for Keith when Handle the Truth landed The Kosciusko and Gunga Din the Highway betting plunge.

But those same connections and friends will be supportive enough. As Scott hits headquarters a new man and with something that just hints at career-defining.