James McDonald Set To Partner In Her Time At Randwick

Sydney's premier jockey James McDonald is on standby to ride The Everest contender In Her Time when she resumes at Royal Randwick next Saturday.

Nash Rawiller has ridden In Her Time in both her recent barrier trials at Gosford (August 5) and on the Beaumont Track (August 19). 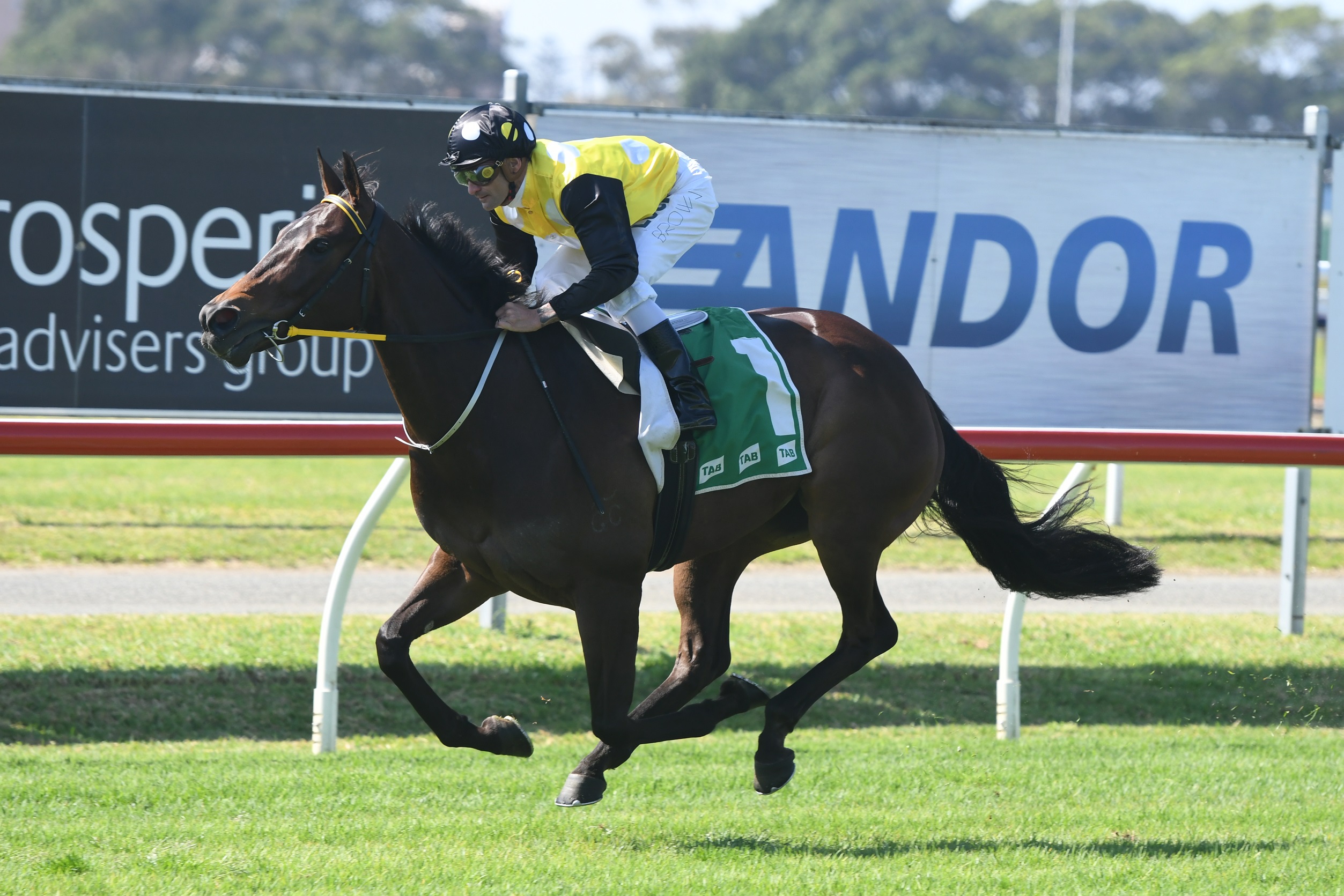 In Her Time in action with Corey Brown aboard. Image by Steve Hart Photographics

But he took The Shorts mount on another The Everest contender, Classique Legend, when Kerrin McEvoy opted to stay with Redzel, who has won both runnings so far of the rich sprint, which now carries a $14m prize and will be run at Randwick on October 19.

Corey Brown is In Her Time’s regular rider – and won the Group 1 Black Caviar Lightning (1000m) first-up at Flemington in February on her – but is sidelined indefinitely as a result of sustaining serious injuries in a Queensland Derby fall at Eagle Farm in June.

“James is on standby to ride In Her Time next week if, as expected, Hugh Bowman rides Osborne Bulls in The Shorts,” Kris Lees said this morning.

“No booking has been confirmed yet for the mare in The Everest.”

In Her Time has gained the Inglis’ slot for the third edition of The Everest, and Lees remains hopeful of also securing a berth for his talented four-year-old Graff.

He said Graff is in great order following his excellent first-up third to Redzel in the Group 3 Concorde Stakes (1000m) at Randwick last Saturday. Brenton Avdulla rode him then, and stays with him in The Shorts.

Brisbane Cup winner Sixties Groove will gallop on Tuesday morning, after which Lees will have a clearer picture of the import’s spring program.

Sixties Groove performed well below his best at his first start since winning the Cup (2400m) at Eagle Farm in June when a distant second last of 16 runners in last Friday’s Listed Wyong Gold Cup (2100m). He pulled up bilaterally lame (2/5) in both front legs.

Stewards subsequently ordered a full veterinary clearance to be provided before the gelding races or trials again.

“Sixties Groove seems to be okay, and we’ll know more when he works on Tuesday morning,” Lees said.

“She drew the outside (13 ran) in the Tramway, but her run was inconclusive,” Lees said.

“We may run her in next Friday’s Group 3 Cameron Handicap (1500m) at Newcastle.”