Trainer Claims A Disparity In Prices For His Two Stayers (Randwick)

Stablemates Our Candidate and Attention Run will clash at Royal Randwick on Saturday and Kris Lees has offered an interesting view on current pre-post market opinion.

The imports line up in the Gold Coast Turf Club Trophy (2400m) for Australian Bloodstock and will carry the same weight (58.5kg) after apprentice Sam Clenton claims 2kg on topweight Attention Run.

But the similarities end when it comes to fixed odds betting. Our Candidate (Brenton Avdulla) is $1.95 favourite with TAB.com, whereas Attention Run is at $8. 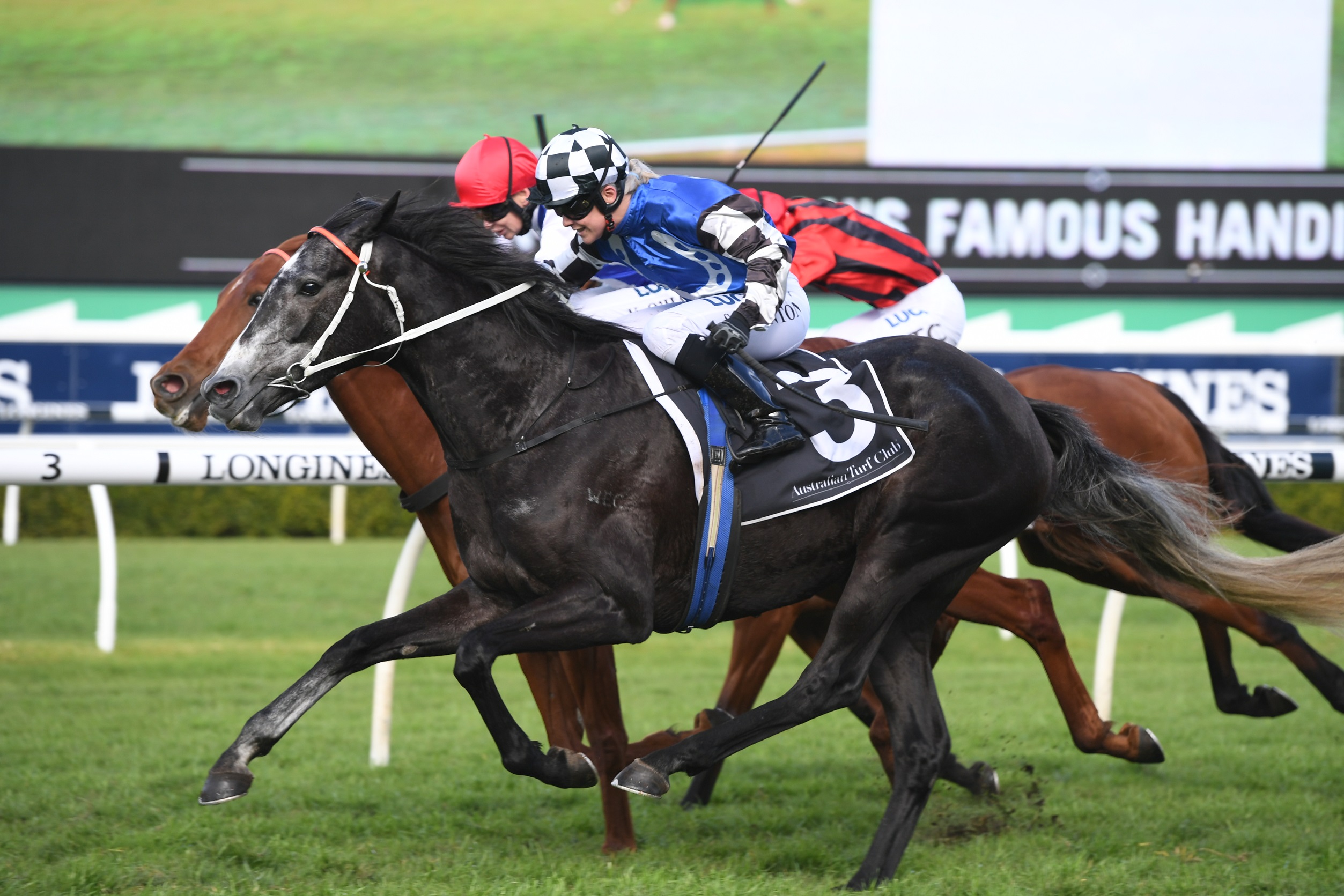 Attention Run (Samantha Clenton) gets up to score at Royal Randwick. Image by Steve Hart Photographics

“Our Candidate has to be our main choice on the strength of his impressive last start Rosehill Gardens win,” Lees said this morning.

“But I don’t think there should be the gap in the market there currently is.

“Attention Run is going to be better suited getting up in distance now than her two recent runs for me over 1600m and 1800m.

"Both she and Our Candidate are going well and heading in the right direction. I’m sure they will give a great sight.”

Provided Our Candidate and Attention Run race up to expectations tomorrow, they will head to the $200,000 Group 3 Newcastle Gold Cup (2300m) on September 20.

“I feel the bigger track at home suits them better than going to Wyong for the Cup (2100m) there in a fortnight,” Lees said.

Our Candidate stamped himself as a stayer of potential with a runaway victory in the same class at the same distance (2400m) at Rosehill on July 27, and rises 3.5kg as a result of that barnstorming performance.

Attention Run scored first-up for her new trainer over 1600m at Randwick on July 6 before a solid fourth – also in a Benchmark 78 but against her own sex – over 1800m there on August 3. She drops 2kg going back against the “boys”.

The pair has the advantage of recent runs in the Group 2 Missile Stakes (1200m) at Rosehill on August 10, Invincible Gem finishing a close second to hotpot Alizee and Le Romain four lengths back third.

“Both have come on well since the Missile,” Lees said. “Their performances tomorrow will determine where we head next with them.”

Le Romain has an excellent Randwick record, winning five and placing seven times from 19 starts. Invincible Gem is no slouch there either, winning twice and placing three times from nine starts.

“We didn’t have any options with her after her impressive first-up Rosehill win last month over tomorrow’s distance, and that’s why she went to Coffs Harbour,” Lees said.

Agent Pippa carried 62.5kg when third to All Stand in an 800m Open Handicap, and tumbles 9.5kg. Jay Ford rides the former West Australian mare, and Lees is confident she can run well.

Delectation Girl (Avdulla, $34) has her second Australian start in the Group 3 Show County Quality (1200m), and Lees considers she might find her rivals a bit too sharp, especially from an awkward draw.

“Races such as the Mona Lisa Stakes (1350m) at Wyong on September 6 and Tibbie Stakes (1400m) at Newcastle a fortnight later will be more to her liking,” he said.

Lees has five acceptors at his home track (Newcastle) meeting tomorrow, but Wild Fortune is not certain to make her debut in the Maiden Plate (900m).

Lees says Wild Sheila (Aaron Bullock), runner-up at both starts at Scone and Hawkesbury since resuming, will be suited going up in distance to the 1895m of the Maiden Plate. She has drawn well; an important asset with the rail out 10m.

Vive Marie (Christian Reith) and Sunreel (Bullock) both contest the Class 2 Handicap (1400m) against their own sex, and both are rated chances.

Great Danger (Bullock) has his third start this preparation in the Class 2 Handicap (1400m) for colts, gelding and entires, and his trainer is looking for an improved showing.

“He was just okay last time (sixth to stablemate Albert’s No Pussy over 1300m at Newcastle on August 10) when he drew poorly, but has trained on well since that run,” Lees said.