She is arguably the most interesting runner at Rosehill Gardens on Saturday, and her new trainer Kris Lees is expecting her to “run really well”.

Much-travelled Delectation Girl ($5 on TAB fixed odds), who has raced in Great Britain, Germany and the USA, makes her Australian debut in the 1100m Handicap.

Kris Lees [pictured below] has booked apprentice Sam Clenton to ride the mare, lessening her 60kg topweight by 2kg.

“Delectation Girl has been with us for quite a while, and is in good order,” Lees said. 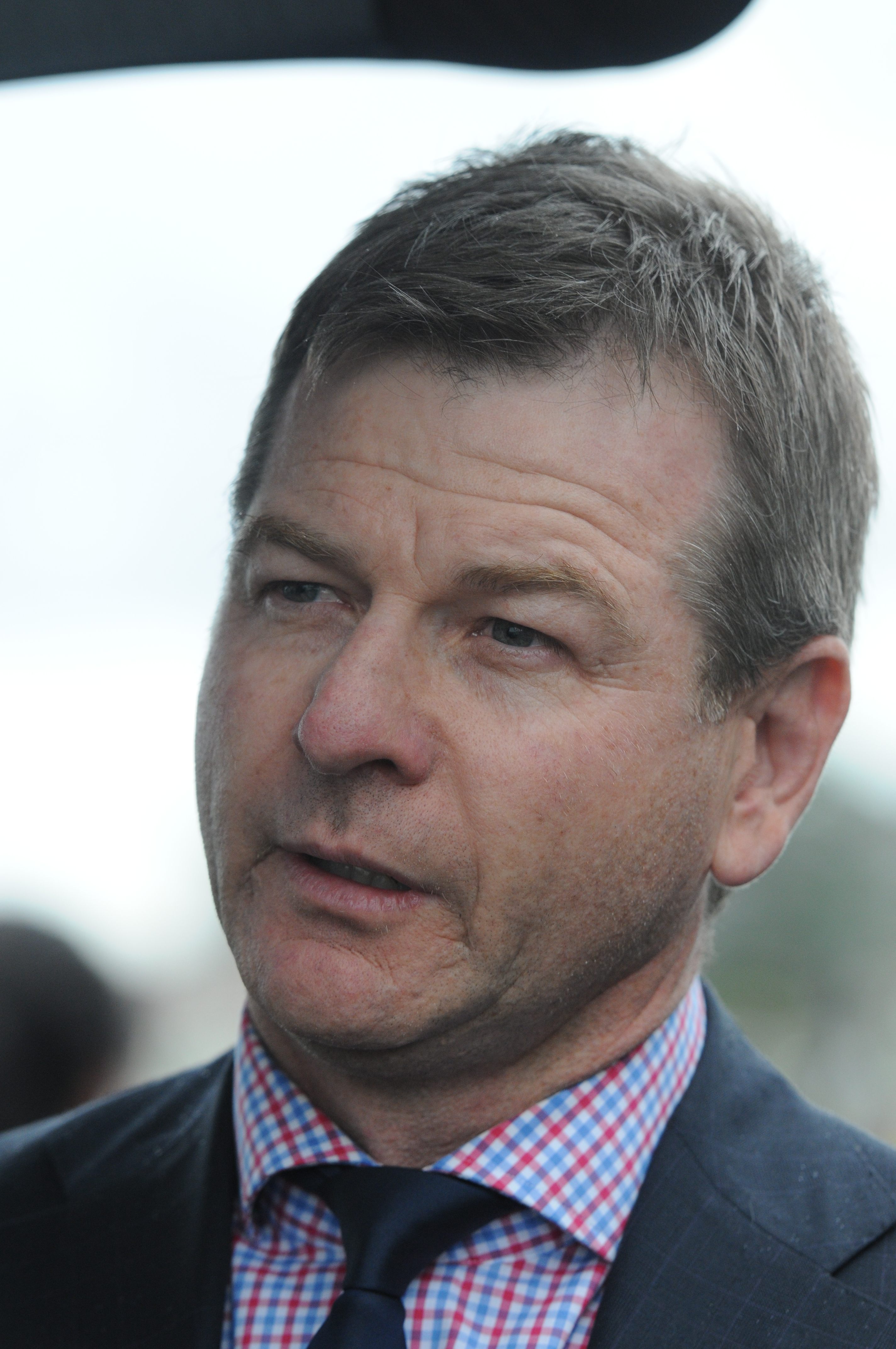 “Whilst her overseas form profiles her as a 1600m horse, she has been a bit aggressive in her work, and that’s why I have decided to start her off at 1100m.

“Both her trials have been good, and though she will obviously take benefit from Saturday’s race, I expect her to run really well.”

Delectation Girl was purchased by Australian Bloodstock after scoring on debut as a two-year-old over 1200m at Thirsk (England) in August, 2016.

She has won four – including two over 1600m in Germany when prepared by 2014 Melbourne Cup winner Protectionist’s trainer Andreas Wohler – from 12 starts, and hasn’t raced since finishing fifth in a Group 3 over 1100m at Keeneland (USA) in October last year.

Delectation Girl finished second in a 900m Muswellbrook trial on June 26 before easily winning a Newcastle 800m trial, with Brenton Avdulla up, on July 16 (stablemate and triple Group 1 winner Le Romain was third).

Lees, needing only four more winners for a remarkable 250 before the season ends next Wednesday, has seven Rosehill acceptors and has opted to reintroduce blinkers for both High Power (2400m Benchmark 78 Handicap) and pre-post favorite Front Sight (1400m 3YO Benchmark 70 Handicap), along with removing a nose roll from the former.

“High Power was disappointing last time, but his previous runs this campaign were good,” Lees said.

“Front Sight is staying at 1400m, hence the reason I’m putting blinkers back on him. He got off the bit on the home turn at Warwick Farm last start and was beaten only a half-length.

“Our Candidate is a good staying prospect who has trained on since his second at Randwick three weeks ago, and he will go well.

“But he will need to put his mind right on the job, otherwise he is likely to be gelded.

“Fuji Fury had a break between his Brisbane run in late May and when he won over 2400m on the Kensington track on June 26, so there’s no reason why he can’t run well again.”

Lees says Take It Intern (Gibbons) has freshened up nicely since his close second to Duca Valentinois in an 1820m Listed event at Eagle Farm on June 22, and is confident he will take beating in the Listed Winter Challenge (1500m).

“He trialled nicely at home last week, and this race looks a nice option,” he said.

Lees considers he pulled the right rein with Stella Sea Sun (Avdulla) in bypassing a Randwick assignment – won by Haut Brion Her last Saturday – to keep her for a Benchmark 78 Handicap (1200m) against her own sex this week.

“That was a very strong race at Randwick, and she appears much better suited this time.”