Spelling Mare "Did The Trick" For Saturday's Highway

Prolific series winners, Danny Williams and Matthew Dunn will dominate the Highway form analysis and tips for the Kensington Track on Saturday.

However, whenever the racing media delve for Norm’s educated opinion on a ‘watch’ outsider, he happily accommodates. And it’s usually a profitable exercise. 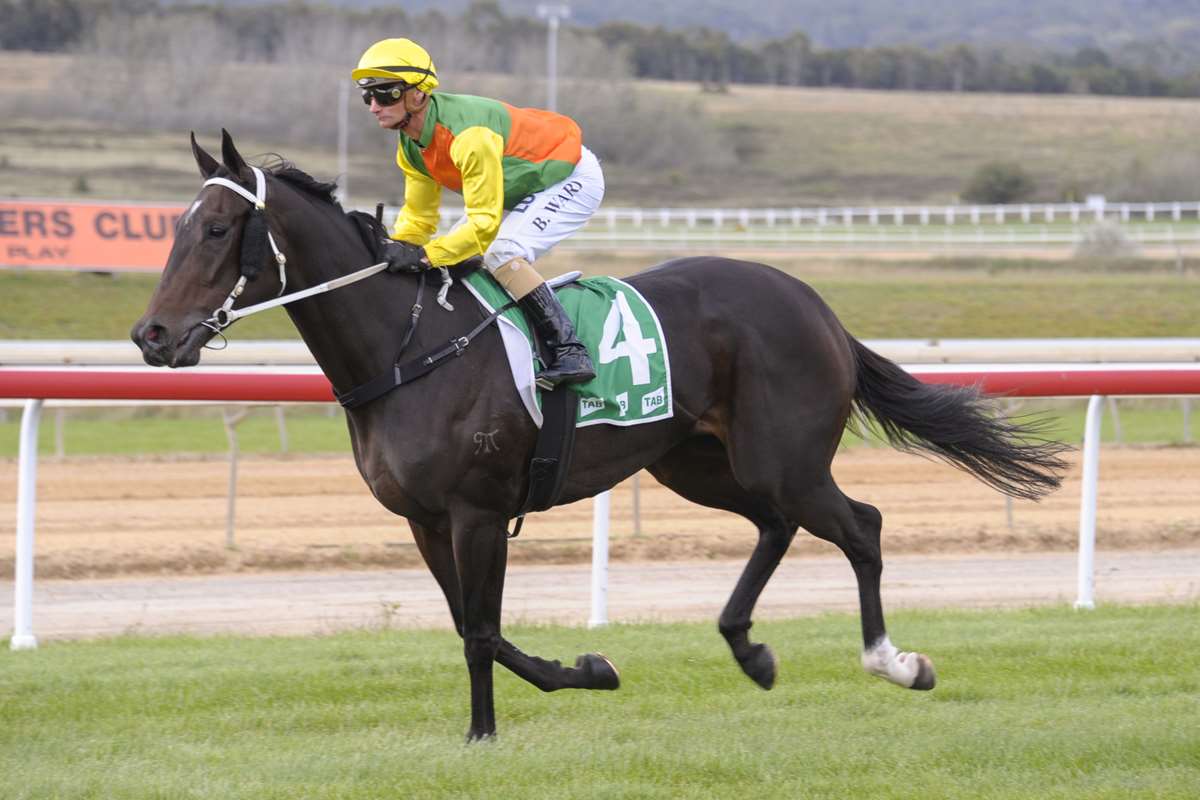 Ultraviolet (Brendan Ward) heads to the barriers at Goulburn. Image by Bradley Photographers

Norm is a hard-marking country survivor who has won four Highway races and been ‘nutted’ a few more times in photos.

Training a small but select team, Norm doesn’t waste time or travel from the ACT and previously Harden, unless he’s convinced he can take home city prizemoney.

The Sebring four-year-old scraped into the field on the 53kg limit for a TAB $75,000 Class 3 1400m, at the Kensington Track on Saturday. Significantly, Brendan Ward comes to town for the one ride.

“This mare has always shown ability but she’s been hard to get right after fracturing a knee and other problems,” Norm explained.

“Even when she started running nice races and broke through, she wasn’t letting down the way I’d like.

“Something wasn’t quite right. She seemed to be still feeling something and lacking confidence.

“So I turned her out for a decent spell. That did the trick.

“She’s come back a different mare, found lengths to win those races. And still improving four runs into this prep.

Norm is a popular Highway original. His dual series winner in 2016, ‘pocket rocket’ Atom Eve was scintillating at Royal Randwick and Canterbury Park.

Doubtless, Norm’s résumé would’ve looked even better only for Canberra trainers ruled ineligible in 2017 when classed as Provincial stables. They were reinstated on appeal late in 2018.

Meanwhile, Ultraviolet and stablemate Upper House, a last start Gundagai winner, were nominated for the Highway as well as this week’s Wagga Wagga Gold Cup and Town Plate Carnival.

Upper House will race in the Riverina: “We’d nominated for Wagga, in case we didn’t get a run, way down in the ballots. But her owner was keen for Sydney and so was I.

“There’s the big difference in prizemoney, and obviously as class three, if she wins one more in the country she wouldn't be eligible for Highways.

Typically, Norm opposes multiple series winners, Danny Williams who has three form contenders, and Murwillumbah’s Matthew Dunn with We Concur who has won three of it’s past four starts up north, significantly at long odds-on. Outsider Timeon is an early scratching.