He carries the same name as successful Italian football team Juventus, and is ready to “kick a goal” on resumption at Royal Randwick on Boxing Day.

The equine Juventus, a lightly-raced four-year-old who sports the same silks as his glamour stablemate and triple Group 1 winner Le Romain (both were sired by Hard Spun), is chasing a fourth consecutive victory at his return to city racing in the Benchmark 70 Handicap (1200m).

Kris Lees has secured Sydney’s premiership front-runner James McDonald (51 winners already this season) to partner Juventus ($8.50 into $6.50 on TAB fixed odds), who hasn’t raced since scoring on his home track on May 5 when he carried 59kg in a Benchmark 64 Handicap (1300m). 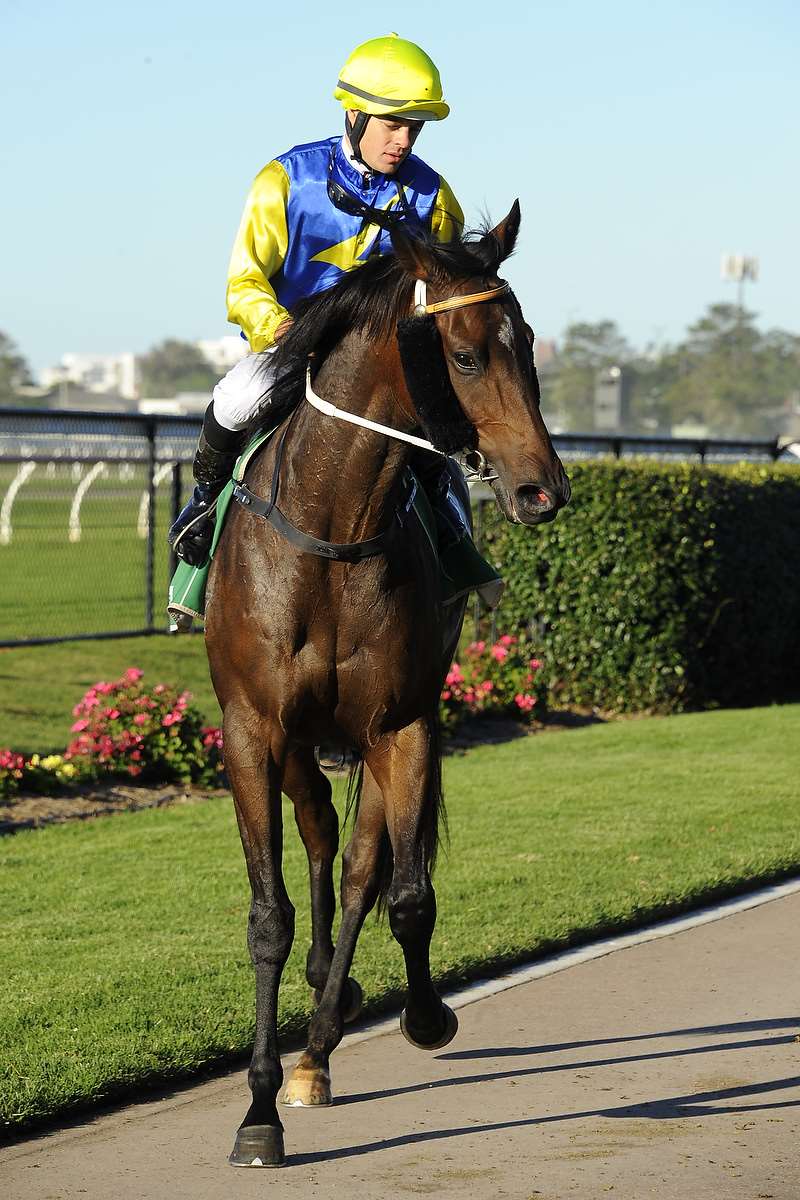 He had broken through at Tuncurry in a 1400m Maiden in December last year and subsequently also scored at Port Macquarie in April.

“Juventus has raced only six times for those three wins, and is back after a slight issue,” stable spokesman Lucas Miller said this morning. “He is a nice horse who has trialled up well for his return.

“With McDonald’s booking and the soft gate (2 in a field of 13), he looks to be our best chance.”

Articus (apprentice Sam Weatherley, $26) is likely to back up in the Group 3 Summer Cup (2000m) provided the track remains rain-affected (currently a Soft 7).

The seven-year-old got out of his ground and never came into contention when 11th to Sky Boy in the Group 2 Villiers Stakes (1600m) at Randwick on December 15.

“This race is going to suit him better, getting up to 2000m,” Miller said. “His previous two runs this campaign when placed at both Randwick and in the Goulburn Cup were excellent efforts.”

The stable is likely to rely on Gooree-owned debutant Intimidating (Weatherley, $11) in the 2YO Handicap (1000m), with Snowzone scratched this morning. A Sebring colt, Intimidating has trialled twice – at Gosford and Wyong – earlier this month in preparation for his first start.

“He is a nice youngster, and tackling city class on debut will tell us where we are at with him,” Miller said.

Weatherley also takes his 2kg claim on Silver Melody in the Benchmark 64 Handicap (1100m, $9.50) for three-year-olds. The All Too Hard filly is putting together a good record, having won twice and been runner-up twice from her only four starts to date.

“Silver Melody is doing everything right,” Miller said. “She steps up in grade, but is down in weight and favourably drawn and is a definite chance at her first run in town.”

He also runs Bedivere (2360m Class 1/Maiden Plate) and Black and Tan (1400m Benchmark 64 Handicap), but I’m Kate will bypass the 1400m Maiden Plate because of her wide draw (the rail is again 11m out as it was at last Saturday’s fixture).

Former Godolphin four-year-old Pickelhaube has raced twice for Lees; the latest when third with 59kg in a Taree Handicap (1600m) last Monday: “We’ve taken the blinkers off and kept him at 1600m, and intend to take advantage of his inside draw and be more positive with him,” Miller explained.

Bedivere (Gibbons) was a late withdrawal at the barrier from a Scone engagement on December 14, but is fine and will take his place in the Class 1/Maiden Plate. Bedivere, a Camelot three-year-old, broke through over 2000m at Taree on December 3 at only his third start (when in blinkers for the first time) and has worked well since missing the Scone race.

Black and Tan, a member of Joe O’Neill’s Prime Thoroughbreds’ team, makes her debut for Lees after arriving from Victoria, where she last raced for John Moloney when fourth over 1600m at a midweek Sandown meeting on November 21 when well and truly in the market ($4.40).

“She arrived in good order and her work has been good,” Miller said. “From a nice gate, it would be no surprise to see her race well.”