The inaugural running of the ground-breaking $7.5 million Golden Eagle at Western Sydney’s Rosehill Gardens has attracted the very best four-year-olds from Australia and internationally.

Racing NSW and the Australian Turf Club this week received a total of 150 nominations for the world’s richest race for four-year-olds, to be run over 1500m at Rosehill Gardens on Saturday 2 November.

All major stables and owners across Australia and New Zealand have nominated for the Golden Eagle as they aim to create history at Sydney’s expanded Everest Carnival. 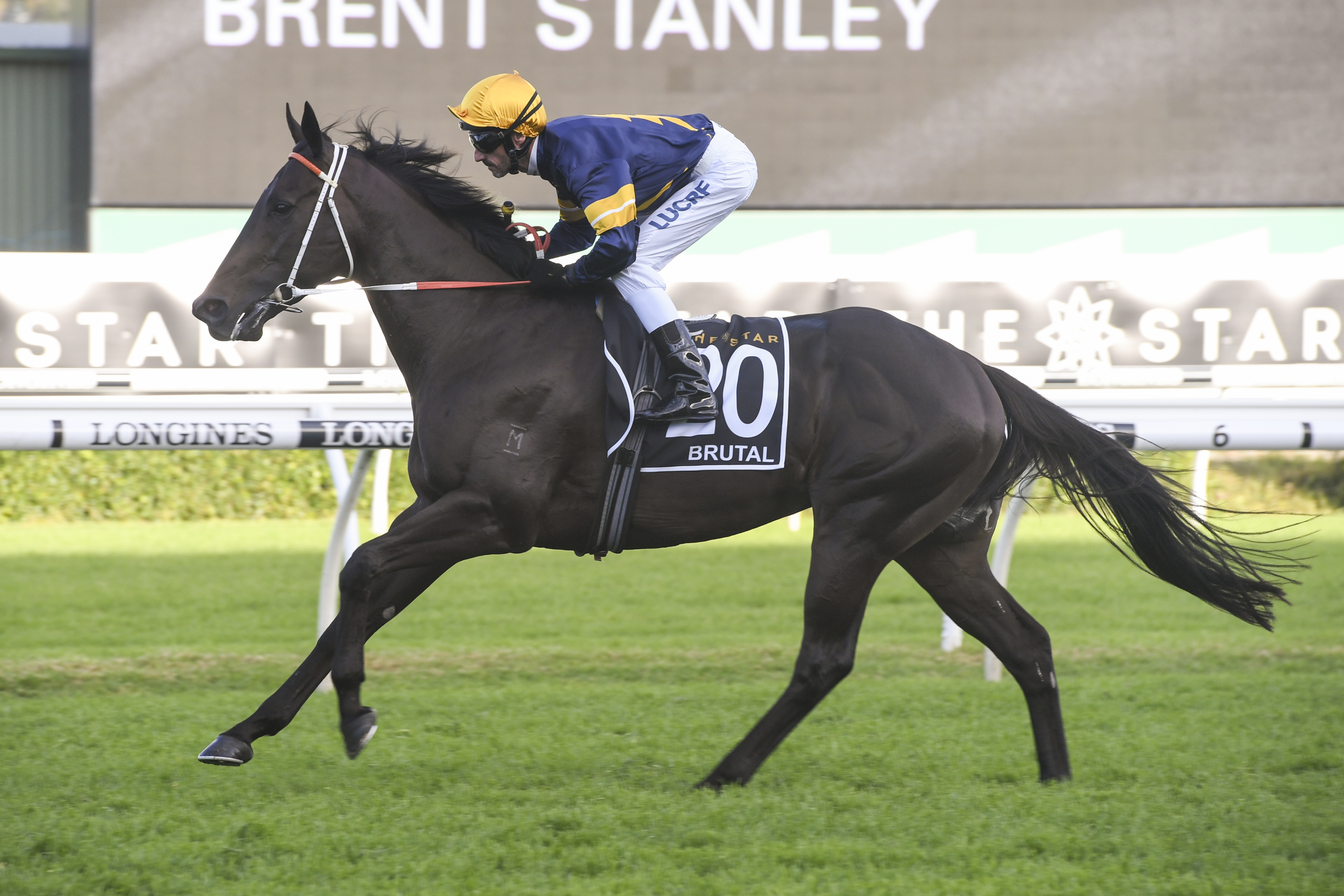 Brutal (Glen Boss) - one of the top fancies for the $7.5m Golden Eagle. Image by Bradley Photographers

Amongst the Australian trainers with the highest number of nominations are Chris Waller (30), Kris Lees (14), Hawkes Racing (11), Hayes, Hayes and Dabernig (6) and Mick Price and Michael Kent (6).

Group 2 winner Shine So Bright for Andrew Balding and Group 1 placegetters King of Change for Richard Hannon and Skardu for William Haggas are entered.

The $7.5 million The Golden Eagle is part of Sydney’s spectacular seven-week Everest carnival, which offers almost $30 million in prizemoney at Rosehill Gardens and Royal Randwick.

Ten per cent of prizemoney from the Golden Eagle – a total of $750,000 – will be donated to charity organisations, as nominated by the connections of runners in the final field. Details regarding the charity component will be released in coming weeks.

“The Australian Turf Club is committed to recruiting the best horses to Sydney from interstate, New Zealand and Europe and we are excited by the level and quality of the nominations in just the first year.

“The inaugural Golden Eagle is shaping up to be one of the highest-rating races on the Australian racing calendar and we look forward to showcasing our global city over seven weeks of the Everest Carnival.”

The world’s richest race on turf the $14 million TAB Everest will be run at Royal Randwick on Saturday 19 October, ahead of the inaugural running of the $7.5 million Golden Eagle.

Full list of nominations for the $7.5 million Golden Eagle

For all ticketing, hospitality and general information go to theraces.com.au