The world watched and cheered as champion galloper Winx created a slice of history by claiming her 33rd successive win in today’s $4 million Longines Queen Elizabeth Stakes (2000m) on Day 2 of The Championships at Royal Randwick.

“This was always going to be one of this country’s great sporting moments and one that will go down in history,” said Racing NSW’s CEO, Peter V’landys AM.

“Winx has not let us down and we have been privileged to witness one of the greatest horses to have raced; she has taken Australian racing to the world. 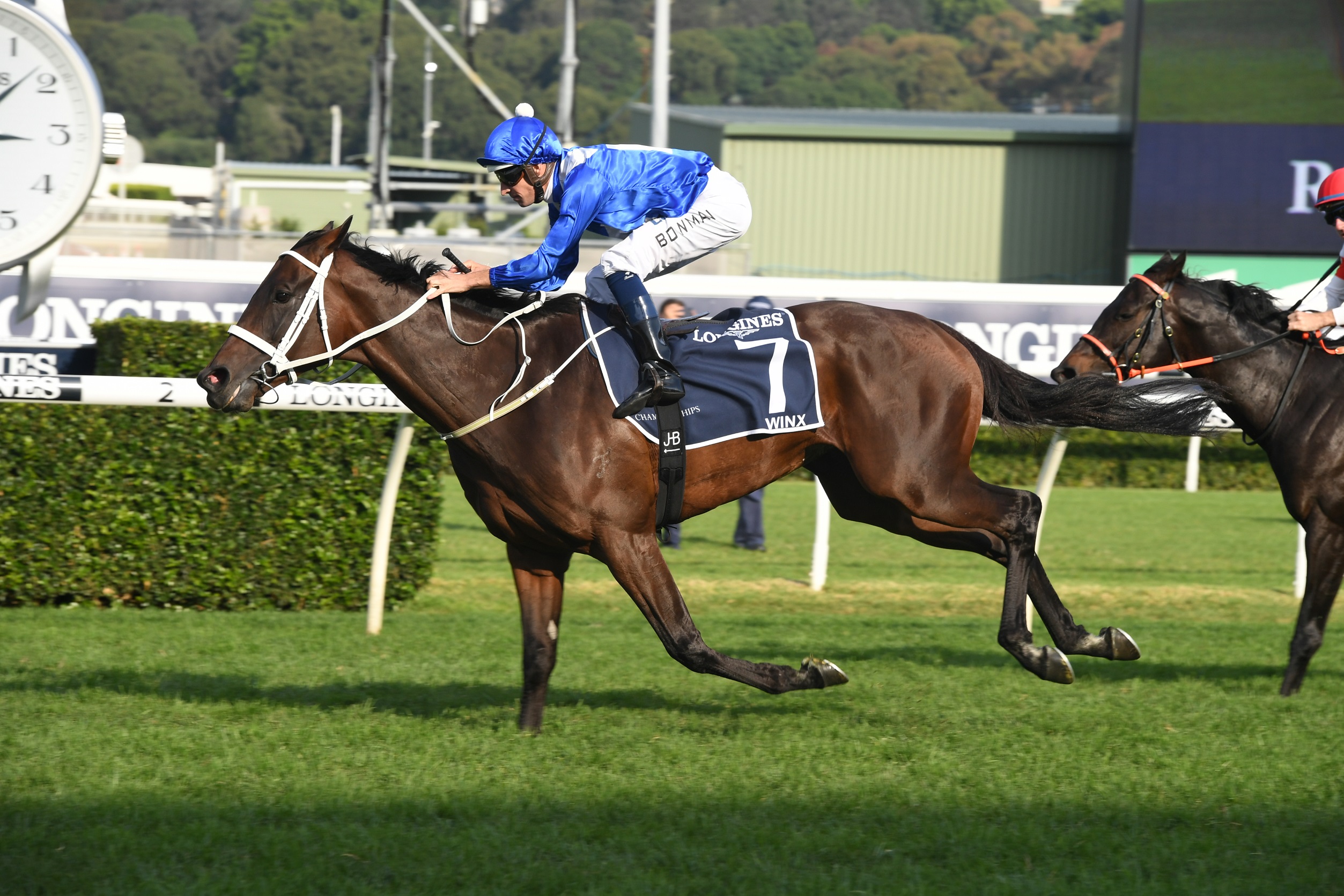 “She is a credit to Chris Waller and his staff, Hugh Bowman, and her owners who have been generous with their time throughout her 43-start career.

“In front of a record-breaking Randwick crowd, this is a sporting occasion that will be talked about for generations to come.”

Winx retires with a record of 37 wins and three placings from 43 starts with a mammoth $26.3 million in prizemoney.

Winx’s epic victory was beamed to more than 62 million homes worldwide across 68 countries, with millions more watching in Australia.

Sky Racing broadcast Winx to 5,000 TAB venues and racetracks around the country, and to 1400 retail outlets.

Australian Turf Club put up the ‘sold-out’ sign during the week for today’s races and has reported a crowd figure of 43,833 – a modern-day Royal Randwick record.

“Royal Randwick has made history today in the world of racing,” Mr Barkley said. “Winx has delivered on one of Australia’s biggest days in sport.

“WInx has joined the immortals of sport anywhere in the world. On a world stage Winx has shown she is one of the greatest we will ever see.

“Winx set Royal Randwick alight for a day that will live in the memories of everyone for decades to come.”