Christmas will likely come early for fans of champion Winx eagerly awaiting confirmation that she will race on into at least the autumn of 2019.

Trainer Chris Waller has confirmed the seven-year-old mare has been in pre-training, along with rising star The Autumn Sun, for a few weeks and a decision is imminent on her immediate future.

“Winx has enjoyed her spell and commenced some light pre-training at the farm a few weeks ago,’’ Waller said. 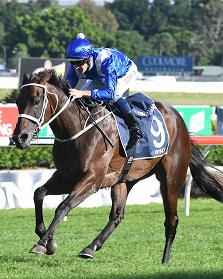 Champion Winx is in pre-training for an autumn preparation (Pic: Steve Hart)

“She has progressed well since returning, is bright and looks in excellent condition so I look forward to her return to our stables this week.

“I plan to meet with the ownership group and Hugh Bowman next week to discuss her immediate future and subsequent to that we will update everyone on the plans of a likely Autumn preparation.’’

The words ‘likely Autumn preparation’ are music to the ears of racing fans worldwide as the mare will have the chance to extend her unbeaten run that stands at 29 following her fourth Cox Plate win back in October.

Waller has followed a standard Sydney autumn preparation with Winx since her unbeaten run commenced in mid-2015 starting with the Group 2 Apollo Stakes (1400m) at Randwick in mid-February.

The past three Group 1 Chipping Norton Stakes (1600m) have fallen her way and Winx will be out to emulate Tie The Knot in claiming the feature mile four years running.

A four-peat is also on the cards in what could be her Rosehill swansong in the Group 1 George Ryder Stakes (1500m) on Golden Slipper Day.

With 33 wins from 39 starts, Winx has amassed $22.9 million and is currently rated equal with Cracksman atop the world rankings.