What You Missed - Villiers Stakes Day 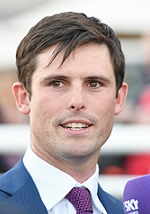 Gun mare Alizee is up and about early ahead of the autumn and James Cummings has pencilled in the $150,000 Listed Christmas Classic (1200m) on December 29 at Randwick for her return.

Nothing is set in stone but it looks a likely target for two-time Group One winning mare, one of which was a dominant last start win in the Queen Of The Turf.

The four-year-old was forced to miss the spring after bleeding and incurring a mandatory three month ban but looks to have lost none of her zest, zipping home in a barrier trial back on December 4. She'll step out again on Monday at the Randwick trials.

"She trialled really nicely and you like to see them come back and do that," quipped Cummings on Saturday.

The Case To Forgive Seasons
Did some of the shine come off Seasons after her defeat?

Don't be too quick to sack the Les Bridge-trained mare having run a narrow second to Star Reflection. Punters Intel reveals that the leader Alassio went surprisingly fast in the race, clocking 35.13s for the first 600m.

The four-year-old was by far the best of the on pacers which included Sweet Scandal, who like Alassio, was hard in the market.

"She went well, it was just the barrier that probably beat her. Just had to do a bit of early work," said Seasons' jockey Tim Clark.

Can Seasons do it again for Les Bridge?

Strasbourg Settles For Second
Accession may have won the $500,000 Inglis Nursery but the horse to take out of the race is Strasbourg after he thundered home under Corey Brown. Punters Intel reveals a last 600m of 34.97s, two lengths quicker than the next best (Acession's 35.24s).

"He ran super, said Brown, "He hasn't got any early gate speed, and I know he won over 900m at Newcastle but he loses a position once everyone settles down and has to take what he his given."

"We got caught behind a couple of slow ones right on the home turn. It was the run of the race and Hughie got all of the cheap runs while I had to do all the work. They are two smart horses." 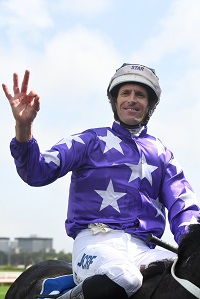 What the rest of the jockeys said:

Hugh Bowman (Accession): "He did it well and still did a bit wrong when I hit the front. He is a nice horse and I like him."

Tommy Berry (Namimo): "Really good effort and she has got a lot of improvement there. She'll be better once she gets to 1100-1200m."

James McDonald (Enforcement): "He just needed the run but he is a nice horse."

Michael Walker (Touch Of Paradise): "She is not there yet, she's got the ability but is doing everything wrong."

Jay Ford (Stellar Blaze): "Was never in the hunt."

Jason Collett (Stralex): "Went too keenly with the hood (blinkers) on."

Robert Thompson (Off To Moe's): "They out sped me early but he worked home nicely."

Josh Parr (Stronger): "It was a really sound effort."

Tim Clark (Blazing Miss): "She has done a good job this prep but might have had enough now. She ran well though."

The odds on favourite sat outside of the leader, and eventual winner, Fell Swoop but laboured at the finish to run second.

"He just struggled in the ground and isn't the same horse as he is on top of the ground. He never travelled like he usually does," said Collett.

Punters Intel reveals Fell Swoop ran his first 600m in a slick 34.52s and was entitled to feel the pinch late but his last 600m of 36.19s was the quickest in the race. It was 958 days between wins for Fell Swoop but all honours to the rejuvenated seven-year-old.

"It is a very proud moment, all the staff, my team, my family, they know what it means. When you've got an older horse who has been your best horse but has been out of the winners' stall for some time, it is very rewarding," Dale said.

All of the replays and results for Royal Randwick on Saturday.