What You Missed - Tancred Stakes Day

Derby Not Donnie For Madison
Madison County's co-trainer Andrew Forsman and jockey Tommy Berry agree that next Saturday's Australian Derby is the right target for the three-year-old, not the Doncaster Mile, following his second in the Tulloch Stakes behind Angel Of Truth.

"We have always thought, providing he ran an honest race today, and looked like he'd stay, that's what he'd do," said Forsman.

"I know some people would like to see him in the Doncaster but I'm just not convinced he is that sort of horse, and I know Tommy shares the same opinion."

Punters Intelligence reveals what was obvious to the eye, Madison County moved strongly into the race, running the fastest splits from the 800-200m before his last 200m (12.39s) ranked third.

Tommy Berry was critical of his own ride after the race, “I think I’ve probably cost myself the win there. At the 600m, I had a chance to follow the fence and would of ended up behind Corey (Brown, Angel Of Truth) on the corner. I just didn’t think he was the right horse to be following. If I follow the fence we probably win.”

Forsman also said that stablemate The Chosen One will likely join Madison County having won the Manawatu Classic (2000m) at Awapuni on Saturday.

Here is your Tulloch Stakes favourite Madison County and @BradJGray can’t go around him after his run behind The Autumn Sun!

Don't Miss Amelia At Nowra
There is a Championships contender debuting in a Nowra maiden on Sunday, and her name is Miss Amelia.

The two-year-old daughter of Amelia's Dream (by More Than Ready) has looked outstanding in her trials, the latest at Warwick Farm.

"It's about getting a bit of prizemoney to get in but at the same time Bjorn wanted to run her on Sunday so it is two weeks into the race. He didn't want to pick a Wednesday race and go a week and half. It is basically a second barrier trial on the back of a good first trial."

"We wanted to give her a trip away as well which is why we are going there. She is still physically very immature, a small filly and still lightly-framed but she has a stack of natural talent."

Elleegant Gear Change A Masterstroke
"Ear muffs, something so simple. I have never seen a horse transform like that in two weeks." 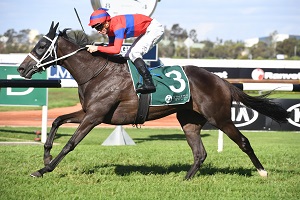 James McDonald said the gear change did the trick after Verry Ellegant dominated the G1 Vinery Stud Stakes. The filly loped around the parade like a different horse, settled in the run, but that same explosive turn of foot was still there.

Chris Waller ruled out backing up Verry Ellegant in next week's Australian Derby confirming that the Australian Oaks will be her next start.

“I was thinking after today if she didn’t win maybe look at Queensland Oaks, give her a bit more time. I don’t think we’ve got that luxury. We can go to the Oaks with a bit of confidence," said Waller.

You'll see runner up Frankely Awesome in next week's Derby though, and the powerfully built Frankel filly will be hard to beat out to 2400m given the strength of this season's crop of fillies.

No Winx Clash For Avilius
Avilius is more likely to find himself kicking back instead of at Randwick in a fortnight attempting to spoil Winx's farewell party. 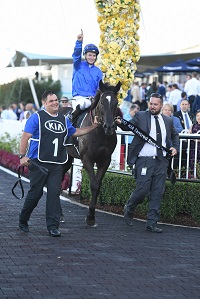 "He still holds a nomination in the Queen Elizabeth but in my opinion I’ll put him in a paddock now. The preparation he’s had has been magnificent," said James Cummings after Avilius proved a class above in the G1 Tancred Stakes.

"He’s a serious horse and fully fit his last two starts he’s proven his weight-for-age capabilities. He’s had a $1.5 million canter around Rosehill.”

The five-year-old import showed his customarily acceleration prompting James McDonald to label Avilius the heir apparent to Winx in being the country's best galloper.

“I shouldn’t get paid for that one I don’t reckon. I know what all the fuss is about with him now. What a super horse, push-button," said McDonald.