Cellsabeel Run A 'Head Scratcher'
Tommy Berry, like many punters, was left wondering what had just happened after Cellsabeel ground home into fifth in the Silver Slipper. It was later found that she pulled up lame (2/5) in the off fore.

"Not sure, a real head scratcher," said Berry, "She never took me into the race at all today, I was gone at the 600 and never felt like I was ever going to be a threat in the race."

"Completely different to what I rode five weeks ago."

Gai Waterhouse added a sixth Silver Slipper to the collection when Farnan scooted clear, with the colt absorbing plenty of early pressure sitting outside of Every Rose.

Pierro (2012) went on to win the Golden Slipper while Excellerator (2001), Hasna (2003) and Sweet Idea (2013) all placed. Amelia's Dream (2008) never raced again after the Silver Slipper. It's something to keep in mind when assessing Farnan's Golden Slipper chances.

Co-trainer Adrian Bott said the original plan was to run in the Todman Stakes after the Silver Slipper but the win has forced a rethink.

"He is a very athletic horse, so whether he needs that extra run now we'll see how he comes through. He has done enough now (to get in) and we've got some thinking to do," said Bott.

Farnan was $51 into $9 for Golden Slipper while Cellsabeel eased from $6 favourite to $11.

Will she still be Slipper favourite after today? 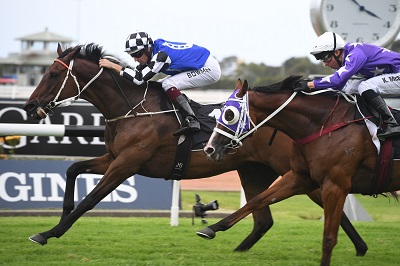 The import made light work of the 59.5kg top weight to hold off a late charge from Eastender while defending champ Red Cardinal ran third.

"I worked into the race earlier than I would have liked," explained Bowman, "But the horse didn't leave me any choice because he was travelling so well and I think that told in the final stages being first up."

"I am not convinced he is a genuine two miler to be quite frank but (the Tancred) would be an ideal target race," said Lees.

Meanwhile, Lees said that Danceteria will kick off his autumn next week in the G1 Chipping Norton Stakes.

It shapes to be a crack edition of the race with Avilius, Dreamforce, Te Akau Shark, Danzdanzdance, Verry Elleegant, Happy Clapper and Fierce Impact all expected to line up.

Hobartville Report Card
Brandenburg caused a boilover in the G2 Hobartville Stakes (1400m) but there were a couple of eye-catchers heading into the autumn.

None more so than Castelvecchio.

Punters Intelligence shows Castelvecchio was left flatfooted between the 600 and the 400m, running 11.75s, the second slowest in the race, before his last 200m of 11.65s was clearly the quickest.

Kerrin McEvoy (Castelvecchio): "It was a pleasing run he just found it short of his best trip, of his preferred distance but liked the way he got balanced up and powered though the last two furlongs."

Josh Parr (Shadow Hero): "He continues to impress me this preparation and he is on track for a strong preparation."

Hugh Bowman (Microphone) - "All credit to the winner, and (Microphone) was strong late but it was his for the taking at the top of the straight."

Tommy Berry (Warning): "It was a massive run, he jumped really well but we had to go back, really liked his last 200m, he is on for a great campaign."

He’s $6.50 with @tabcomau to win the Hobartville ahead of a big autum pic.twitter.com/rIJX8jizG6

Master Of His Own Destiny
Just where does Master of Wine end up this autumn?

In the Hawkes yard where patience holds up the stable as much as brick and mortar, Michael Hawkes said they will let the horse tell them. 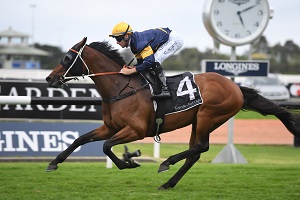 "This horse's best attribute is he has the biggest turn of foot and we just saw that, as the races get longer it is going to be pretty exciting," he said.

"We want to give him a light autumn but who knows where he might take us, it's up to him."

Punters Intelligence shows the five-year-old ran his last 600m in 34.63s. That was second to Aliferous (34.53s) but the sectionals don't tell the story of how soft the 3.5L win was.

"I'm glad it wasn't any further today because he was on the bit and travelling," said jockey Tommy Berry, "This is a horse we have always had a lot of time for."

Check the results and replays for Rosehill.