What You Missed - Silver Slipper Day

Sun Rises To The Challenge
It didn't all go quite to script for The Autumn Sun but Kerrin McEvoy never had any doubt that the star colt was going to win the Hobartville Stakes. 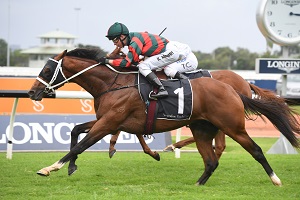 "He found the ground a little bit against him but he was always going to get there, it just took a while to do it," said McEvoy.

"I've always thought he'd enjoy a little bit further but we'll wait and see how he goes in the Randwick Guineas and then Chris (Waller) and the team will assess after that."

Waller praised The Autumn Sun's attitude before suggesting he has the talent to be the best colt he has ever trained. As for what's after the Randwick Guineas, Waller says he is unsure himself.

Time For Tassort To Turn Tables
Tassort maintains Golden Slipper favouritism at $4.50 with TAB after his second in the Silver Slipper Stakes, but there's a new genuine contender in Time To Reign ($26-$11), the half brother to She Will Reign.

James McDonald expects to Tassort bounce back when the pair meet again in the Todman Stakes, if the track is dry.

"Excellent run, he wasn't ideally suited in the soft ground but when he gets good ground you'll see a different result," said McDonald.

Jason Collett, who rode Time To Reign, said having a horse to chase down really sparked the two-year-old into action.

"He didn't have the early speed of McLaren and Cardiff but that solid tempo helped. I gave him a squeeze at the 600m, he picked up under me and he really hunted down that leader. It was very, very impressive. He had bottom to him, he is better chasing than being in front," said Collett.

Tim Clark (Faretti) - "He travelled well but as soon as he came off the bit in that ground he was lost, he'll improve and probably wants 1200m on top of the ground."

Tommy Berry (Born A Warrior) - "He was the new horse in the field and did a bit wrong but I was really happy with the way he found the line, he got stopped in his tracks half way down the straight and quickened up again on a track that didn't really suit him."

Kerrin McEvoy (McLaren) - "He didn't enjoy that ground and was off the bridle at the 600m."

Punters Intelligence reveals Time To Reign and Tassort ran near identical sectionals from the 1000m all the way home.

Check out how similar the last 1000m splits were for Time To Reign and Tassort!

Baller By Nature Too
Baller, by definition, is someone who or something that is skillful or excellent. Fitting name for this colt and what excites Tommy Berry the most about Baller is that he simply doesn't know how good he is. 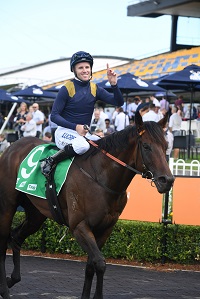 The Anthony Cummings-trained three-year-old ambled up to leader Spiritual Pursuit, and although the margin was narrow, he was always going prevail.

"He is still a bit green and wanted to switch off when he got there but he is very lightly-raced," said Berry.

"He travels up really well, I didn't want to hit the front too early on him but I still did, I thought in that ground he might not quicken as well as he did. He only does what he has to so I'm not sure how far he'll get but he's pretty exciting."

Cummings has already mapped out an autumn plan for Baller.

"He goes to Fireball next and if he does what we expect him to there, he'll go to the Galaxy," he said.

Meanwhile, Kathy O'Hara was gushing with praise for the brave Spiritual Pursuit having led the field up.

"She has really improved this preparation, she is the most improved horse in the (Coyle) stable. She definitely has stakes wins in her, against her own sex. She was really tough today," she said.

Let's Get Serious In Coolmore
For the punters that chimed into I Am Serious in the Millie Fox Stakes, don't for a second think of sacking her.

Her established pattern is to jump out of the ground second up, and that's what she'll be when she runs in the Coolmore Stud Classic (1500m) on March 16 next time out. Second up last time in she gave Avilius a fright having run second to Flow first up.

"She went really well, she is just looking for a bit further but it was a nice return," was the quip from her jockey James McDonald.

Let's take nothing away from all the way winner White Moss though, or Savatiano, having run third.

"She was back to her old self, said White Moss' rider Kathy O'Hara, "She stepped away cleanly with the barrier blanket on. She wasn't in there for very long which helped her and the track conditions suited her. She was really tough and the stable is flying."

I Am Serious steps out ahead of the Millie Fox and presents in great order! @tabcomau @rosehillgardens @7horseracing pic.twitter.com/l2SjwwUkZa

Check out the results and replays for Rosehill today.