What You Missed - Rosehill May 18

Hush Writer To Make Winter Cameo
Gai Waterhouse and Adrian Bott's import Hush Writer will run first up in the Listed McKell Cup (2400m) at Rosehill in a fortnight.

"It's what he needs and anything less, he'd be left flatfooted. He has had the three trials, a good exhibition gallop today and done plenty of work at home," said Bott.

The Japanese-bred stayer, that raced in France, has been gelded since last spring where he had four runs in Melbourne. The four-year-old worked to the line with stablemate Wolfe in his exhibition gallop on Saturday, with Wolfe likely to been seen again next Saturday at Randwick.

"It will only be a light campaign for Hush Writer because the spring is everything we want to achieve so pending his performance it might be the only run he has this preparation," Bott said.

"He is still highly strung which was one of the main reasons to get him here today, in the spring he was shooting himself in the foot before the race."

Bott also confirmed that talented four-year-old Mister Songman is back in the stable after injuring himself when winning by seven lengths at Randwick back in December.

Sky The Limit For Kubrick
Kubrick had always been pegged as a very talented horse by the Chris Waller stable but as recently as six weeks ago there was deliberation as to whether he needed gelding.

He was given his chance at the races and now the son of Shooting To Win is two from two. 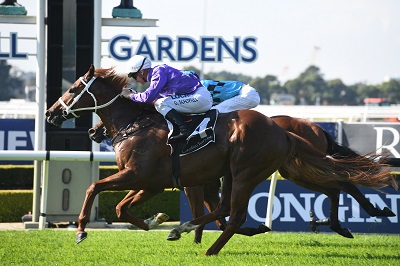 "The sky is the limit at this stage as he has done everything that we've asked," said racing manager Charlie Duckworth.

His rider Glyn Schofield added, "The tempo was really strong early on which allowed him to settle down. He had a bit of a look at his surroundings 50 metres from home so there was a little bit still left in the tank. It was quite comfortable at the finish."

Don't give up on the second horse Espinola either, with his ungainly action costing him victory.

"He throws his off front that awkwardly that the last 100 metres he got himself unbalanced and then got flustered when that other horse came up to him," said his hoop Blaike McDougall.

"He is an extremely nice horse and definitely a bit better than this grade but he is extremely immature. I know he has blinkers on already but the more racing he does the better he'll get, he just doesn't know how to put them away."

That was jockey Jay Ford's advice to punters after the import failed to flatter on his Australian debut at Rosehill, running 10th.

"I wouldn't write him off just yet," said Ford.

"He feels very one paced, he is very dour. He travelled very well but when they quickened he had nothing to answer with. His form in Ireland was when he was over a mile and a half and leading so I'd wait until he is ridden in front over a distance to assess him."

It was stablemate Star Of The Seas that took out the race, zipping home from last to score impressively. Punters Intelligence reveals that Star Of The Seas ran his last 600m in a slashing 33s flat.

Dolan Has Winning Mentality
Having just ridden a treble at Rosehill, leading apprentice offered an insight into his state of mind and it's little wonder he holds a 12 win gap over his nearest rival in the apprentice title. 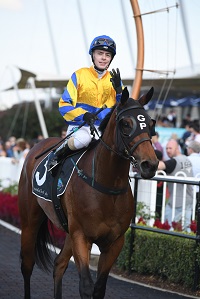 "I knew coming here I had a lot of good rides and thankfully I can get the job done," said Dolan.

Dolan rode Elm Court to victory in the TAB Highway Handicap before scoring on Star Of The Seas and Strome.

"She is the laziest horse ever," Dolan said of Strome, "Walking into the mounting yard, it felt like the M5 tunnel behind her lining up. You've got to really wake her up."

Check out the results and replays for Rosehill Gardens