What You Missed - Rosehill July 27

Slowly, Slowly With Lucicello
Chris Waller may resist the urge to push into the spring with Lucicello, but that's not for a lack of talent, it simply comes down to maturity.

"Her confidence will go to a whole new level again, she certainly has what it takes," said Waller.

"I'm a great one for taking horses through the winter into the early spring but I'll be very careful with her. We'll look after her and see where she is in a few weeks time, but I don't want to press the button just yet. She'll just get better and better with time."

Punters Intelligence reveals Lucicello clocked a last 600m of 33.22s, albeit in behind a gentle speed. Meanwhile, Waller said punters can expect to see True Detective at Randwick next Saturday.

"He is good enough to be competing over the spring so to be running with the top wiehgt and the wide draw, it wouldn't have been easy. He might have won but at what cost? He'll run next week."

Luccicelo is the favourite ahead of the first at @rosehillgardens.

She was dominant the last time we saw her! $3.30 with @tabcomau pic.twitter.com/ovmjK0neBZ

Candidate For Better Races
Our Candidate won with such authority that Kris Lees might be tempted into keeping the stayer in training, ahead of potential targets like the Wyong Cup and Newcastle Cup. 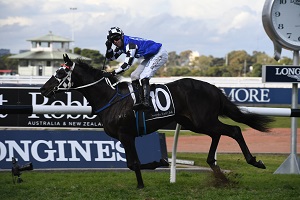 The rising five-year-old won by an official margin of 4.3 lengths but the dominance of his last 600m split was far greater with Punters Intelligence revealing his 34.68s was a whopping eight lengths quicker than the next best (35.99s from Kaapfever).

"If he failed today we'd have put him away, he has really threatened to do that at home in trackwork for a while," said Lees.

"That's the first time I've seen him do what I see him do of a morning."

It was a brilliant rails-hugging ride from Brenton Avdulla who quipped post-race, "I expected one or two to get off the rail but not everyone, he enjoyed it and by the time he cornered he was in front.

"He had a little bit of a look but he put the race away very quickly and quickened like a good stayer."

Not The End For Eckstein
Chris Waller isn't giving up on Eckstien playing a role in the upcoming carnival despite Coolmore's original plans to retire the mare. The mare closed to finish third on Saturday.\ 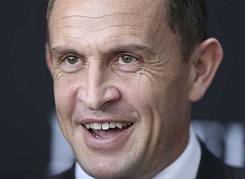 "I am gently twisting their arm and I have suggested to them that she is still going well enough to win a decent race in the spring," said Waller.

"As you saw today she finished the race off very well."

On the topic of spring, Waller didn't rule out the prospect of Winter Challenge winner Seaway being a sneaky Epsom hope but he'd need to prove himself worthy of a shot at Group One level first.

"He is a Group Two type of horse, he won't just make up numbers and who knows he might be a rough Epsom chance but realistically it'll be more so the lead up races," said Waller.

Cradle Mountain was beaten a long way from home and was found to have a slow recovery.

Jockeys On The Beaten Favourites
Jay Ford (Connemara): "She had her chance, got a sweet run in behind them, challenged and half way up the straight I thought I was going to out the race away but the winner was too strong for me."

Kathy O'Hara (River Bird): "She didn't have a turn of foot today, possinly came to the end of her preperation or it might have been the better track. Not sure but we'll see in the wash up.

Brenton Avdulla (Front Sight): "He overraced marginally but I thought he was there to win the race. He is still not there yet."

Check the results and replays from Rosehill Gardens on Saturday