What You Missed - Rosehill 31st August

Over To You, Tom!

It’s their strapper Adam Stewart and after Adana broke the shackles with a hard fought win in the Everest Carnival Handicap (1500m) the gauntlet has been thrown down to Tom Melbourne when he resumes ay Randwick next week. 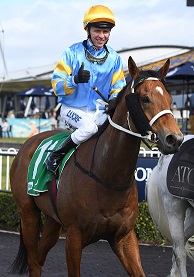 Kerrin McEvoy ensured Adana had plenty of clear air to make his run, something the talented but previously enigmatic gelding has had none of lately, and trainer Chris Waller said that will do his confidence a world of good.

“It’s easy to pot horses, but at least he’s got the job done,’’ Waller said.

“The monkey’s off the back now, and look out Tom’s back next week too.

“I won’t be rushing Adana back to the races, maybe in three weeks, he’ll get there and I reckon we’ll say he’s not a bad horse.’’

Tom Melbourne will make his return in the Group 3 Tramway Stakes (1400m), a race penciled in for the first-up runs of Doncaster placegetter Dreamforce and Hawkesbury Cup winner Archedemus and it could be our second look at Godolphin’s Cascadian.

Waller said the nine-year-old, who has finished second in both his Queensland trials this preparation, has spelled well and expects him to be his usual competitive self fresh.

“He’s good and he gets in the race really well at the weights,’’ he said.

As for Waller’s two TAB Everest runners, the Bob Peters-owned mares Arcadia Queen and Enticing Star, both will trial at Canterbury on Monday before the trainer locks in a first-up run.

He said September 14 is the likely date at least one of them will step out in the Group 2 Sheraco Stakes (1200m) or Group 2 Theo Marks Stakes (1300m) while the Shorts a week later is also on the radar.

“They are very forward in condition, Monday will tell me a bit more. We’ll try to find the right race and separate them as well as other horses,’’ he said.

Heavily backed Japanese bred mare Heart Of Grace will have to go back to the trials after she finished 70 lengths from the winner Mrs Madrid at her Australian debut.

After opening $34 earlier in the week, Heart Of Grace started $3 on course but jockey Brenton Avdulla told stewards the mare was in trouble a long way from home in the 2000m event and simply didn’t handle the conditions.

“The connections asked me to be positive, she was okay for the first part but she was beaten a long way out,’’ he said.

Heart Of Grace finished officially last with MIssybeel failing to finish, she was reported to have suffered cardiac arrhythmia.

Trainer Frank Pangallo reported the mare pulled up okay but with a slow recovery but it’s safe to say he won’t be starting her on a heavy track any time soon.

“She’s pulled up all right, I’ll have to see how she comes through it,’’ he said.

The heavy ground was also cited by Adrian Bott for the failure of Wolfe in the Group 3 Premier’s Cup (1900m).

Wolfe, who had won five from six previously, led to the turn but was the first horse beaten and Bott said he’ll take a look at the horse during the week before deciding on his next move, which could be to Melbourne.

Trainer Les Bridge reported TAB Everest runner Classique Legend has come through his trial earlier in the week in superb fashion and he’s now mulling over his next move. 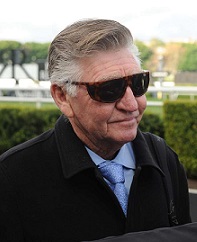 The grey, $8 Everest third favourite, finished a closing second behind Sunlight in a 1000m trial and while he won’t be tackling the Concorde Stakes next Saturday there’s a chance he could show up for an exhibition gallop.

“He had a setback and he missed a few days work, all things considered he trialled better than expected,’’ Bridge said.

The Concorde is set to include the likes of Redzel, Nature Strip, Sunlight, Pierata, Graff and unbeaten Queenslander Zoustyle

Classique Legend will face off with Everest favourite Santa Ana Lane when he resumes in The Group 2 $500,000 The Shorts (1100m) at Randwick on September 21 then goes to the Premiere Stakes (1200m) two weeks later.

Those races will answer a burning question Bridge has about the lightly raced four-year-old.

“He’s a really clean winded horse and two runs going into the Everest is ample for him,’’ he said.

“Everything has come so quickly, he just went terrific from the start. Has he made the improvement to beat these top class seasoned horses?

“He’s only had four starts in a race. If there is a little bit of a worry that’s what it is, but it’s not doubting the horse himself.’’

Doncaster winner and Golden Eagle equal favourite Brutal has recovered from a minor setback that has kept him away from the star studded trials in recent weeks.

Co-trainer Michael Hawkes said a “head cold’’ delayed the four-year-old’s preparation but there’s plenty of time to have him ready for his major spring targets including the inaugural $7.5m Golden Eagle.

“We have to protect these horses, we love making stallions.

“There’s plenty of time, there’s no panic stations. We let the horse do the talking, you’ll see him step out soon enough.’’

Hawkes said Brutal will have his first trial this spring in the near future with a first-up run not confirmed as yet.

What The Jockeys Said - Ming Dynasty

Comments from the jockeys after the Group 3 Ming Dynasty Quality (1400m).

Hugh Bowman (Quick Thinker): “What I admire most about this horse is his tenacity to win. I can see him being every bit as effective on top of the ground. 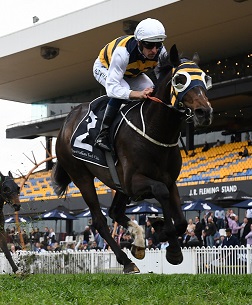 Andrew Adkins (Aspect Ratio): “Huge run by her. Little bit sticky early but we ended up in the spot we wanted to be. She travelled enormous. To me she didn’t feel like she handled the track at all but she kept surging when I asked her. To the line it was a huge run and she will come on for that. Hopefully I can stick with her she might be an Oaks filly in the future.”

Kathy O'Hara (Reformist): “He was good. He is still just very green, particularly in that going, but he will get better.”

Jason Collett (Rhaegar): “Wheels were spinning in those conditions but he found the line.”

Tim Clark (Academy): “Just overdid it with the blinkers. Just didn’t settle at all.”

Kerrin McEvoy (Subedar): “Just really struggled in the ground. He tried hard but didn’t enjoy it.”

All the results and replays for Saturday's Rosehill Gardens meeting