What You Missed - Rosehill 1st June

Exceedance 'Could Be Anything'
"It's scary how good this horse is."

Exceedance may have run a narrow third but the colt only enhanced his reputation at Rosehill. Jockey Tommy Berry was gushing in his praise given the amount of ground the two-year-old took off the winner, and race leader, Splintex.

Splintex ran home in 33.39s himself so what time did Exceedance clock?

"He is one of the nicest young horses I've ridden in my career," said Berry.

"I just speak highly enough of him. He is a green animal. He quickened at the 400m, again at the 300, 200, again at the 100, there is just no bottom to him. He pulled up and trotted in like he just went for a trot around the ring. He could be anything."

Team Hawkes indicated that Exceedance will now head to the paddock.

Exciting 2YO with punters confident he can back up his brilliant debut win. @BradJGray has him on top @tabcomau @VineryStud pic.twitter.com/DEUJsFbYNH

Ruby Shines Brightest
She copped a hit to the melon in the straight and paraded in season so Reelem In Ruby's win was full of merit. 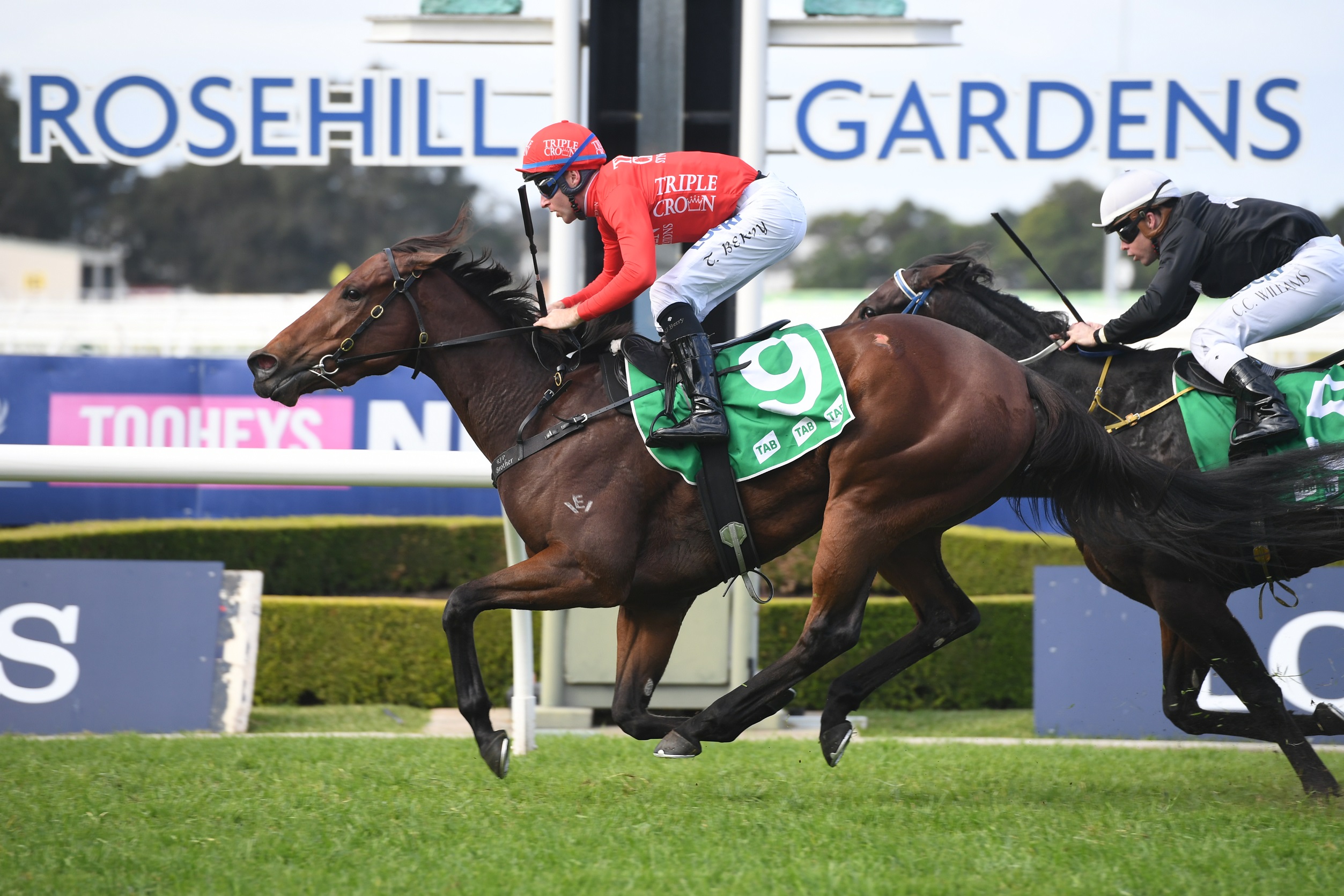 Reelem In Ruby as genuine as they come (Pic: Steve Hart)

But how does being in season impact a filly or mare? Peter Snowden answered that for us after the race.

"She was fine this morning, fillies cycle really quickly, but as soon as you put your hand on her you know, there are certain things they do and you know straight away they are in season," said Snowden.

"Some horses respond to it, some don't go at all, are slow out and don't want to be here but fillies like her that are genuine it doesn't affect them. It just further enhances how genuine she is - she'd go on wet tracks, dry tracks, big weights, she'd run until she drops.

"If you see horses that race with their head out they are trying very hard, and she is no exception."

Winning rider Tommy Berry added, "She was tough to the line and copped a hit over the head with a stick at the furlong,cthat slowed her up but once I encouraged her to go forward she was strong late."

Kapajack A Class Above
Co-trainer Michael Hawkes revealed that the owners of Kapajack knocked back "big money" for the three-year-old. 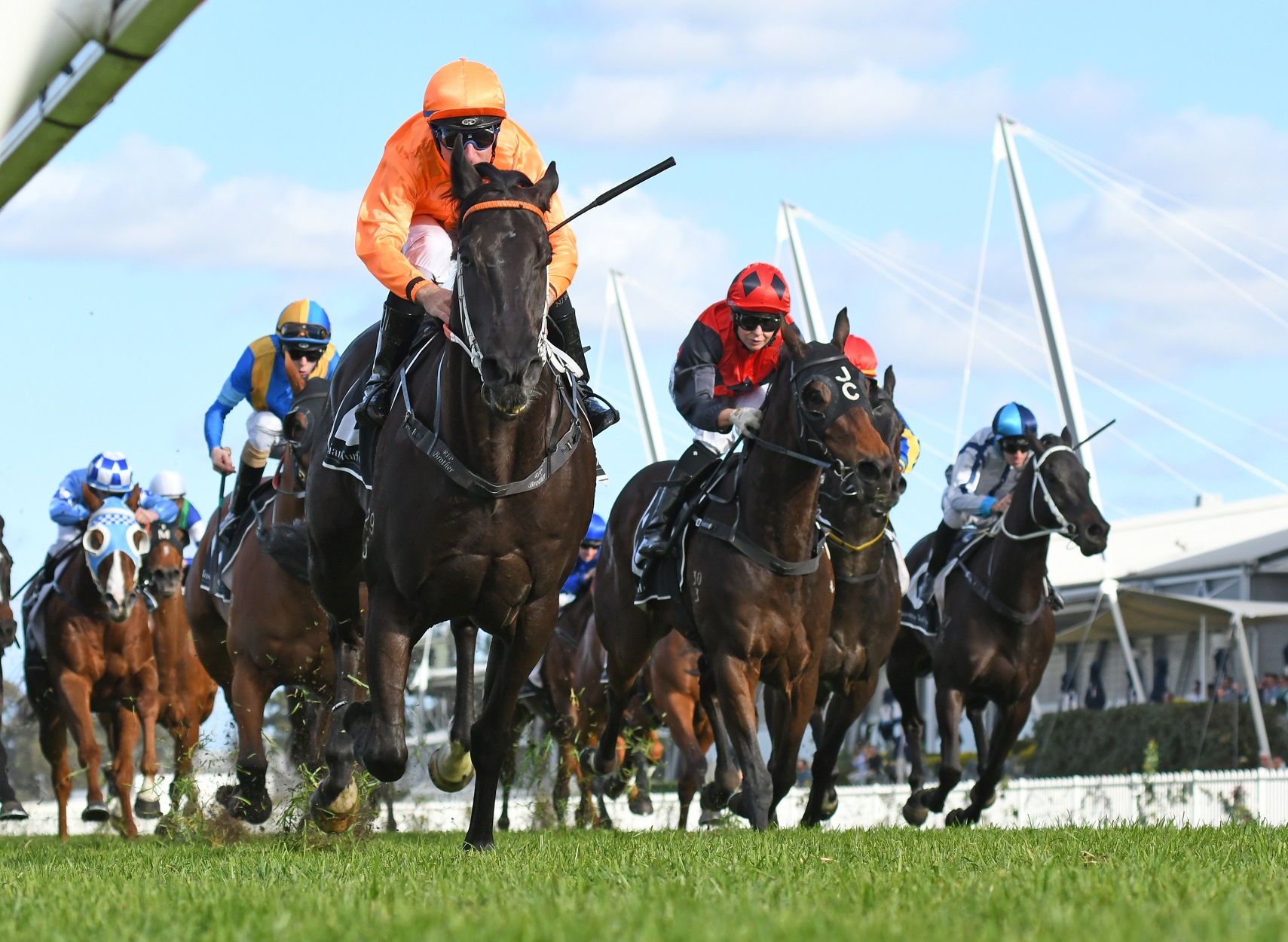 The future is bright for Kapajack (Pic: Steve Hart)

At just his fifth start he vindicated the group's faith winning in the manner of a horse destined for bigger and better things.

First up Kapajack wasn't suited when Zonk controlled the race from the front but once Tommy Berry found a three-wide trail here, the biggest worry the jockey had was finding the front too soon.

"The other day he took a little while to get there, in a race they ran home in good time, but he was just a class above them, plain and simple," said Berry.

Punters Intelligence reveals that Kapajack ran an explosive 600-200m section, including an 11.16s 400-200 which was two lengths superior to the next best in the race. Once the job was done, he switched off the last 200m clocking 12.07s.

Continue The Pursuit Of Coyle Filly
Spiritual Pursuit went down but lost nothing in defeat. She'll make amends next time out.

The three-year-old filly found herself trapped wide outside of Invictus Salute and Anna's Joy but despite that, looked to have put a winning break on her rivals half way down the straight. It wasn't to be though, with Wagner grabbing her late.

"It was a terrific run, she's very tough, just got used from the gate and the winner had the drop on us," lamented jockey Kathy O'Hara.

Punters Intelligence highlights that the leaders didn't go breakneck speed, with Spiritual Pursuit running 30.51s through the first 500m. It also shows how she peaks on her run having covered ground.

Excited to see speedy filly Spiritual Pursuit back at the races!

Most punters are too as she is into $2 with @tabcomau. Like most, @BradJGray has her on top pic.twitter.com/HcYuqKKJu7