What You Missed - Randwick Guineas Day

Pride Eyeing Off Group One With Fasika
Joe Pride has a huge opinion of Fasika. How do we know this? He hasn't been as nervous before a race since his star galloper Terravista was making a name for himself. 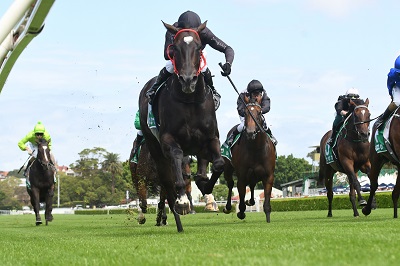 "I was spew nervy, it was horrible, the last time I felt that bad was when Terravista had his first start as a four-year-old and I was watching the race thinking he was the best horse I'd ever had," confessed Pride.

Terravista, of course, went on to be crowned the 'world's best sprinter' for a period and although Pride will let Fasika's performances guide where she ends the Sydney spring carnival, the trainer is eyeing off Group One targets.

"I have a few things in mind for her but let’s let the dust settle and it’s exciting to have her back in winning form. The race that probably stands out to me is the All Aged Stakes but let’s just see how she pulls up," said Pride.

"She is an exciting mare and there is still plenty of upside with her."

Tagaloa Ready For Slipper Rematch
The gap in the Golden Slipper market between Farnan ($7-$4.50) and Tagaloa ($9-$8) has widened after Farnan won the Todman Stakes in dominant fashion but Tagaloa's co-trainer Natalie Young said her colt will be exactly where they want him in a fortnight.

"We got him to settle in behind them because we knew there would be a bit of speed," said Young.

"He just got a little bit lost around the corner but he hit the line fantastic. He had a blow and he'll be primed to two weeks' time.

"Michael (Walker) said he was looking at the horses in front of him and with that under his belt and a little bit of fitness, he'll come on nicely."

"It’s the right path for all the good colts we’ve had and he’s right up there with the best of them. he is  the deserving favourite heading into the race," said co-trainer Adrian Bott on Farnan.

Tagaloa and Farnan ahead of the Todman.

It’s been one way traffic in betting with Farnan now $1.80 with @tabcomau! pic.twitter.com/jy1XDU70Gg

Challenge Accepted For Nature Strip
There's a punting adage that says '1000m races are won by 1000m horses'. That rung true at Randwick in the G2 Challenge Stakes with Nature Strip burning turf in front. 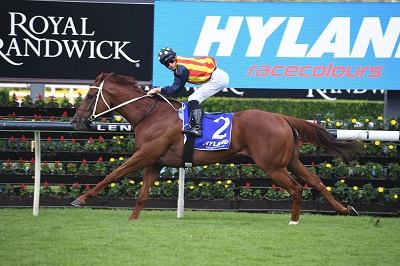 James McDonald had time for a look over the shoulder (Pic: Steve Hart)

James McDonald had the benefit of the inside but he showed incredible patience not to drive up the rail when several other speed horses teased to cross him.

“There is not a feel like it on a race horse. It’s pretty incredible and a pleasure to sit on top - when it does go wrong it goes terribly wrong," said James McDonald.

"There is a peanut between his ears. Some days it works, some days it doesn’t."

Chris Waller admitted he had originally planned on running in the Canterbury Stakes but after the Lightning Stakes flop, elected for the Challenge. Now it's full speed ahead to the TJ Smith Stakes over The Championships.

"It will take a very good horse to beat him," quipped Waller.

Waller Cool On Funstar Plans
Chris Waller will resist the temptation of running Funstar in the G1 Coolmore Classic (1500m) next week, instead opting for the G2 Phar Lap Stakes.

"At this stage it's unlikely that Funstar will run in (the Coolmore), we'll go with Sweet Scandal, Noir and Fiesta," said Waller.

That same patience will be shown with Shared Ambition, with Waller unlikely to run the Randwick City Stakes winner in the G1 Ranvet Stakes in a fortnight.

"I don't know if he is a weight for age horse yet, he still does a few little things wrong. Mid-race he was a bit keen and in my opinion still races in patches," said Waller.

"While he is a handicapper, we'll run him in the right races rather than the Ranvet which will be there next year if we look after him. I haven't ruled it out but I'd be leaning against it at this stage."