What You Missed - Randwick 11th January

Have We Seen The Last Of Classique Legend? 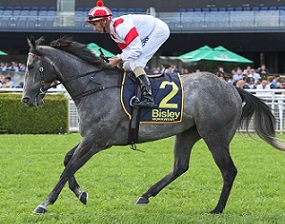 Classique Legend was placed behind Pierata and Brutal in the early spring then ran sixth in the $14m TAB Everest at just his seventh race start and tenth in the Golden Eagle with Bridge adamant we’d see the best of him in 2020.

“I think he’s going to Hong Kong. I’m not sure but I think we might have seen the last of him, I’ve got to get another good one now,’’ Bridge said.

“He had no luck in the Everest and if he’d got that run and been right in the finish it might have been different.’’

Bridge had nothing but praise for Chris Williams’ winning ride on Helga and the apprentice was rapt to be able to donate $200 to the bushfire appeal from his win.

Despite initially not wanting to sit outside the lead, Williams sought Bridge’s permission to do that after scratchings reduced the field to eight and there looked a lack of pace.

“The ride won the race, he rode it brilliantly. Jumping up from 1200m, he took the initiative and assessed the pace brilliantly,’’ Bridge said.

Williams, who grew up near Bourke, is one of a number of jockeys who are donating some of their percentages for each winning ride to raise money for those affected by the bushfire crisis and he hopes Helga is the first of many this month.

“Everyone is getting behind it, it’s a good cause,’’ he said.

“I have family back home and they struggle with the drought but we still have a roof over our head. If we lost our whole place I don’t know what we’d do.’’

Trainer John Sargent is eyeing a Group 1 in New Zealand with rejuvenated mare Luvaluva after she lumped 59kg and overcame a dawdling tempo to win the Listed $150,000 January Cup (2000m).

And Sargent shed light on the booking of Koby Jennings for the five-year-olds past couple of runs and it’s a big rap for the 24-year-old hoop. 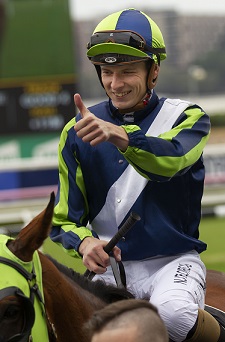 “People asked me why I put Koby on, I just thought he reminds me a lot of Blake Shinn who had success on her,’’ Sargent said.

“He’s tall, got good hands and is a very relaxed type of person.’’

Luvaluva handed Jennings his first stakes win in the Group 3 Summer Cup on Boxing Day and his ride was another pearler to get the short priced favourite home.

That cool head Sargent talked about came into play when Adam Hyeronimus was able to control the race on Taikomochi but Jennings put Luvaluva into a striking position before the turn, running 11.20 from the 600m-400m, and her class shone through.

Hyeronimus got away with running the first 1000m in 1:07.55 (Punter's Intelligence) and Sargent said Jennings summed up the race to perfection.

“We didn’t get the drag into the race, we had to go a bit early but I thought that might happen,’’ Sargent said.

Jennings said he spent plenty of time anaysing Luvaluva when he was given the ride in the Summer Cup and the results are there for all to see.

"She settled for me a lot better today, she was probably a touch fresh last start, but she keeps going forward and doing everything right,'' he said.

"Once we got popped out she grabbed the bit and wanted to take me up there but she's proved too good.''

The Herbie Dyke is run on February 8 at Te Rapa.

Championships Assault Up And Running

It’s not often you send yourself back to the drawing board after a win but Goulburn trainer Danielle Seib needs to reconsider Assault’n’bathory’s path to next month’s SERA Country Championiships Qualifier.

The six-year-old led all the way to a first-up TAB Highway (1200m) win at Randwick in what served as a preview to the 2020 Country Championships downing Lady Demi and Tale Of The Kraut. 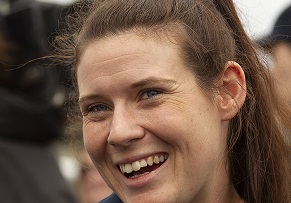 Lady Demi is also heading to the SERA heat at Nowra on February 16 while Tale Of The Kraut is eligible for the Central Districts heat at Mudgee.

“He might have ruined the plans now, he was going to head to an Evening Star Benchmark 70 because he’s six and it’s for five (years) and up but I’m not sure now,’’ Seib said.

“He was going to go into the qualifier third up. I thought he had a bit more improvement in his condition but I think he’s really taken another step.”

The gelding did miss a planned jump out due to the intermittent smoke haze in the Goulburn area but a solid gallop on his home track last Monday had him heading in the right direction.

Seib, who is also a school teacher, said jockey Winona Costin deserves a heap of credit for the first-up win.

Not just because of the heady front running ride from an outside gat but work behind the scenes.

“That was a terrific ride, she knows the horse really well,’’ she said.

“She did all the hard yards when he had problems with the barriers. She deserves all the credit.

“He’s come back and he knows what he’s doing now.’’

Lady Demi would have pleased trainer Terry Robinson with her eye-catching second, Punter’s Intelligence showing she running the fastest last 600m of 34.45.

Owner Geoff Grimish is well known for giving his horses war related names and shortly after the promsing colt Splintex made it three wins from six starts he revealed he keeps a splintex as a lucky charm.

He said the small, dart like, device saved his life in the Vietnam War 50 years ago and saved one both as a memento and source of luck.

“When they attacked the gun position we had to fire them directly at the enemy and that’s what saved us,’’ he said. 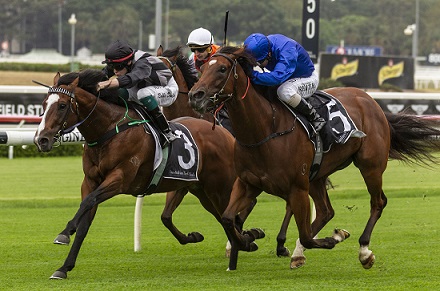 “Had we not had those they’d have killed every one of us.’’

The colt didn’t need an awful lot of luck though he did have to fight a bit to claim the Bushfire Appeal Race Day 25th January Handicap (1000m).

Robbie Dolan elected not to get into a battle for the lead and eased Splintex behind the speed, he made his run with the runner-up Aquitaine and proved a little too strong late.

The colt could be set for a race like the Group 1 Galaxy (1100m) at Rosehill in March if he keeps improving.

"When I had a look at the speed map, I knew Witherspoon was very keen and would be up there," Dolan said.

"I watched Omar's trial and he also goes very keen.

"So, I said to the owners, if we can take a sit and land in the one-one he will be hard to beat."

Interestingly, Grimish revealed his former Group 1 placed stallion Counterattack is standing at stud in Germany and will be having his first runners later this year.

All the results and replays from Saturday’s Royal Randwick meeting