What You Missed - Missile Stakes Day

Godolphin Produce Up And Comer
James Cummings could be tempted into throwing unbeaten three-year-old Subedar into Group company at his next start. 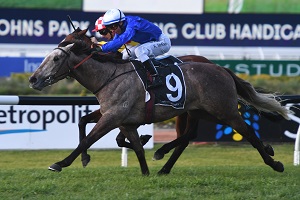 "He seems to me like the horse with a great winning attitude, he keeps sticking his neck out and knows how to find the line," said Cummings.

"We have an opinion of Subedar and he can keep coming up through the grades from here, by the same token it's not impossible that he'll end up in the Up And Coming if that race doesn't look too strong off the nominations.  He is a horse that we like and is certainly going somewhere."

Meanwhile, forgive the runs of Adana and Savoury.

"It was a barrier trial really, he felt good and will be ready to go next start," said Hugh Bowman on Adana.

Brenton Avdulla on Savoury added, "I thought he ran well. He just got held up at a crucial time. He peaked on his run 1100 to 1400m but he'll probably meet the winner again in a couple of weeks in one of those better races and he'll run well."

Queen And Star To Wait A Week
Enticing Star and Arcadia Queen won't be seen at the Randwick trials on Monday, instead the week after at Rosehill, with Chris Waller thrilled with how the pair are ticking over ahead of the spring. 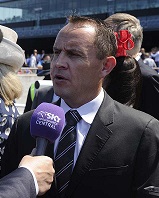 "They are well ahead of schedule, I’m not saying they are too far advanced but they don’t need to have a trial this week. They’ll definitely trial next week, I’m going to gallop them Tuesday morning," said Waller.

"I couldn’t be happier with them. I had them ready to go in case of wet tracks, where you can miss trials. Our team is well ahead of schedule."

As for Waller's early read on the two TAB Everest contenders, he still doesn't know what is under the hood.

"I haven’t pressed the button on them but they came to me in great condition. We haven’t pulled the trigger but Hughie and James (McDonald) have both had a ride on them and been pretty happy with what they’ve felt," said Waller.

Jockey Quotes - Rosebud
Tim Clark (Dawn Passage): "I would have loved to have been a pair closer but it wasn't to be. Really loved how he let down and pinned the ears back the last furlong to savage the line." 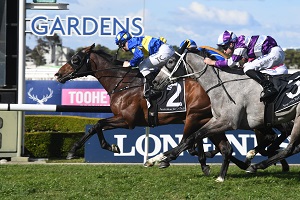 James McDonald (Anaheed): "She had to work hard to find the lead and faded late, she is a nice filly."

Rachel King (Escaped): "Not a bad run, not quite there yet still a preparation away."

Brenton Avdulla (Let It Pour) "She ran terrific, a filly still learning her craft but I think she'll win one soon."

Jay Ford (Cardiff) - "He ran well, obviously he is very keen aggressive customer. He felt the pinch the last 100m."

Tommy Berry (Lucicello): "It was a massive rise in class, it shows she is up to the task, the winner just sprinted better than us on the day."

Kathy O'Hara (Not Feint Hearted)- "He went okay, he'll make a nice gelding in the future." 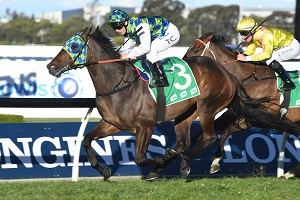 Winning is a habit for Prime Candidate (Pic: Steve Hart)

"He made nice improvement from his first up run, where he hadn't had a run for a long time, I thought he went great and improved off that. I really wanted to break them up at the 600m, that's the kind of style he is, a tough on-pacer and he got away with it," said Clark.

That took the five-year-old's record to five wins from seven starts, so he profiles like a horse capable of taking another step.

"He is only lightly raced and a big strong horse, I think he'll run 1400m. I reckon he'd be a nightmare to get past doing his own thing over that trip," said Clark.

Meanwhile, Tommy Berry was left to wonder what could have been on runner up Dawn Dawn.

"She has come back in great order and if she doesn't get held up she probably wins," quipped Berry.