What You Missed - Hawkesbury Cup Day

By Ray Hickson
At Hawkesbury

Trainer Peter Snowden is cool at the best of times but he admits to feeling a bit of pressure when you’re dealing with an expensive colt. 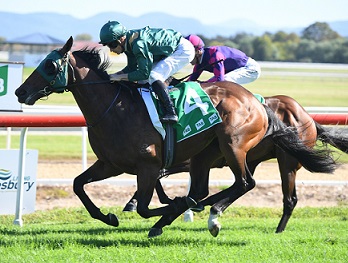 So among the excitement of Creator’s win in the TAB Clarendon Stakes (1300m) there was some relief that the $1.5 million Redoute’s Choice colt is heading in the right direction.

“He always looked to me like a horse that want a bit more time but time isn’t your best friend when you have a colt with a pedigree like he has,’’ Snowden said.

Punter’s Intelligence data showed the colt’s win had plenty of merit too – not only did he set a new race record he ran faster overall time than the mares in the Group 3 Hawkesbury Crown for the 1300m.

James McDonald was forced to make a long run on Creator and his 800m-600m of 10.85 was far superior to any other for that section of the race. He easily ran the fastest last 600m of the Clarendon as well in 34.07.

It was the first of four wins on the day for McDonald who also tasted success on Military Zone in the Guineas, Major Danger in the Highway and wrapped up the day on Signore Fox in the final event.

“The blinkers really switched him on,’’ Snowden said of Creator.

“We were going to get into a good spot, went back to an awkward spot and James had to get on his bike early and sustain a good gallop.’’

It’s likely Creator will be aimed at the Group 1 JJ Atkins Stakes (1600m) in Brisbane and he’ll likely head straight to Queensland and bypass the Scone carnival.

But Scone and the Inglis Guineas is likely on the radar for Group 3 Hawkesbury Guineas winner Military Zone after he staved off Trope to take out the feature three-year-old event.

"He's only second-up so you'd think there'd be improvement to come,'' Snowden said.

"He's better than a normal horse, he's one with plenty of potential.''

Miles Of Promise In Trope's Future

Jockey Christian Reith couldn't believe Trope wasn't able to run down Military Zone and claim the Hawkesbury Guineas (1400m) but he's adapant the colt is all promise waiting to be fulfilled.

Trope had Military Zone in his sights all the way down the straight but Reith said he just took too long to hit top speed.

"I said to Michael (Hawkes) it took him forever to wind up,'' Reith said.

"I felt he was always going to get there but he was taking his time getting there.''

Punter's Intelligence sectional data reveals Trope clocked the fastest last 600m of the Guineas, running 33.62 and a last 200m of 11.19.

"He's still a bit green and raw but he is a very nice horse for the future,'' Reith said.

"He made up a length and a half from the 150m mark, he's a very nice horse who will run a mile easily. He might be a horse they will put some gear on later in his career but he gives a great feel.''

Tom Does What Tom Does

It's second placing number 12 for racing's favourite bridesmaid Tom Melbourne but there was no knocking the enigmatic galloper from jockey Glyn Schofield.

Try as he might, Schofield said Tom Melbourne just couldn't reel in the front-running Archedemus with the 6kg weight difference and he failed to win the Group 3 Blacktown Workers Hawkesbury Cup (1600m) by half a length.

"He ran well, he loomed up to the winner but the winner responded with the lighter weight. I can’t knock the performance,'' Schofield said.

All honours though to trainer Gwenda Markwell and Archedemus who atoned for his unplaced effort as favourite in the Provincial Championships Final.

It'd been a memorable carnival for the quietly spoken Kembla Grange trainer who snared the Group 1 Australian Derby earlier this month with Angel Of Truth.

"He knows how to win a race,'' Markwell said of Archedemus who made it six wins from just nine starts.

"Knowing the horse I knew he’d keep going. He’s been up for a long time but he hasn’t had much racing. I liked him with the 53kg though I was a bit worried about the hard track.''

It'd been 25 years since jockey Corey Brown had won a Hawkesbury Cup, going right back to 1994 on Jack Attack.

It’d be one of the more surprising droughts in New South Wakes racing this season but Goulburn trainer Danny Williams prepared his first Highway winner since July when Major Danger won at Hawkesbury.

To his credit Williams is the first to admit his run of outs in the TAB Highways has frustrated him. 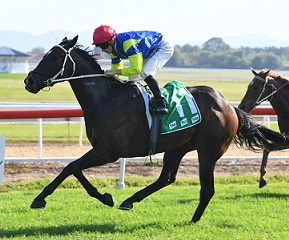 “We’ve had a very lean run since the start of the new season…our horses have been going moderately and I’m first to admit that,’’ Williams said.

“I’m a very competitive person, I have no answers for it and it’s one of those things you have to get through.’’

Highway Sixty Six at Rosehill on July 7 was Williams’ last Highway winner and Major Danger took his tally to 16.5 wins since the concept’s origin.

Major Danger was having just his fifth race start and posted his second win, with Williams praising the four-year-old’s toughness. The trainer also provided third placed Bridyn May who he’s forecasting will be winning a race shortly.

“He’s been a horse plagued with issues, if there was a problem he will find it,’’ he said.

“He had a kidney infection, back problems and a lot of minor issues. Since his last run he’s had an opportunity to have a break and I’ve never seen him look better.

“Bridyn May is a one dimensional mare who likes to roll and I think this preparation she is going to be suited to 1400m. We’ve only tried it once and that was at the end of a prep.’’

Baker's New Mare On The Block Takes The Crown

Irithea still has some way to go to claim the title of the number on mare in the Bjorn Baker stable but her win in the Group 3 Killahy Equine Hawkesbury Crown (1300m) has her on the way up the ranking.

The benchmark for a Baker mare is Champagne Cuddles but what the trainer likes about Irithea is that she doesn’t seem to have finished improving yet.

The five-year-old came within a whisker of Shillelagh’s race record and handed Josh Parr his third win in the feature fillies and mares race with her easy all the way win over Godolphin pair Multaja and Manicure.

“She’s five years old and not often you say a five-year-old keeps improving but I was really confident at the start of the preparation she was going better,’’ Baker said.

“She came back a better mare after the Gold Coast, maybe the trip away helped.

“Champagne Cuddles is a Group 1 performer and she has a bit more brilliance but I wouldn’t underestimate Irithea.’’

Baker said he’s likely to miss the Group 3 Dark Jewel (1400m) at Scone in two weeks in favour of attempting to get Irithea into the Stradbroke in Brisbane.

“We’ll have a think about it, we may go straight to Queensland and give her a few weeks between runs,’’ he said.’’

Late May Return For Cradle Mountain

Fans of talented sprinter Cradle Mountain may have to wait until the end of May for his return despite winning his second trial on Friday.

Jockey Jason Collett said the five-year-old appears to have come up well but a foot abscess set him back from trainer Clare Cunningham’s planned return in Thursday’s Wagga Town Plate.

It also means he’s unlikely to head to Scone so will be marking time for the At Sea Handicap (1100m) at Randwick on May 25.

“He had a quiet trial first-up. We did a bit more on him Friday and he changed legs at the 100m and ran away from them. He’s coming up nicely,’’ Collett said.

“We’ve given him a nice solid build up so he will be fit and ready to go first-up.’’

Cradle Mountain, a winner of six from 10, hasn’t raced since running second behind Fell Swoop in the Listed Razor Sharp in mid-December, his first attempt at stakes level.

There’s a chance Cunningham will give him a third trial prior to resuming.

While Cradle Mountain isn’t heading to Wagga, Collett will be and he’ll partner Plein Ciel for Anthony Freedman in the Listed $170,000 Wagga Wagga Gold Cup (2000m) while he’s picked up the ride on David Pfieffer’s Ghostly in Thursday’s feature Wagga Town Plate (1200m).

All the results and replays for Saturday’s Hawkesbury meeting