Breeders' Edge Over Gimcrack
Global Quest ran two lengths quicker than Every Rose in taking out the Breeders' Plate, with much of the difference in the closing stages. 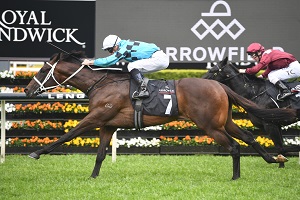 Global Quest ran his last 600m in 34.64s, the quickest of both races, with runner up Postcode clocking 34.70s. There was certainly merit in the run of Belieber having covered ground throughout. He still quickened well from the 400-200m (11.40s) which ranked the second quickest in the race. He was entitled to feel the pinch late like he did.

"I am not surprised to see him jump out of the ground today. Pre race he was coping well so all the right signs," said Chris Waller, before adding that the $1m Golden Gift (1100m) on November 9 is now worth considering.

Funstar The 'Real Deal'
"She is the real deal. It was her first Group One but won’t be last Group One."

Chris Waller has always had a huge opinion of Funstar and the filly went some way to vindicating it, dominating the Darley Flight Stakes (1600m). 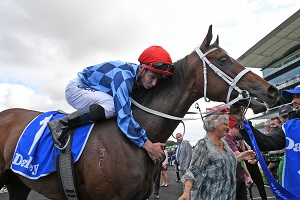 Waller will know use the 'Winx template', suggesting she is likely to head to the paddock with an eye on her longevity.

"We were in the same position with a similar horse a few years ago. She ended up being a very good horse for the stable," said Waller.

"Think it would be hard to break my belief, looking after them and respecting her age. She has been basically in since June but I’ll have a talk to the owners. She could go to the Spring Champion or the Thousand Guineas. We look after the horse and they will look after you. If I have my way we will see her in the autumn."

Kerrin McEvoy said of runner up Probabeel, “Ran well, ground probably a little bit softer than last time might have just gone against her a little bit, but she still ran a gallant race.”

What Do Godolphin Do?
Osborne Bulls pulled up lame in the G2 Premiere Stakes prompting James Cummings to tell stewards that he "won't be in a rush to run him" in The TAB Everest in a fortnight.

Golden Rose winner Bivouac and three-time Group One winning mare Alizee are waiting on in the sub bench. It's a pretty fair duo to call on. There's every chance that both will end up in the final 12 with slot holder James Harron not hiding his admiration for the pair.

It could simply just come down to which horse Godolphin would prefer to be running in their own slot. Surely it's the three-year-old colt? Harron does, however, also now has Brutal to consider.

Golden Eagle Set To Soar
How is the depth of the Golden Eagle when Kolding, after winning the $1m TAB Epsom, is still only on the fourth line of betting for the new $7.5m race!

Tasmanian mare Mystic Journey could be in the mix for the race having run fifth in the G1 Turnbull Stakes at Flemington.

"These are horses that are still learning their confidence and craft," Waller said of Kolding, "It was a lovely race for him."