Hungry All Heart In Gallop
Hungry Heart put the finishing touches on her Golden Slipper preparation having an exhibition gallop at Rosehill alongside stablemate Madam Rouge.

"Hungry Heart has done everything right since being so impressive first up, today will keep her stimulated. She worked with an open class horse which is a good sign, I'm very happy with her," said Waller.

When it came to the Sires Produce Stakes and Champagne Stakes, Waller hasn't made any plans with the daughter of Frankel beyond next Saturday.

"I see her as a very good Flight Stakes filly so we'll assess after the Slipper, and make sure we don't mess her up," he said.

Madam Rouge, meanwhile, has been targeted at the G1 Galaxy (1100m) given how explosive she was off a similar freshen back in December.

"Madam Rouge is where we need her to be with two trials. The Group One box is still there to tick, she has won a Group Two, then it leads into the Sapphire and then into Adelaide and then maybe up to Queensland for the winter," he said.

Decision Time With Funstar
Funstar is on the board for the autumn, winning the G2 Phar Lap Stakes (1500m) and Chris Waller now has to decide between the Vinery and the Doncaster. 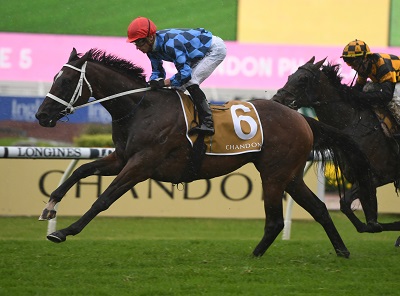 "I'd say the Vinery but obviously we have to make a decision pretty quickly because it's she's not really a chance of going to both being a week apart, it'll be on one or the other," said Waller.

"Traditionally we've gone the Vinery route and it would be hard for me to be swayed."

That's now five of the past six editions of the Phar Lap Waller has won and he was  unequivocal in labeling the daughter of Adelaide the stable's "rising star after Winx."

"She's really good, very good, she's a better horse than a lot of good horses I've had at the same stage and if she can keep improving like what most of our team do, we'll be in business for a long time," he continued.

James McDonald didn't hide his admiration for Funstar either, adding “Her work this week has gone up a couple of notches, she is a weapon.” 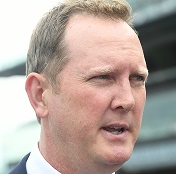 "He may back up next week in the Ranvet. We will see how we go," said Hawkes.

"We are leaving every option open, there isn't an option not on the table. How far we get is up to him but do we go the extra distance or keep him to 2000m?

"He was always going to have a light autumn but there is a Queen Elizabeth around the corner for $4 million. He is a progressive horse and we don't like to get too far ahead of ourselves but he is pretty exciting."

Tommy Berry said that Master of Wine wasn't entirely at home on the heavy track, which is a scary thought given how arrogant the win was.

“We really need an Australia weight-for-age star to step up and say I’m the best going around, he’s won his last four now and while he is still far from the top, he’s slowly getting there," said Berry. 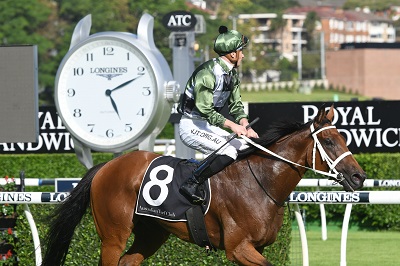 "He has a nice light weight," said Chris Waller, "I don't think he is a fully mature horse in terms of racing against weight for age horses and if you get a wet track running him over 2400m we wouldn't be doing the right thing by him."

"The (Tancred) is on every year and he has a light weight in a Doncaster, lets hope he has enough speed to be competitive at the end of a tough mile race."

Kolding will also return to Sydney for the $3m Doncaster over The Championships, with Waller putting his poor Melbourne form down to not handling that way of running.

"He just isn't effective (left-handed). He has a bit of weight compared to when he won an Epsom but I would expect him to bounce back to form. He has been going as well as ever," he said.

Kolding and Shared Ambition are both $15 chances for the Doncaster with TAB.