What You Missed - Apollo Stakes Day

Tenley The 'Sleeping Giant'
Godolphin's two-year-old stocks get stronger by the week with Madaglia D'Oro filly Tenley taking out the Pierro Plate (1100m) and Kerrin McEvoy didn't mince his words after the race. 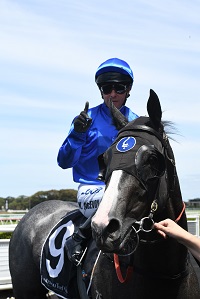 "It was a stylish win. She picked up really well from the 400m onwards, and was strong on the line. She is a star filly on the rise," McEvoy quipped.

Stablemates Tassort and Exhilarates head Golden Slipper betting at the moment with TAB, and now Tenley has come into calculations firming from $101 to $26.

"She is a bit of a sleeping giant, in her trial the other day she was a bit laid back and didn't trial all that impressively but since we put the blinkers on her she has really woken up," said Darren Beadman.

Punters Intelligence reveals Tenley ran her last 600m in 33.77s, some three lengths superior to the next best, and 11.31s for her last 200m.

Tassort resumes next week in the G2 Silver Slipper Stakes and Beadman said it's all systems go.

"He is well, he trialled very nicely and has come out of that super," he reported.

Brutal By Name And Nature For Punters
It wasn't a pretty watch for punters who chimed into Brutal at the odds on quote in the G2 Southern Cross Stakes (1200m).

With Dothraki and In Good Time settling one-two, there was nowhere for Brenton Avdulla to go. He was forced to sit wide with Punters Intelligence, not surprisingly, revealing the three-year-old covered the most ground in the race (1205.6m).

"He ran honestly, and tried hard. He was a bit stiff, if he draws a gate he probably wins," said Avdulla.

Sam Clipperton didn't take long to get back among the stakes winners, guiding Eckstein to victory and the hoop, who recently spent two and half years in Hong Kong, suspects this could the the campaign Eckstein gets her dues.

"It was a good win. I was expecting her to grind home and run fourth not run over the top of them. She is a genuine Group One mare without winning one, but this preparation might be hers," he said.

Lanciato and Noire were both finding the line late, clocking 11.41s and 11.48s, for their last 200m splits respectively.

Brutal by name and by nature? We’ll find out shortly in the Southern Cross Stakes.@HawkesRacing @tabcomau pic.twitter.com/ouiIgYn0kH

Winx Through Punters Intelligence
Hugh Bowman didn't have the same concern as he often has with Winx over 1400m. There wasn't the customary flat spot, or at least it wasn't as pronounced.

That was due to the pressure in front with Tom Melbourne clocking 47.12s for his first 800m. That's an above average clip. Happy Clapper sat on his outside of Tom, recording 47.20s.

The champion mare started working into the race at the 600m with an 11.07s split from the 600-400m, just outside of the quickest in the race for that section, which was Unforgotten (11.05s).

It goes without saying that Patrick Erin batted way above his average to finish fourth over 1400m but the hidden run was Unforgotten. She dashed quickly between the 800-200m but peaked on her run late.

Download the app ahead of the autumn if you haven’t already! pic.twitter.com/hOgV1CnBVd

Rich Road Ahead For Nakeeta Jane
If they can't beat Nakeeta Jane over 1200m how will they beat her over the Oaks trip? 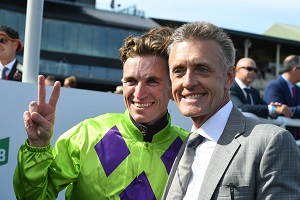 "That was pretty special, I had an inkling that could happen today because the amount of improvement she showed rapidly last preparation," beamed Newnham.

"She is top class, there is no doubt about that, for her to be doing what she is doing in four starts, we've got a good road ahead of us."

That road will be the Surround Stakes next start before Newnham decides between the Coolmore Stud Classic and the Phar Lap Stakes with the Storm Queen and Australian Oaks the long term goals.