Trainer Kim Waugh was feeling much better about Trumbull's chances in the $150,000 Polytrack Provincial Championships Qualifier at Gosford on Saturday before he drew a horror barrier but she'll do all the homework she can to try to help the horse overcome it.

Trumbull, the favourite for the series final at Randwick on April 11 at $8 with TAB, drew barrier 17 for the 1200m event and if the two emergencies come out the four-year-old gelding will start from 15 in a 16-horse field. 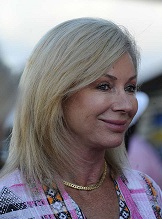 That is on top of Trumbull having to carry equal top weight of 59kg.

Waugh still likes the horse's chances if he can get reasonable luck in running, but that is the great unknown at this stage and jockey Grant Buckley will obviously have his work cut out trying to get across into a decent position.

It is at least a long run from the 1200m start at Gosford to the only bend that eventually delivers the field into the home straight but Waugh wasn't taking that as consolation.

"I don't think 17 has ever been a good barrier for any horse, under any circumstances," she said.

"You've just got to do your best, I suppose.

"I'll have a good look at the other horses that are in the race and where the speed is likely to come from before I make a decision on how we'd like to ride him.

"There's only so much you can do when it's only over 1200 metres and you're drawn so far out, but we'll do all we can and then the jockey will take over once they jump."

A highly respected and very experienced jockey like Buckley will certainly be a big plus, as will the fact Trumbull - with five wins and five placings from 11 starts - rates very well at this level.

Trumbull has the highest benchmark rating in the field with 83. The Kris Lees-trained Asharani is the next highest rated with 82.

Asharani, which is equal-second favourite for the final at $11, has drawn barrier eight in Saturday's race and will start from seven if it's the two emergencies that come out.

"I'm happy with him and my other horse in the race - Oxford Tycoon. They've both done really well since their last runs. But you've got to qualify first - just because you're favourite doesn't mean you're in the final yet.

"This was always the qualifying heat I was aiming at with Trumbull. He had that run at Randwick at his last start to top him off for this.

"He was a little bit fat going into that run and has tightened up since, so there's certainly improvement there."

Trumbull won that Randwick race, a Benchmark 88 Handicap over 1200m on February 29.

Oxford Tycoon is also a last-start winner, in a Benchmark 72 Handicap over 1100m at Canterbury on February 21.

The first three horses home at Gosford will qualify for the $500,000 Polytrack Provincial Championships Final over 1400m at Randwick on April 11.

All the fields, form and replays for Saturday's Provincial Championships meeting at Gosford